Kyle Okposo's days as a member of the New York Islanders appear to be numbered, making him one of the prized unrestricted free agents in this year's class.

Isles general manager Garth Snow touched on the troubling reality of their cap situation, and noted failing to retain the 28-year-old is one of the tough decisions he has to make for the well-being of the team going forward.

Related: Garth Snow wishes Okposo 'nothing but the best' ahead of free agency

Okposo carried a cap hit of $2.8 million last season, and is due for a raise after notching his third-career 20-plus goal season.

The winger has long produced at a high level alongside John Tavares on the Islanders top line, and could provide scoring punch for several teams in need.

Jumping the Hudson River is a viable option for both Okposo and the Devils.

New Jersey has over $27 million in cap space, and apart from re-signing forwards Kyle Palmieri and Devante Smith-Pelly, general manager Ray Shero has no other major contracts to assess.

Still, with all those players needing contracts, Okposo could easily fit into the Devils' books, and could mesh nicely on a team that finished dead last in goals for (202) and goals for per game (2.22). 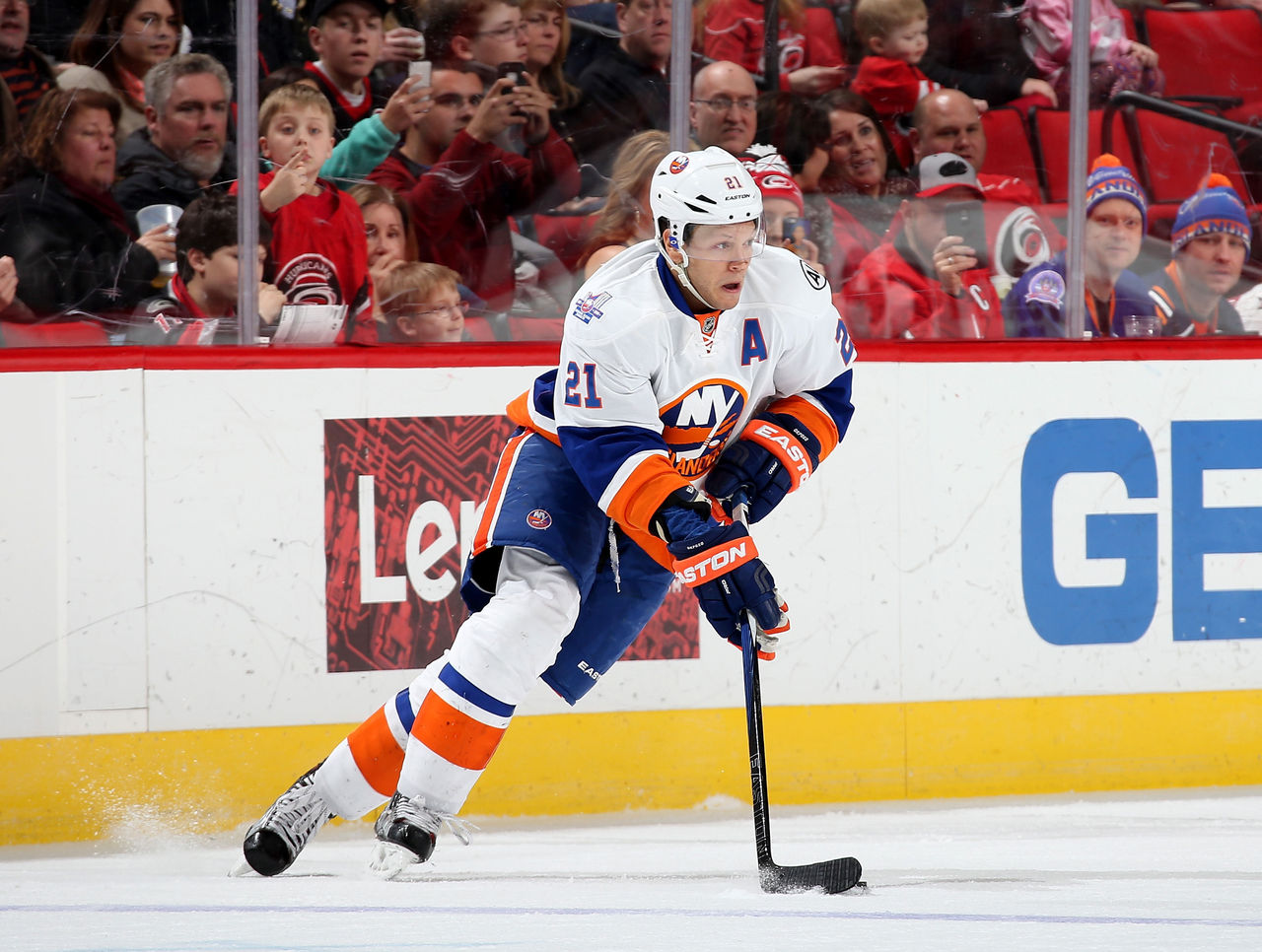 For a team that qualified for the playoffs, the Red Wings had a tough time finding the back of the net last season.

Detroit ranked 23rd in goals for with 209, and no longer have the wizardry of Pavel Datsyuk at their disposal.

The Red Wings have a distinctive blend of veterans and youth on their roster, and Okposo could easily bolster the depth on the wing in Hockeytown.

General manager Ken Holland is expected to make a run at Steven Stamkos, but Okposo could be a fair consolation, and fits nicely into Detroit's $11 million of cap space.

With the likes of Filip Forsberg - a restricted free agent - along with James Neal, Mike Ribeiro, and Johansen, Nashville had several weapons for the first time. It showed, with the team advancing to Game 7 of the second round.

Considering the plethora of talent on Nashville's blue line, if Poile wants to make a splash to take the next step as a franchise, Okposo could be the answer. With over $11.5 million to spend, the 28-year-old could fit in logistically, creating a formidable top six in the NHL's demanding Central division.