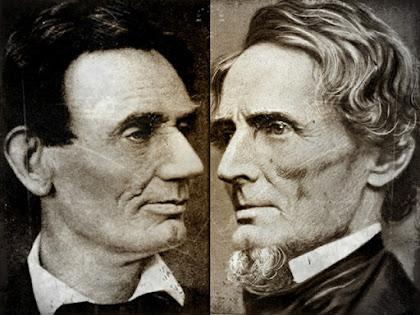 Many have the theory similar to John F Kennedy and Jimmy Carter, that Lincoln and Davis are the same person. I do not sense that, although at first thought it could be a possibility. The strongest sentiment is that they are separate people that could be related. Are rumors they were secretly brothers even though in history books it is portrayed as not related. It seems as if they did not like each other and was almost this brotherly rivalry energy of trying out do the other.

Higher self-answer, is that no they are not the same soul. It is like twins that look the same but most of the time is a different soul although the appearance of parallels in their lives is similar. Sometimes twins are best friends before this incarnation. What I sense, if they were not brothers in this incarnation, they were twins in another timeline to create this lifetime of both presidents.