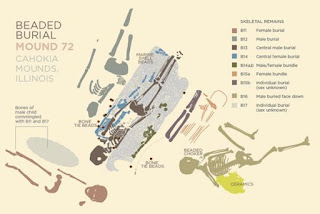 Almost 50 years ago, archaeologists excavating an ancient city just outside of St. Louis discovered a mass burial site with an unusual central feature – two bodies arranged atop a bed of beads, with several other bodies encircling them.

It was once thought that the elaborate ‘beaded burial’ structure at Cahokia was built as a monument to male power – but now, researchers suggest this is not the case.

A new analysis of the remains reveals that one of these central bodies is actually female, and researchers say the discovery of similar male-female pairs and the remains of a child indicates that women played an important role in society. 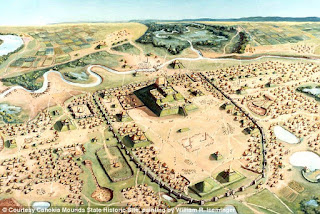 In the new study, published to the journal American Antiquity, researchers with the Illinois State Archaeological Survey at the University of Illinois and colleagues found that there are both male and female remains buried at the site of the Native American city, Cahokia.

Cahokia is said to be North America's first city, and is the largest pre-Columbian settlement north of Mexico.