Appearing on ABC's Grey's Anatomy in 2016 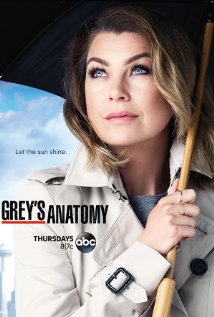 Yes. I know, I know. It has been a million years since I posted anything. What can I say, 2015 has been a year of many challenges.  I have had many opportunities to take a hard look at my life. Fortunately, when the dust cleared, I return with a renewed faith in the path I am on and a ever deepening determination to make a living making my dreams my reality.

I don't believe in coincidence, so I take in as an affirmation that after many months of "nothing", I made a commitment to making things happen and Boom I booked acting jobs!

I'm happy to report ,in October, I booked a recurring role on a fantastic show. I shot two episodes but as I signed a non-disclosure agreement, I will not say more, except to say I had a blast!  Life is good.

I can however mention that in early November, I booked a really fun role on ABC's Grey's Anatomy! I should appear in one of the early episodes when the show returns in February. The cast and crew were truly wonderful and made my experience sheer joy!

I have much to be thankful for these days.

When I have more to report, I will let you know!