Mary Lou Johnson is our Church's star dessert-maker.  Here is the picture of a torn-apart Apple Duff she made for a recent Fellowship Dinner... yes, it was delicious! 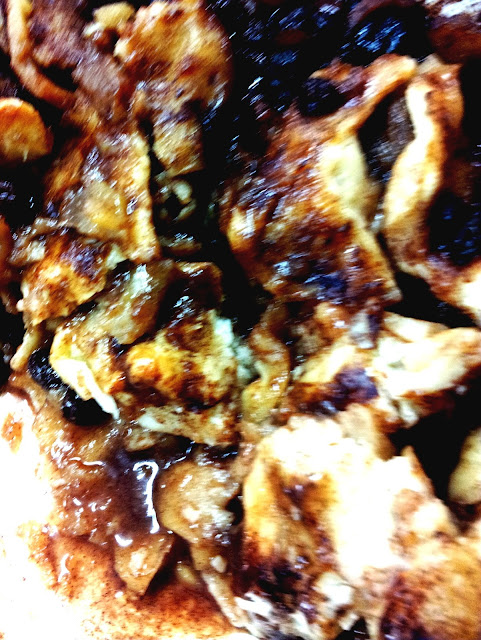 As the Irish baker in the video (following) states, the apple duff is "not the prettiest dessert in the world" but delicious, nonetheless.  I've taken the recipe in the video and made it both gluten-free and vegan, and somewhat less sucrose-sweet (by using lower-glycemic-indexed Coconut Sugar vs. regular brown sugar).

(For 2 Apple Duffs:
Another delicious Gluten-Free and Vegan Apple Dessert you might want to try  is:
Gluten-Free Apple Cobbler