Are You Just Frugal, or Do You Suffer From Frugality Disease? 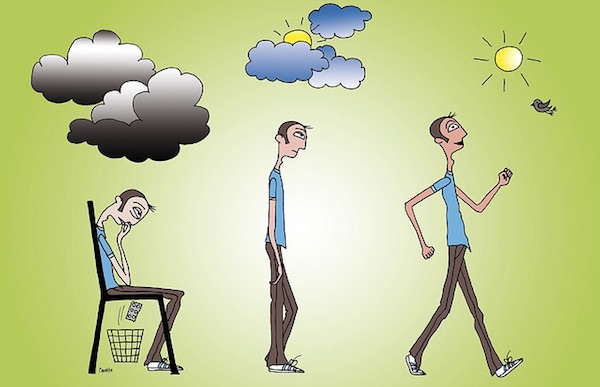 Raised by an extremely frugal parent, I now enjoy freedoms like turning fans on full power when I want to (seriously, how much electricity does that really waste?) and not saving things that are clearly junk but might be able to be fixed or re-purposed in some way. Still, some of that extreme frugality my parents swore by stuck with me.

As an adult, I take pride in being frugal in sensible ways. For instance, I’ve recently started buying the majority of my clothes from thrift stores and online re-sale services, managing to save serious money on either brand-new or only lightly-used, quality-brand items. But sometimes, that’s still not enough to keep me from experiencing spending guilt.

I had a reality check the other day when I felt guilty for spending money on a few items off the clearance and thrift store racks that were for myself. Something that should have brought me joy – finding great deals on clothing I needed and loved – instead had me second-guessing. Why is this?

The Fine Line Between Spending Guilt and Frugality Disease

I think I could be on the border between the spending guilt of extreme frugality and the irrationality of what some term “frugality disease.” Even though you won’t find this term in the medical dictionary, psychologists say it’s a real thing. According to the American Psychological Association, frugality is a common symptom of a mental disorder known as obsessive compulsive personality disorder (OCPD, often confused with OCD, which is different). Individuals who suffer from this tend to be extremely detailed, list-makers, and workaholics. They also exhibit the following behaviors:

Is this ringing any bells yet? Before you rush to schedule a counseling session, it’s important to note that you don’t necessarily have OCPD even if you have some of these symptoms. To decide which side of the line you fall on, look at these differences between the unhealthy type of frugality and the healthy version.

Healthy: Budgeting a portion of money for savings goals and emergencies.

Unhealthy: Hoarding your money because you’re excessively concerned about being wasteful or broke.

Healthy: Being careful with your spending.

Unhealthy: Being miserly, not just in your spending, but with other resources (even affection!).

Healthy: You wonder (like me) if you’re taking frugality too far.

Unhealthy: You don’t think you have a problem.

The ultimate warning sign you might be headed for “frugality disease”? — When the way you handle money starts to negatively affect your relationships with others and your quality of living. For instance, you can never have fun or relax with others normally because you’re unwilling to spend money (or even time, which equals money).

As some say, there’s no point to making money if you’re not spending it or allocating it for a specific purpose. If you can’t enjoy your hard-earned money without guilt, then maybe it’s time to re-examine whether your version of frugality is really healthy. In my shopping example, reminding myself of these truths helped me turn around my thinking so I was finally able to enjoy the things I’d bought for myself… without guilt.

Does anyone else struggle with extreme frugality, spending guilt, or even OCPD?