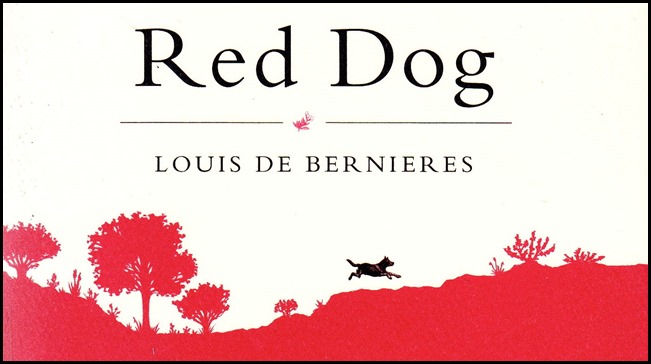 As a parent I’ve read many stories aimed at young readers- some are amazingly good and some are just tediously dull. I always wonder how much we can expect from children’s books- should they be teachers or entertainers? I have been amazed at the length and depth of books children can enjoy when given the chance and I’m cautious about the idea that books need to be simple for children.

When I first started listening to this I was taken aback as it’s not what I anticipated. I always think of Louis de Bernières as writing dense stories with overlapping narrative. This felt quite bare and stripped down.

As I got used to the style I really enjoyed the yarn. It was familiar of the stories that interweave throughout Louis de Bernières’ work. The characters who have deep tales that interact with each other. The story is of a boy who is removed from his day to day life in urban Australia and taken to live in the bush with his grandfather. The bush is familiar in the descriptions from films such as Crocodile Dundee. It was also reminiscent of the outback from the America conjured up by Laura Ingles Wilder in my youth. The story felt like a good escapist yarn. the boy had considerable amounts of freedom and went out having adventures. He got to know a new world- a world almost entirely populated by men.

Feeling good about the book I started listening to it again with my son. Listening to it a second time I was struck by the number of stereotypes in the book. The men are very mainly and tell him not to cry. They eat ‘bush tucker’ which is big meals of hearty piles of meat. The aboriginals (black fellows) are mysterious and wise. When a woman appears on the scene she is beautiful and clever and all the men fall in love with her. I realised that I’d read very little about the bush and had a fairly stereotypical view of the Australian outback. I felt like this wasn’t based on anything beyond that. I didn’t learn anything and my preconceptions weren’t challenged.

Louis wrote this book after visiting Australia for a literature festival, he spent a couple of weeks in a mining town where the book is set. He saw the outback and the places in the book. He heard the local legends about a dog called Red. The places and the stories are beautifully conjured in this book. The people though I think lack depth- visiting somewhere for only a few weeks doesn’t give you the opportunity to get to know the multi-faceted dimensions of peoples’ lives and being aware a book is for ‘young readers’ discourages complications.

The book is narrated by David Field who has a perfect voice for the places. His reading adds to the sense of place that is so strong in the text.

I give Red Dog three out of five stars.

You can buy Red Dog on Audible. The prequel to Red Dog is also out now and available on Audible. Blue Dog tells the story of how Mick meets his dog on arrival in the outback.

Jade is an international spy once masquerading as an accountancy lecturer in Bangladesh and now writing in sleepy England. She loves books, food and indie pop.
If you are reading this anywhere besides Addicted to Media, on Facebook, or in an RSS reader then the content is stolen. Please report stolen content to TheMediaAddict@gmail.com
Copyright 2008-2016 The Media Addict https://addictedtomedia.net
3mm154m2ndy
We use cookies to improve user experience, remember your preferences, and analyze website traffic. By continuing to browse this website, you consent to our use of cookies as outlined in our Privacy Policy.