Audiobook review: The War That Ended Peace by Margaret MacMillan 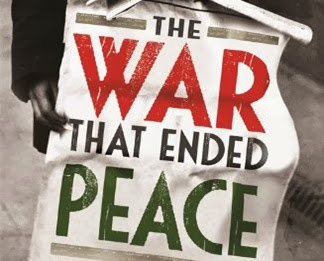 I believe that each generation thinks of the First and Second World Wars in a different way, depending on whether our peers, parents, grandparents or even great-grandparents fought in them. In my case, my great-grandfathers fought in the First World War and my grandfather in the Second. I have a living memory of my grandfather living with injuries sustained in the Second World War and I recall the stories he told me about his time in all of the major theatres of the war.

Yet somehow I have never quite been able to fathom how total war was possible. I saw the glory days of Europe at the turn of the century, with its world fairs and expositions, followed by the roaring twenties and the Great Depression. I knew about the First World War, of course I did, but I struggled to connect the culture of innovation, harmony and discovery with total war and absolute devastation.

This perception was not helped by the way in which the outbreak of the war was explained to us in school. Countless articles and books began with statements along the lines of, “when Gavrilo Princip assasinated Archduke Franz Ferdinand on the Latin Bridge in Sarajevo in 1914, he had no idea of what he was setting in motion”.

This never made sense to me. We were taught that the First World War was an inevitable consequence of this one act of assassination but I could never accept that, and rightly so. 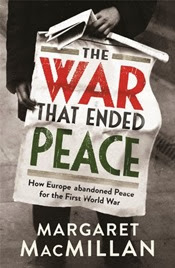 With the centenary of the outbreak of the First World War taking place next year, I thought what better choice than Margaret MacMillan's The War That Ended Peace, narrated by Richard Burnip and released on audiobook format by Audible.

The War That Ended Peace begins with a description of The Exposition Universelle of 1900. This world fair was held in Paris to showcase the great achievements of the world in terms of innovation, technology and advancement. The proceedings were imbued with a general feeling of well-being and confidence, even in the presence of a healthy atmosphere of competition between the participating nations.

How then did the world descend into chaos? MacMillan warns in the very first chapter that Europeans were complacent, that they should have paid more attention to the American Civil War and Franco-Prussian Wars.

What follows is an extremely well-researched and in-depth look at the personalities behind the war. Each chapter looks at the motivations, insecurities and observations of the key political players in the context of rising distrust and rivalry between the nations. Meanwhile, alliances form in the most unexpected of places while old alliances fail. The detailed biographies focus not just on Britain’s King George V, Germany’s Kaiser Wilhelm II and Russia’s Czar Nicholas II but include Lord Salisbury, Admiral Jackie Fisher and Alfred von Tirpitz amongst others.

Ultimately, The War That Ended Peace appears to leave more questions than it provides answers. We’re provided with an important insight into the key payers but are we to believe that war was inevitable because of a simple comedy of errors, a clash of egos or a series of unfortunate diplomatic mistakes? Perhaps looking at the wars of the first decades of the 21st century, that is precisely what it was. MacMillan draws parallels between modern day terrorist organisations and the anarchists and activists of the previous century and concludes ominously that there are always choices.

The audiobook version of The War That Ended Peace is narrated by Richard Burnip, an actor and historian who previously narrated Frank Wynne’s I Was Veneer. After listening to several fictional works on audiobook, I decided to experiment and listen to a work of non-fiction in this format. I do like to read non-fiction works but progress can often be slow, especially with historical or political works which can tend to be a bit dry and heavy.

I won’t lie, The War That Ended Peace is long. The print version of the book is 784 pages long and progress through an audiobook is rather defined by the pace of the narration. While superbly enunciated and clearly understandable, Burnip’s narration was extremely slow and I increased the narration speed to 1.25x and even 1.5x to quicken the pace. Nevertheless, Burnip used just the right amount of solemnity and levity in his narration and made it much easier to progress through this lengthy tome than I fear I would have experienced had I tried to read the book. Despite this, it still took almost a month to work my way to the end of the audiobook.

Article first published as Audiobook Review: ‘The War That Ended Peace’ by Margaret MacMillan on Blogcritics.

A copy of this audiobook was provided to me for the purposes of this review and all opinions contain herein are my own.