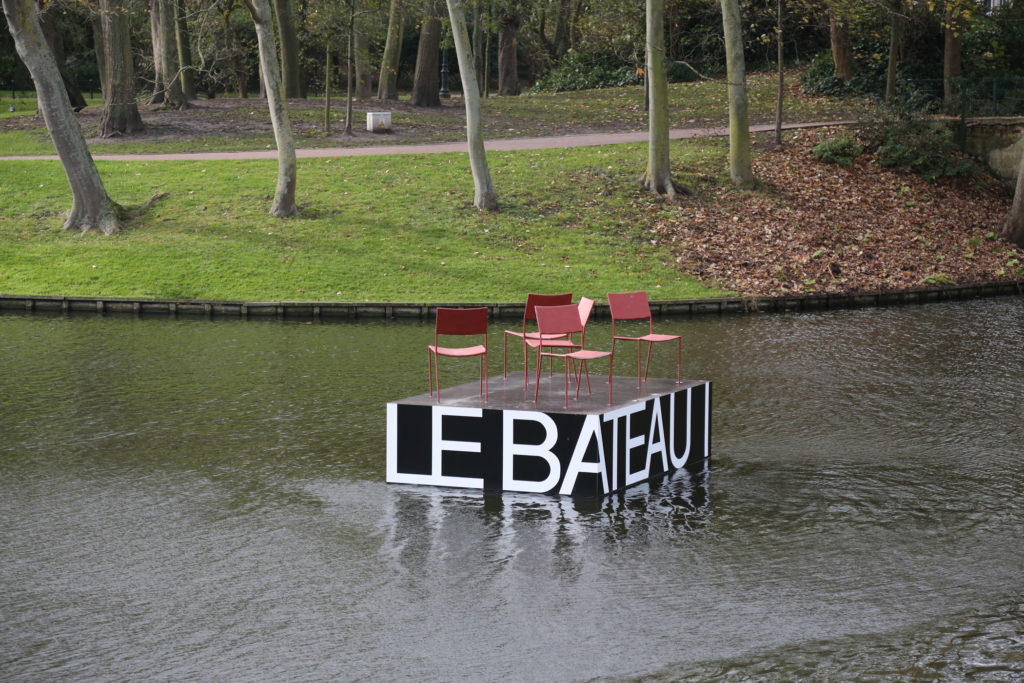 In 2014 I visited the Belgian city Oostende (Ostend) for an exhibition “The Sea” which was curated mainly by the Ghent curator Jan Hoet, who unfortunately died before the exhibition opened and made the other instigators decide to make the exhibition a tribute to Jan Hoet

Rachel Spence says in The Finacial Times about Franz West:

Franz West is often described as the arch joker in a pack of late 20th-century sculptors known for their irreverent cornucopias of materials.
…High quality global journalism requires investment.
West’s profferings – zany, bulbous sculptures, kinky collages and funky furniture that he encouraged spectators to sit on – labelled him a cheeky Lord of Misrule. He would bring art to the masses yet make them chuckle too.
I never found him that funny. His squidgy, effervescent, papier-mâché efflorations sent shivers up my spine, as did his collages of fashion, porn and newspaper images. His invitations to perch on the sofas and chairs felt like commandments: thou shalt giggle; thou shalt chill out.
West never denied that his humour sprang from dark sources. Born in Vienna in 1947, he grew up in a city lacerated by its war record. He remembered playing in filthy, debris-littered streets where virtually all the residents had been Nazis. His own parents were communists, Jewish on his mother’s side.