Be Right Back, My Ass! Do Something!

blogcatalog
These past months, my character has gone amiss, particularly due to some priorities. As much as I would have the guts to admit, it could have rooted out from my lack of perseverance and my indifference to my future (and to be honest, scared). It really makes me awfully distraught, like all I do now is phlegmatically react with my SNS a little too much than how I should normally do. I said I checked on my bravado, done taking breaks and now living with the mantra, but I still keep on checking my News feed every once in a while and I don't know why (whatever happened to my original plan to disregard it way back), despite that it could either make me feel any better or make me regress, I still keep browsing and I'm such a foolhardy for that. Heck I even got preoccupied with my first love's comeback during his first weeks here.
Sometimes, I keep hoping that something will happen that would knock some sense into me. Don't get me wrong I'm not downright depressed lately (screw that I can still genuinely smile), but during random days and for some unaccountable reasons that I begin to be one, I ask myself, "Shit, could it be I'm a bipolar and I need a psychiatrist right now?" Because of that, I realized that deliberately estranging the world (but letting a few close people in somehow) for the mean time which I thought were the worse times that I was feeling grotesquely lost, is not the answer. It was not meaningful solitude. It was a stupid isolation, not even close to my independence. I was rather the egotistical brat who nonchalantly admits a breakdown of her life and keeps running away from it. I felt demeaned by my own thoughts. I'm being irrational. Now I'm starting to think that I'm not even halfway heading towards Chapter 6, and whatnot, stuck between my insanity and the transformation phase.
Man, the feels of this song.
I've written this entry to chastise myself for being unable to bring justice to my fifth chapter (says my title), finally admit a fiasco I have done, then correct it anyway (do I have any option?). I'm not trying to make any oath here, and just burst the bubble afterwards. I'm just trying to believe that I am not crazy, I'm just a little unwell and impaired at times (you bet it does sound like a Matchbox 20 song). I swear staying too long in a one dimensional phase of life (in short staying at home most of the time and get the Freeloader of the Year award) is probably the most bland, bleak, and appalling kind of life (don't allude to housewives my story is different so back off. I'm not mad, just explaining okay), very unhealthy and highly not recommended, at least for me. 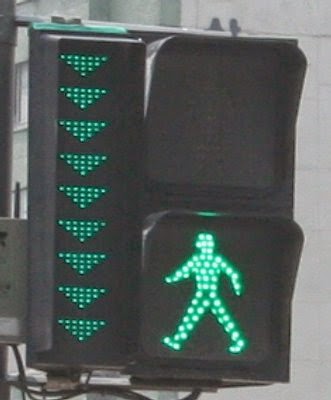 Time ticks away, even in stoplights. Sooner or later I'm gonna have to GO.
I need to head off and get close to something real and not just stay within my delusional temperaments as Katniss, or Chihiro, or Mulan. Yes, I still need it, not to dissolve reality but as the fuel to persist, that I can be my own protagonist, in my own chapter. I once got unnerved when a character from one of my favorite series says, "We always thought there is going to be more time, then it runs out". Sounds cliche, but hits me every time. I am so ***** done allotting the time to transform before making things happen. And after all this, it's not a break that I've been badly wanting. How much of it do I need? Seconds? Days? Weeks? Months? YEARS? I need to get out now and take a leap of faith, have decent plan, because I need it now. "I have to start so I can gradually figure things out." sounds more acceptable than "I need to figure things out before I can finally start."  NO. It  just doesn't work that way and I should be aware by now.

I know few good people who are playing the style aforementioned, and trust me, they are working their asses off right now, regardless they still undergo some quarter-life crises, or still being a non-conformist who's never sided with the glorification of busy, or is still puzzled over with priorities in their goals. Strangely, these people are one of those good grounds whom I've profoundly chosen to get inspired with and not hypocritically cloy about it. These friends and family indirectly resonating a speech that some things are worth the try, just keep calculating the risks and hold on to a beacon, whether spiritually, mentally, or physically. Everything matters. It's just another platitude for some but oddly enough, even cliches have been really crushing my brassiere right now O_O. It's just that, even though my well-being isn't completely metamorphosed today, I should tighten my grip to this sense of urgency to rise above all, and for Pete's sake do something! Despite the seasonal shambles. Pretty please honey, just come out of your nutshell before everything decays.
This is probably going to be my last post for now and I sincerely mean it. I wouldn't want my blog to continuously succumb to this kind of entry. This is deja vu, but yeah. I need something more than luck now. Whatever's part of the package, I'd take it.
We use cookies to improve user experience, remember your preferences, and analyze website traffic. By continuing to browse this website, you consent to our use of cookies as outlined in our Privacy Policy.