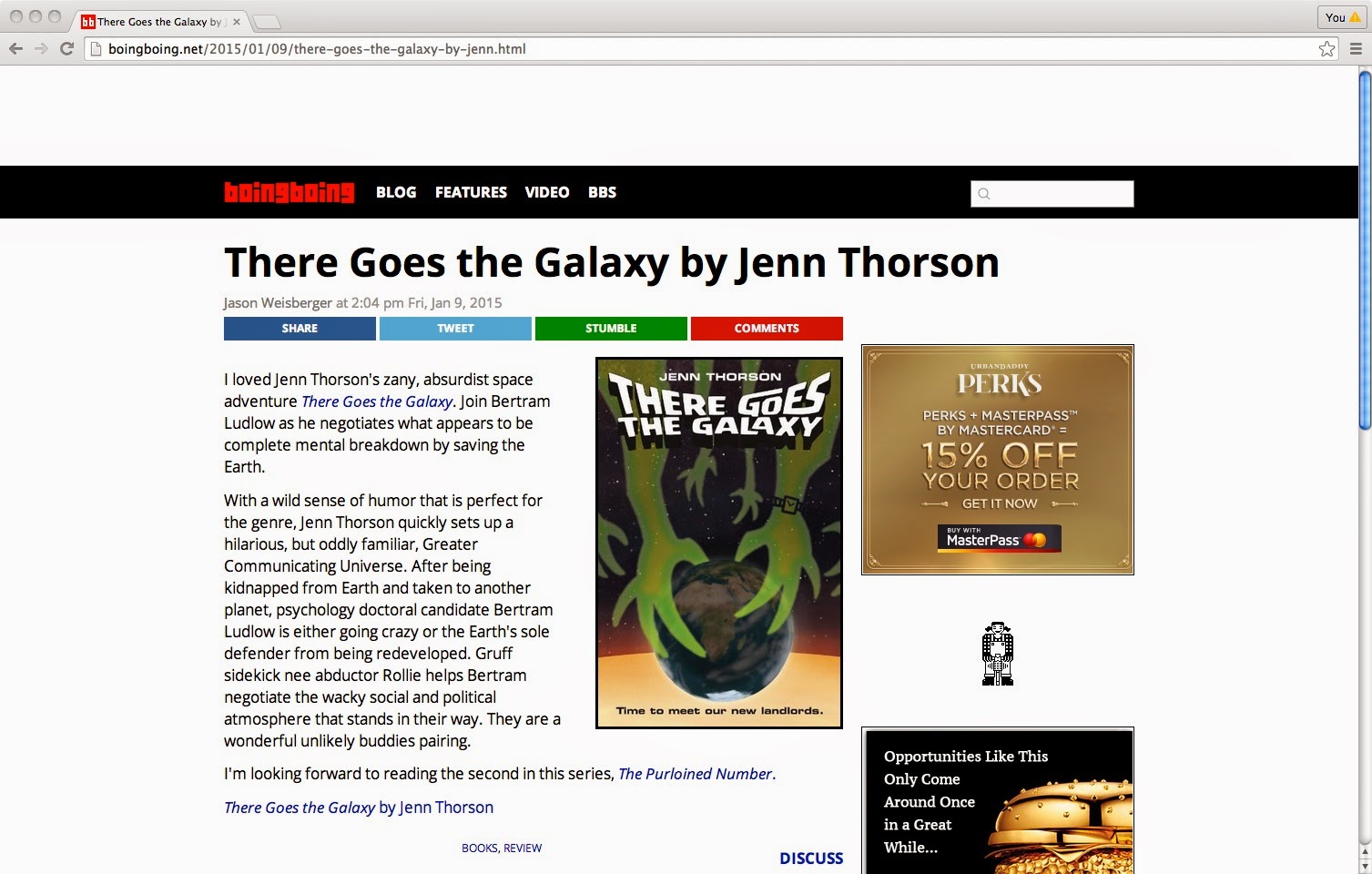 Greetings folks! Happy 2015! I hope the new year is treating you well so far. I have finally gotten over a case of the plague, and after 17 Penny Dreadful-level days of coughing and dreck have passed, the upside of being a living, breathing, non-sicky person has finally kicked in.

It hasn't hurt that Friday, a social media friend let me know that There Goes the Galaxy had been reviewed (and positively!) by BoingBoing. I do believe it's my first review by an online entity that actually has its own Wikipedia page! Anyway, you can check out the cosmic review here: 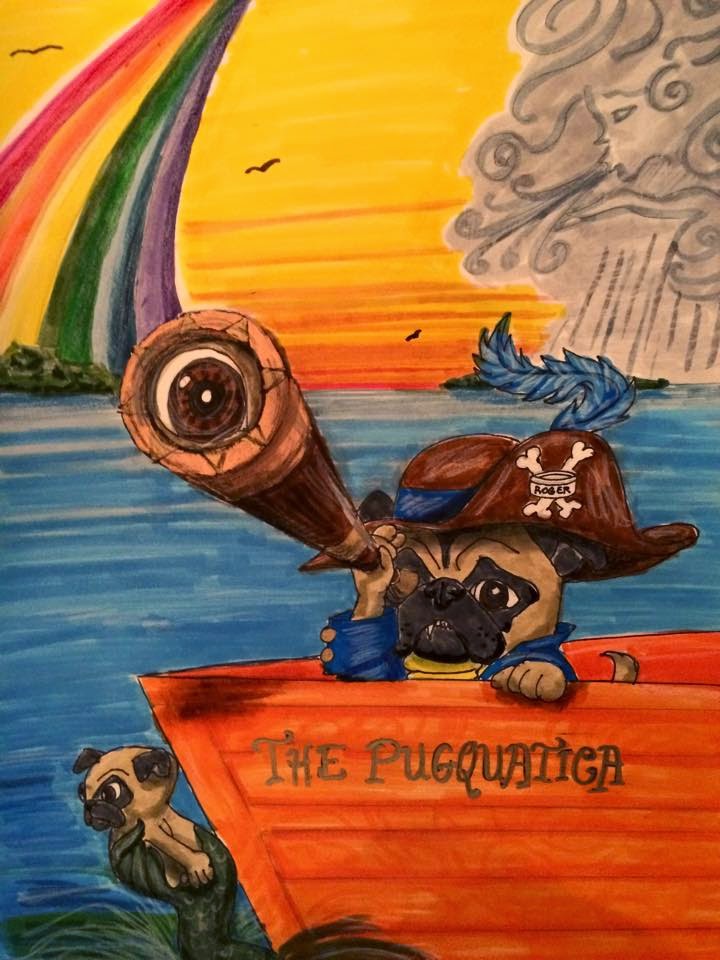 It started because one of my Facebook friends, who loves bright colors and pugs, was feeling a bit down and I wanted to cheer her, if briefly. I came up with Captain Pugnatius Pugwash of the pirate ship Pugquatica... Y'know, as one does.

Then I had this need to see what the rest of his crew might look like. Thus, the mateys below. 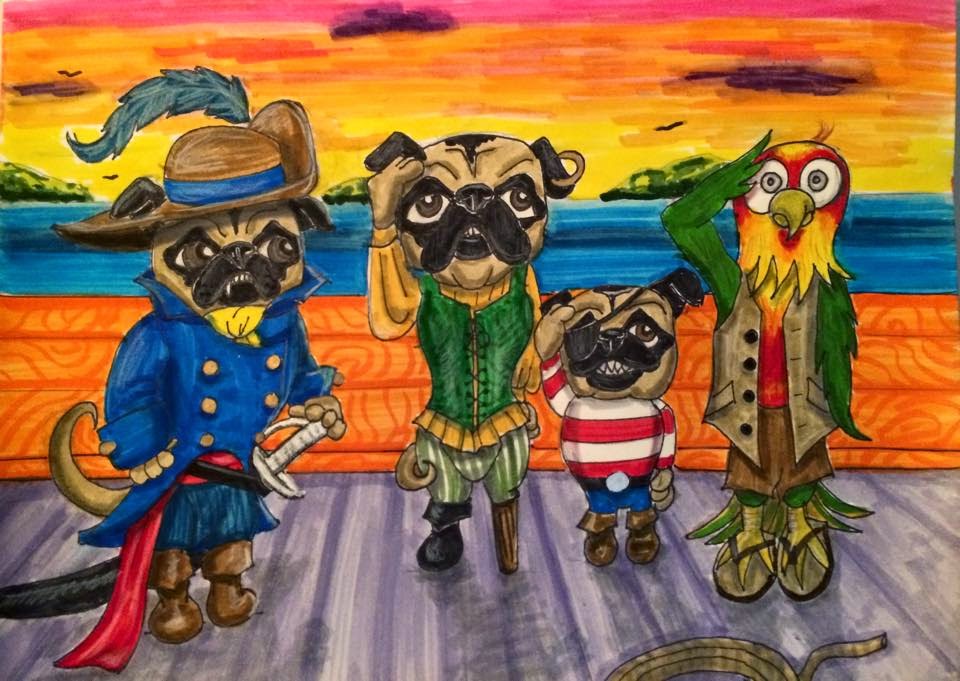 The little doodle below is actually based on my two cats, Harry and Alice. I didn't like how the sky turned out, so I cut it out and replaced it with a French toile type scrapbook paper. Their costumes are loosely based on the famous paintings of Pinkie and Blue Boy. 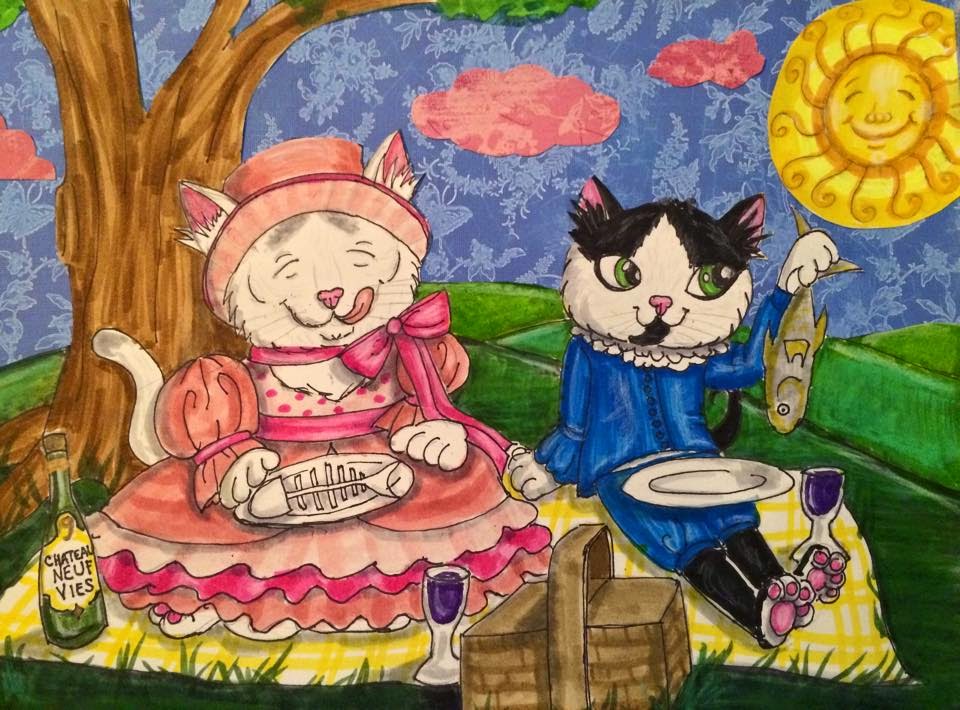 Anyway, that's what's going on here in my part of the Greater Communicating Universe. I hope you all are doing well and that the various Victorian-era plagues going around have missed you and your families.