Recently I was invited to the media launch of Bijin Nabe by Tsukada Nojo at S Maison in Conrad Manila.  Since it was the first in the Philippines I did not hesitate but come.  I was in for an entirely new experience in Japanese cuisine and culture.  The Nabe craze is finally here in the country but this one is something you don’t want to miss.

Bijin Nabe by Tsukada Nojo is well known for their signature Beauty Collagen Hot Pot also known as the Bijin Nabe.  This nabe/ hot pot uses a unique broth they call the Golden Collagen Stock – a rich, exquisite broth.  This broth is imported directly from the Miyazaki Prefecture in Japan, the home of the Jidori chicken.

If you are not aware, Jidori is a special breed of chicken that’s meatier and more sinewy, making them tastier and richer in collagen.  These chicken are grown in a private free range farm in Japan with closely watch diet.  Then they undergo a delicae 18-hour stewing process until the essence of the bones and meat completely dissolved into the stock. 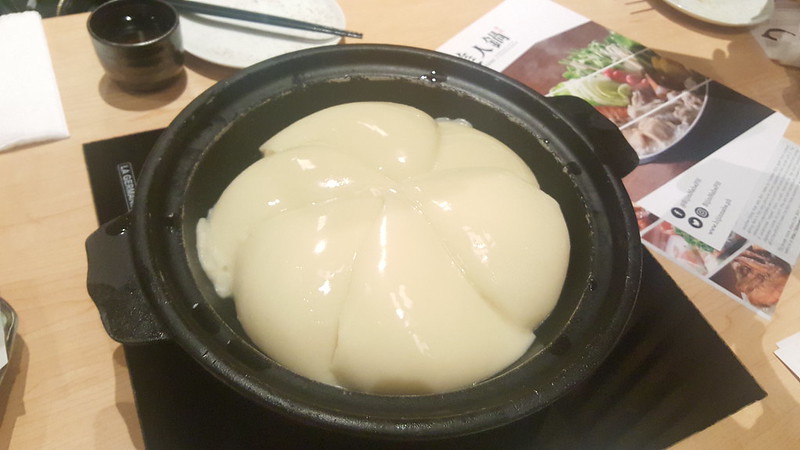 The result is the Golden Collagen Stock, the one you will see in my photo as a white gooey , jelly like stuff. This broth will be melted for a few minutes where the freshest vegetables, seafood and chicken can be added.  Bijin Nabe is best paired with selection of four condiments : light soy sauce (Shoyu), the flavorfu Leak Oil, zezty spice Yuzukosho and armonatic Layu sauce. 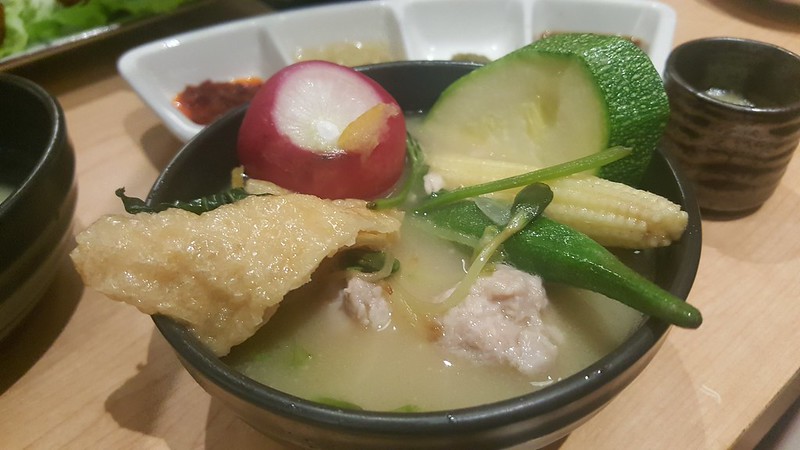 What I think of the Bijin Nabe?

It’s very tasty, rich and flavorful.  I love the stock in its original form as it is. The vegetables and all other ingredients added to the bowl gave the soup a different taste but it is all good.

What to expect when dining there?

You may see the experience as a usual Shabu-Shabu but Japanese culture follow strict order especially with their food.  When dining at Bijin Nabe expect a server to assist you in preparing your it for you.  All you have to do is sit down and wait.

You may sip some soup in between as they give you tasting cup so you can taste the Bijin Nabe in its original form.  Then a serving bowl right after all the ingredients have been combined and cooked in the pot.

The restaurant’s passionate service staff treat every bowl as piece of art, giving it ceremonial respect that’s usually reserved for the most exquisite of Japanese cuisine.  As scuch they are well-trained and poised to guide diners, all in the effort to make the Bijin Nabe experience as authentic as can be.

After we finished the bowl, another bowl with the Golden Collagen Stock was set on the table to melt .  Rice and egg was added in it, making a Bijin Nabe porridge.  We were told this was the traditional way to end a Bijin Nabe meal.  But for normal guests they can ask to have noodles or rice.

You may watch the entire experience/ process on my video below to set your expectations:

How much does a Bijin Nabe cost?

A serving is said to around Php700+.  The Bijin Nabe set we had with all the ingredients and the porridge is about Php2,000+.  Exclusive of the side dishes , appetizers and desserts we had.   It was filling on its own!

Why did I say its a beauty and tasty dining experience?

As we all know collagen is known for its anti-aging benefits.  It is good for the skin especially for the skin’s elasticity.  Collagen is the one responsible for making skin soft and supple.  More supply of it makes the skin look younger!  I am not sure how effective having the Bijin Nabe is but maybe have it everyday for a month and let us see the difference?

What else can you have at Bijin Nabe in Manila?

They have scrumptious appetizers . My favorite was the Nikumaki that comes in four different flavors.  One with cheese, the original, spicy and I forgot the other one (hah!).  The Chiken Nanban is also delicious, the chicken meat melts in your mouth.  I also love the Maximum Eggplant.    Then they served us with Sweet Potato with Vanilla Ice Cream. 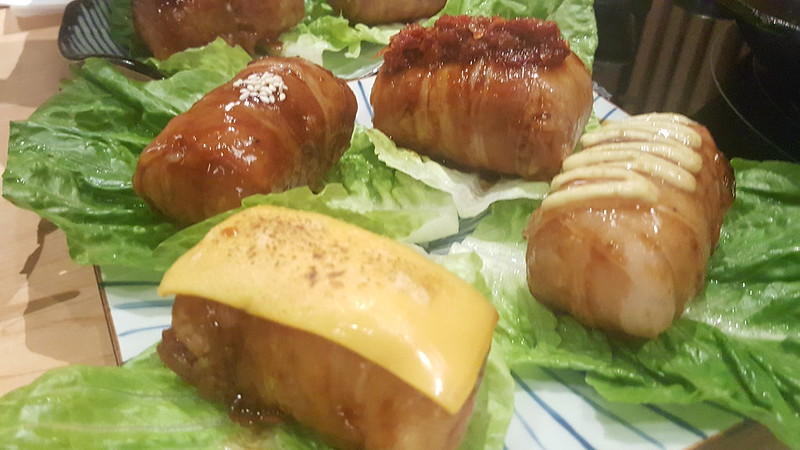 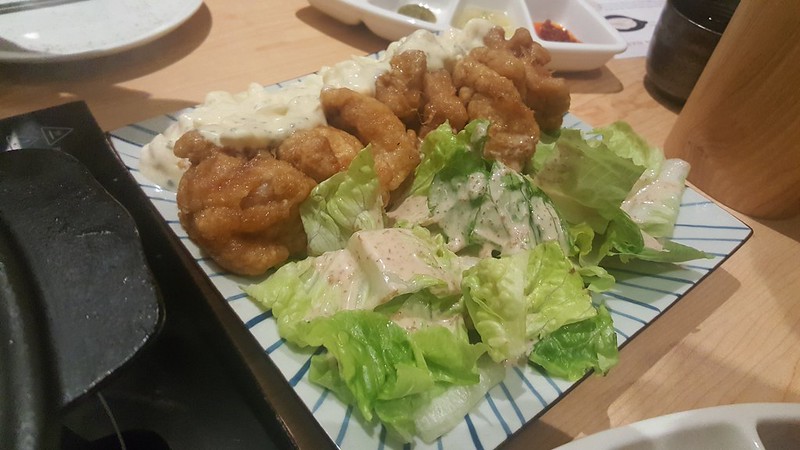