Believe in Ohio: You are the Perfect Mentor

Let’s get right to the point. You are the perfect mentor if…

The point is - I need you to be a part of the Urban STEM Mentoring Networking Program. As Dr. Martin Luther King, Jr. stated, "Life's most persistent and urgent question is, 'What are you doing for others?'"

The 20th century, often called the “American Industrial Century”, was a time when Ohio and other states comprised the world’s preeminent economic force. The 21st century can be called the “Global Innovation Century”. Today, facing unprecedented world competition, Ohio cannot reach its economic goals without contributions from many more Ohioans, including underserved, urban populations.

To build a more competitive, resilient and prosperous economy, Ohio must begin to intentionally connect African Americans and Latinos in urban areas to the state’s science, technology, engineering and math (STEM)-driven, Innovation Economy. The Believe in Ohio program does just that.

Young people in urban centers need to know that the true path to success is to fill the dual pipelines of productivity – becoming “intrapreneurial” employees and job creating entrepreneurs in next generation industries. These industries are largely in STEM areas that represent our state’s present and future economic promise. 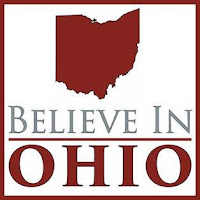 That’s why Believe in Ohio created the Urban STEM Mentoring Network . . . and we need your help this school year!

Believe in Ohio needs STEM and business professionals and entrepreneurs, like you, to show the way. In as little as 1 hour per month, you can support a motivated student along the path of this new century economy. Your task will be to simply coach a young person through a scripted process – the Roadmap to Future Jobs & Prosperity - to prepare them to compete for hundreds of thousands of dollars in cash awards and scholarships. Yes, this can be done in about 1 hour per month.

The Believe in Ohio Urban STEM Mentor Network Support Team is ready to assist you to be the one to make an impact on our urban youth.

Click on https://www.believeinohio.org/mentor-signup/ to get the process started today!