Bibliomania, the Dark Desire For Books

Bibliomania, the Dark Desire For Books That Infected Europe in the 1800s | Atlas Obscura 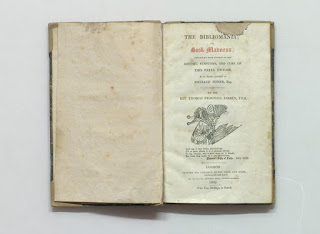 Dr. Alois Pichler was almost always surrounded by books. In 1869, Pichler, originally from Bavaria, became the so-called “extraordinary librarian” of the Imperial Public Library in St. Petersburg, Russia, a prestigious position that gave him a salary three times higher than the average librarian: 3,000 rubles.

While many librarians have a deep appreciation for books, Pichler was afflicted with a specific irrepressible illness. A few months after Pichler took his position at the library, the staff discovered that an alarming number of books were disappearing from the collection. They suspected theft. Guards noticed that Pichler had been acting strangely—dropping books by the exit and hurriedly returning them to the shelves, refusing to remove his large overcoat, leaving the library several times within a day—and started paying close attention to him.

On March, 1871, over 4,500 stolen library books on everything from perfume making to theology were found in his possession, Pichler committing the largest known library theft on record.

Pichler, who was found guilty and exiled to Siberia, was a victim of “bibliomania,” a dark pseudo-psychological illness that swept through the upper classes in Europe and England during the 1800s. Symptoms included a frenzy for culling and hunting down first editions, rare copies, books of certain sizes or printed on specific paper.