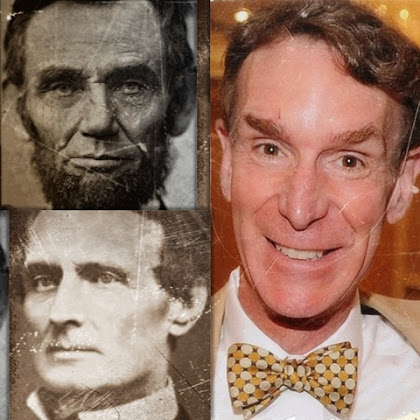 Bill Nye is best known as the science guy. Abraham Lincoln was the 16th President of the United States and Jefferson Davis was the only President of the Confederate States of America. Many think that Bill Nye looks like Abraham Lincoln and Jefferson Davis. I decided to blog on this theory that could reincarnation be at play or simply separate souls with a look alike face.