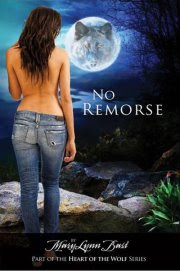 Now available at Amazon in paperback or kindle format, No Remorse was released on March 17, 2012. It is Ms Bast's first novel and is slated to be part of the paranormal  fantasy series titled "Heart of A Wolf".
Synopsis

Due to her unusual birth, Amber has abilities no other werewolf has ever possessed. On the run since childhood, the lone wolf avoids contact with other werewolves at all cost, continually moving, constantly looking over her shoulder and always alone. Everything changes when Amber saves a werewolf from the mere brink of death, Blake, the only werewolf to ever protect her.
Love blossoms, but not without tribulations when Amber realizes she must help her new pack rescue a member who is being held hostage by a rival pack. Warring with emotions of going from lone wolf to the pack leader’s mate, Amber must decide if she is willing to risk Blake’s life to know true family and friendship despite the fact that the Council is hell bent on locating her and will stop at nothing until she is found. Will Amber’s special abilities be enough to keep everyone safe? 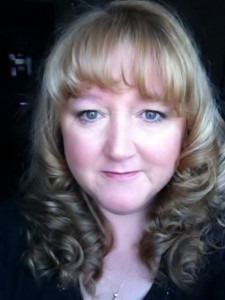 MaryLynn Bast is from Texas, currently living in Las Vegas and writes paranormal fantasy romance-mystery-adventure books about werewolves and other were-creatures.  Her writing is influenced by Christine Feehan, Sherilynn Kenyon, and Laurell K. Hamilton.  Bast writes fantasy romance because ..." it allows my imagination to run rampant, permitting the characters of my stories to obtain abilities not possible in the real world."
Bast is a member of the Las Vegas Romance Writers (a division of Romance Writers of America), the Mainstream, Paranormal, and Erotic Romance Writers of Atlanta and SheWrites – Blooming Late. She is a wife, mother of three, step-mother of three, who loves reading and traveling the world. You can find her mateials on her blog at https://www.marylynnbast.com/