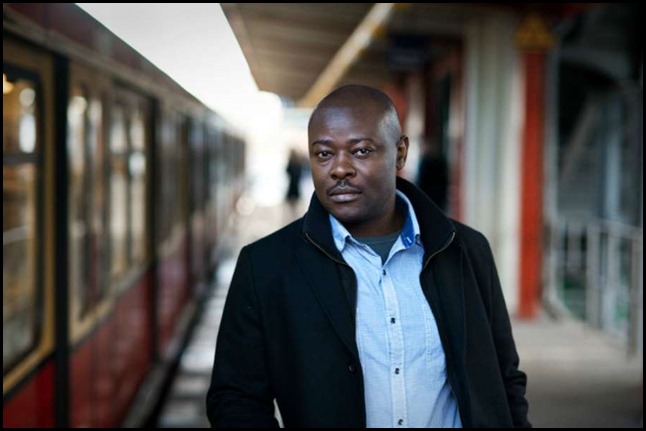 On the evening of 14-15 April 2014, Boko Haram militants kidnapped 276 female students from the Government Secondary School in Chibok, Borno State, Nigeria. The girls became known the world over as the 'Chibok Girls' yet surprisingly little is known about who they are, what their families are going through or the context in which this crime occurred. To date, in December 2016, almost 200 of the original abductees remains missing and the little that we do know is that their lives with Boko Haram are ones of untold horror, violence and sexual slavery.

Helon Habila is a Nigerian born author and professor of creative writing at George Mason University, Washington, D.C. In early 2016, he returned to Nigeria to take a road trip to Maiduguri and Chibok to speak to people not only about the events on that fateful evening in 2014, but about the long wait for the girls to return home and the present climate of war and strife in the region.

Habila has produced a chronicle of his time in Nigeria in the short but incredibly insightful The Chibok Girls: The Boko Haram Kidnappings and Islamist Militancy in Nigeria.

The book begins with accounts of the events of 14 April 2014 from parents and relatives of the girls who were taken and those that escaped. The residents of Chibok had received warnings that the town would be targeted that day and they had every reason to believe it. Massacres, assassinations and terrorist attacks have become ever more prevalent in what locals have begun to call the war with Boko Haram.

Just 9 months before the abduction of the girls from Chibok, Boko Haram militants entered a secondary school in Mamudo, Yobe State and killed 42 people, most of them students.

After spending time in Chibok, Habila moves on to Maiduguri and the heart of Boko Haram territory. He speaks of the effects of the civil war and how a divide was created between Christians and Muslims as successive governments misused state resources, culminating in the declaration of Sharia law in the area in 1999. Perhaps most chilling is the description of the rise of Boko Haram from a modest force to one to be reckoned with following the Boko Haram uprising in June / July 2009.

Moving back to Chibok, Habila collects yet more first-hand accounts of the fears and devastation of a community who have lost their daughters, sisters and friends.

Woven throughout the book is the story of the girls and the accounts of those who have escaped. Perhaps to be expected with the youth of the girls and the horrors that they experienced, there is very little in the book about their time with Boko Haram. Indeed, with so few escapees (and being that the book was in production at the time 21 girls were released in October 2016), we are but depending on the narratives of a handful of very traumatised girls.

Confronted with their reticence in the face on ongoing questions about their experiences, Habila notes the following:

Hauwa, Ladi, and Juliana were ordinary girls, young enough to be my daughter, who had been raised to almost mythic status by their extraordinary experience – Helon Habila, The Chibok Girls

Insightful, powerful and intimate, The Chibok Girls: The Boko Haram Kidnappings and Islamist Militancy in Nigeria is highly recommended for those interested in gaining a more in-depth perspective of the lives and people effected by Boko Haram activities.

The book is out in the States and will be released in the UK on 15 December 2016.