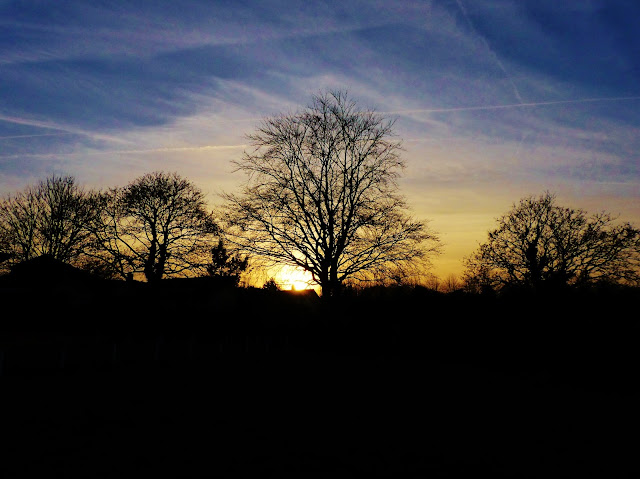 Nothing happened again today, it was an extra days holiday for the masses and while shops opened and some worked most sat at home on the laptop searching for bargains.  I sat at home searching for dead soldiers, I found lots.
The streets were very quiet this morning, the normal throb of traffic was but a murmur until the shops opened about ten in the morning.  It took folks until that time to realise they were starving and had to rush out to buy more of the food they had overeaten for the last few days.
I went out cat like to peruse my land about three in the afternoon.  It was like a Sunday out there but even quieter.  I passed a woman taking a shot of a tree, the light behind it was good, and thought to myself "What sort of person does that?"  This after taking several shots of the sun going down behind trees.  The colour is somewhat like the actual scene, bright sun and blue sky, lovely at this time.  Tomorrow fog once again the say, hooray! 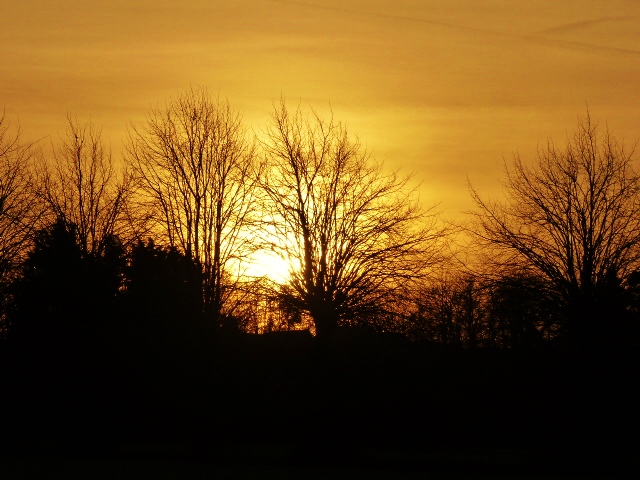 No news to speak off just more space filling regarding George Michael, his boyfriend, his drugs, his money.  I ignore it all, he was not my kind of music and poor lad probably killed himself through drug abuse, very sad.
Many are crying the year has been bad because such as he has died during the year, indeed many famous faces have departed but in truth no more than ever leave, it may be some were favourites of the social media crowd and they notice it more.  Us older folks notice famous faces but from the distant past and as such beyond the notice of the social media whores.  Life changes little in this regard, a hundred celebs of one sort or another die each year and the normal total of non celebs also, it may not vary much from year to year.  I do not see it as unusual however a younger crowd may find it something new to cope with.  Maybe it will show them they are not mortal after all. 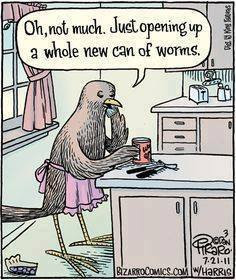