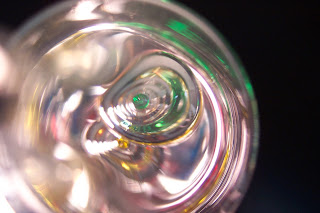 Pss.22:9 “But thou art he that took me out of the womb: thou didst make me hope when I was upon my mother's breasts.”
Breasts...the title alone got you to click

I imagine since the beginning of time, breast were being obsessed over just as they are this day and age. I imagine Eve tiptoeing toward Adam with her head hung low after biting the apple and having sex with satan and enticing Adam with the apple so he could see what she saw.

His first bite opened his eyes and pierced his soul and what was the first thing his eyes beheld? Breasts, the alluring nakedness of her sensuous curves had him wanting her in a sexual manner. And there you have it, man has never gotten his soul returned to him. This is the very lust that man and woman must fight.

Today man objectifies, ogles, lusts, breathes and pants heavy just looking at breasts. Whether they are real or fake, small or big, round or sagging, men lust after breast. What they don’t lust after is the reality of all that breast really are.

If the breasts are fake, man doesn’t see the scars that it took to make them that way, or the pain and stitches the woman had to endure so he would look at her and pay her any sort of attention. Without those fake breasts, she is just another woman in the garden.

If they are real, men don’t see what the woman has to go through with wires poking them to keep them up, or what pain a woman lugs around as they get too heavy to carry causing all sorts of back pains, or the natural way gravity takes a hold of them pulling on them making them look like dried grapes hanging on the vine.

No, while the female anatomy is an obsession to man it is the very heart of motherhood. Breast are to sustain an infant's life. They are not to sustain a man and his libido but I digress…

Prov. 5:19 “Let her be as the loving hind and pleasant roe; let her breasts satisfy thee at all times; and be thou ravished always with her love.”

We have objectified women for centuries.

From pin-up gals to Victoria Secrets runway shows, women are to be objectified in today’s society never looked at as part of the human species. I’m curious, do men objectify their mother? Do they see her as a sexual, sensuous being that has had sex with their father? No, they see her as their life-giving nurturer who sustained their very life and breadth of being, nothing more. But when men are grocery shopping, what is it that grabs your eyes at the checkout counter; exposed skin of a woman more than likely, not Field and Stream or a National Geographic magazine.

From Marilyn Monroe to Dolly Parton, from Farrah Fawcett, Daisy Duke to the today’s obsession of the Kardashian clan. No one thinks to see the breasts as carriers of cysts, or dormitories for cancer cells, or over-bearing back-breaking hindrances, no they only see what the images titillate the eye with, they never see an entire picture of the shell being portrayed.

Ezek. 17:7 “I have caused thee to multiply as the bud of the field, and thou hast increased and waxen great, and thou art come to excellent ornaments: thy breasts are fashioned, and thine hair is grown, whereas thou wast naked and bare.”

Which brings me to the reason for a much-needed doctor’s appointment. Cysts, tumors or something out of the ordinary has taken over my left breast. Yeah, that’s something to be looked at, a lop-sided woman. I should fear this event in almost every woman’s adult life but instead, I’m empowered to bring you my journey.

Hos. 9:14 “Give them, O LORD: what wilt thou give? give them a miscarrying womb and dry breasts”.

I find it quite amazing that God places hindrances in your life for you to admirably overcome to only toss another one in to see how you handle THAT one. It’s like a one-two punch that you hear about but seriously don’t ever want to experience or have to live through.

I also find it quite confounding to go through almost three years of blindness with hubby to watch the success of the miracle of him regaining his sight only for my body to take a mystifying fall almost immediately after his sight returned. I strongly supported him, now it is his turn to be my Hercules and support me. This is me and the journey of my life.

And so the story goes… Monday an ice storm is going to hit this area we live in and it looks like something is going to try and hinder me finally being looked at to find out what has taken over my body. As I said, I could be down, sad and scared but instead, I am amazed that I am worth this much trouble for God to choose ME to carry this to YOU! Praise be to God!

Keep me in your prayers as the story continues not without surprises and twists and turns.

2 John 1:10 “If there come any unto you, and bring not this doctrine, receive him not into your house, neither bid him God speed:”
We use cookies to improve user experience, remember your preferences, and analyze website traffic. By continuing to browse this website, you consent to our use of cookies as outlined in our Privacy Policy.