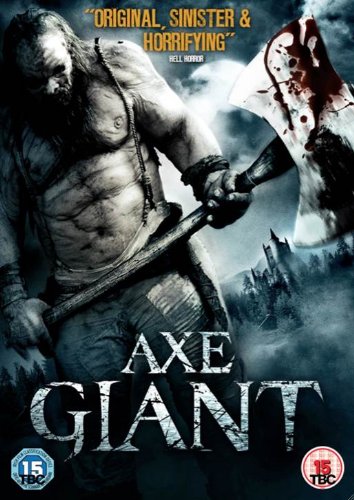 Minnesota 1895.  A logging camp is the scene of a violent and spectacularly bloody massacre. 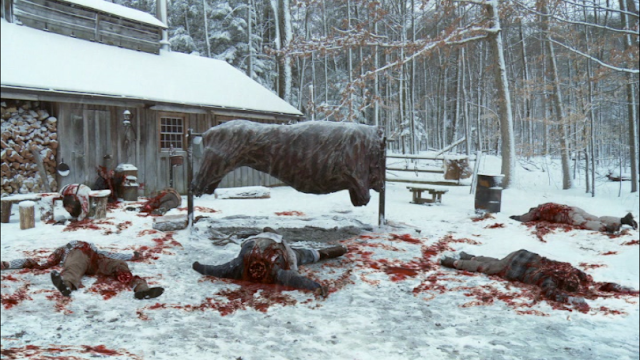 Minnesota. The present day.   A grumpy Corrections Officer and a kindly therapist take a group of young delinquents into the woods in the hopes that a week spent roughing it in the wilderness will knock them into shape. 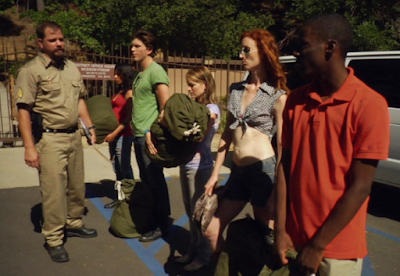 We will never know whether that would have worked because some of the youngsters break one of the cardinal rules of Horror Films.

If you find something weird, do not fuck with it. Turns out the legends of Paul Bunyan were based on reality but missed out the part about him basically being a  murderous troll.

I picked this one up on a whim, largely because of the cover. Interestingly, it's different from the US version in one key respect. 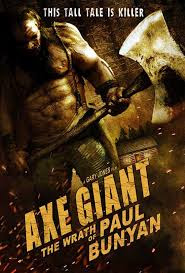 Fair enough. Most Brits would have only the vaguest idea who Paul Bunyan and let's face it "Paul Bunyan" is not the scariest name ever. "The Giant Axeman of  Skullface Mountain" - now that's a scary name.

I digress.
When it comes right down to it, Axe Giant is a standard backwoods choppy-chop flick except for the rampaging loonie being the size of a house.  The young victims protagonists are the usual motley bunch with a thumbnail of characterisation. The cast do their best with what they have but what they have is a bit on the thin side.  By contrast older cast-members Tom Downey (Mean correction officer) and Joe Estevez (Local crazy fart) get to have more fun with their characters and run with it every chance they get.
There's also a definite effort to make big, bad Paul a more rounded, even sympathetic character.
Um....Oooh-kaaaayyy
So the story is simple but effective, the acting is on the right side of decent and there's some good axe-murdering in this film. I am, however going to have to mark Axe Giant down on a couple of things.
While the physical FX for Paul Bunyan aren't bad, some of the CGI and greenscreen is really not good.
Not Asylum  movie bad but still weak enough to look jarring. 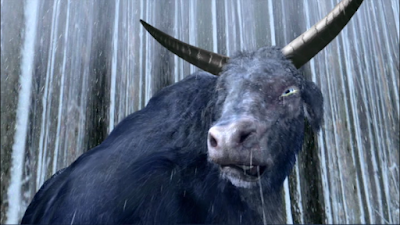 I also thought the ending was somewhat contrived as it relies on massive outside interference in events. At least they didn't pull the old "Let's lure him to somewhere with lots of explosives" schtick.
How much did I pay for this? £2
Was it worth it? A reserved "Yes".  I was kept entertained if not thrilled. This is the sort of movie I buy, watch once then take back to CEX a week later.
Axe Giant is a low budget affair. As long as you're OK with this and aren't expecting anything clever, you might find yourself entertained.
Screenshot time. 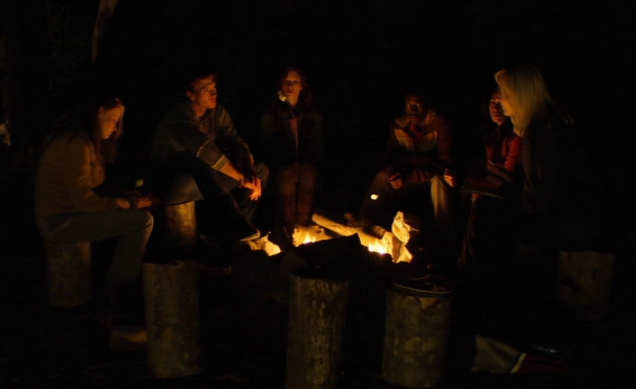 Some people consider this sort of thing fun.
Personally I think they're mental but each to their own. 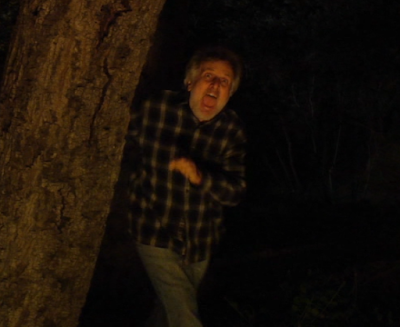 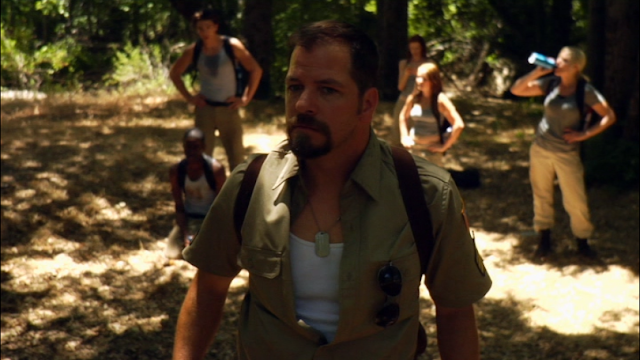 "Now did I leave my keys at that last stop?
And was it this bit of forest where people disappear or the next one over?" 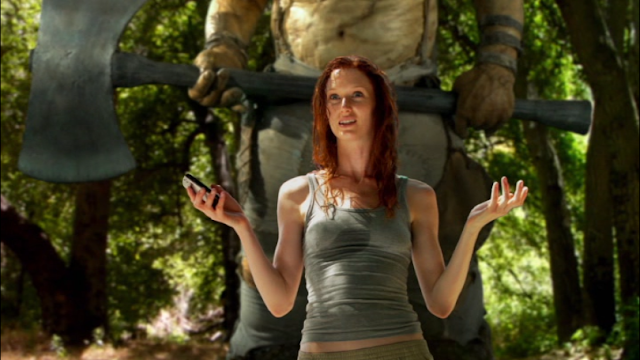 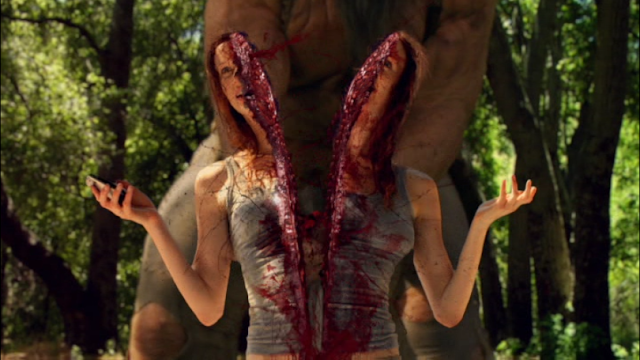 "Oh. Thanks for warning me you dicks. "
And to finish, I have a question that the film never explained to my satisfaction. 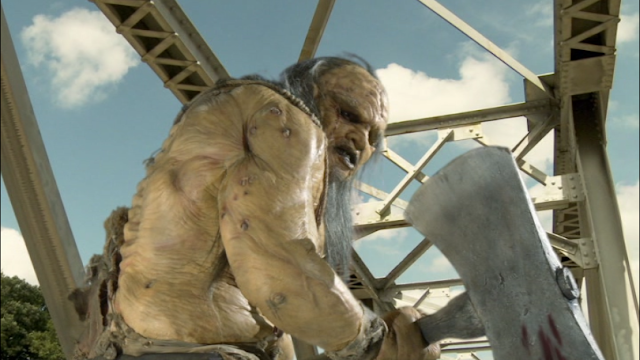 Where the fuck did Paul get his giant-ass axe from?