Christmastime In New York City, Where More Is More Do you know the saying, "Less is more?"

Well, that's not the case in New York City. In the Big Apple the saying goes, "MORE is MORE."

Now normally I'm a minimalist who agrees with less is more. However, whenever I'm in New York; especially during the Christmas season, I am in love with "MORE is MORE."

Nobody does Christmas like New York. It's like experiencing an overdose of LSD and steroids while taking a trip through Tim Burton's Alice in Wonderland. It is truly WILD!

Last Sunday evening, I got a spur of the moment impulse to book a bus ticket for New York City so that I could photograph what it's like at Christmastime. Being in retail, I knew that it would probably be my last visit before the New Year because of how busy I'll be in December. Yet, I didn't realize there was a weather forecast for rain on Tuesday. And when I say rain, I mean a friggin' MONSOON. And it wasn't just the rain, but also the severe wind in the forecast that concerned me. But I had already purchased my ticket, which I couldn't exchange, so I decided to go and enjoy myself inspite of the weather. Which I did - even though the rain and wind were non-stop, so that every single inch of my body got soaking wet - and that for eight hours I had to hold an umbrella in one hand and my camera in the other to take a picture. Here's a shot to give you an idea of the weather that day... 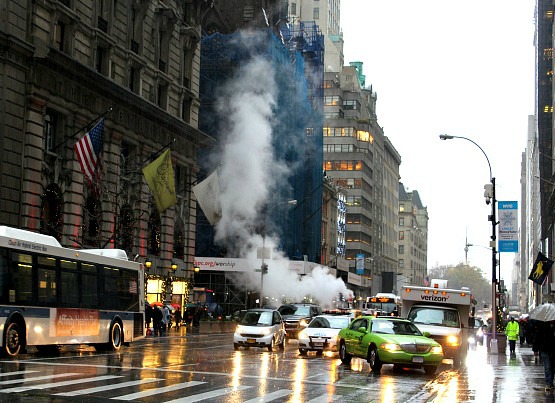 But hey...it was worth it because I was in my favorite city on the East Coast during the Christmas holiday!

And actually, I think the gray, rainy day added something to these images. It gave them a magical, wintery-feel. 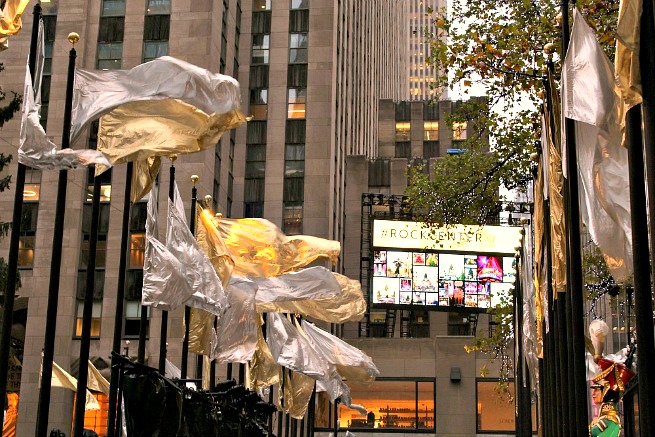 Rockefeller Center
*I love the silver and gold flags 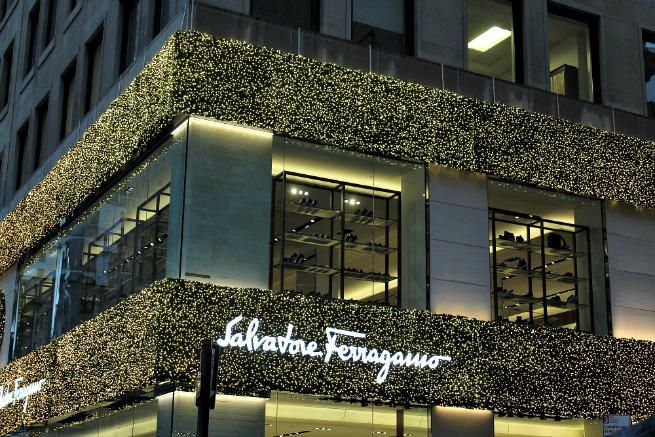 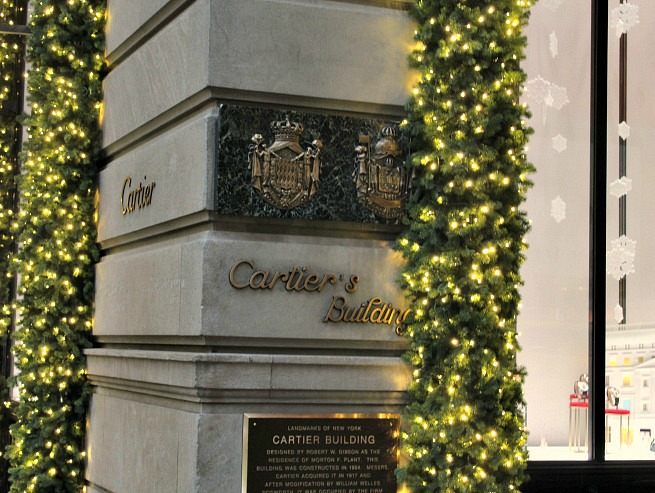 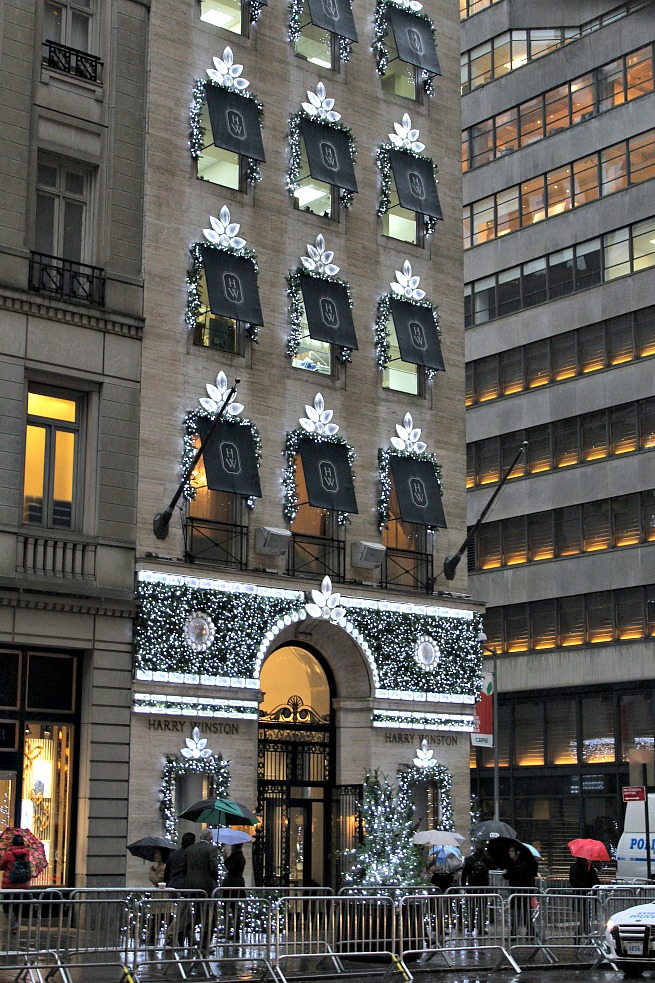 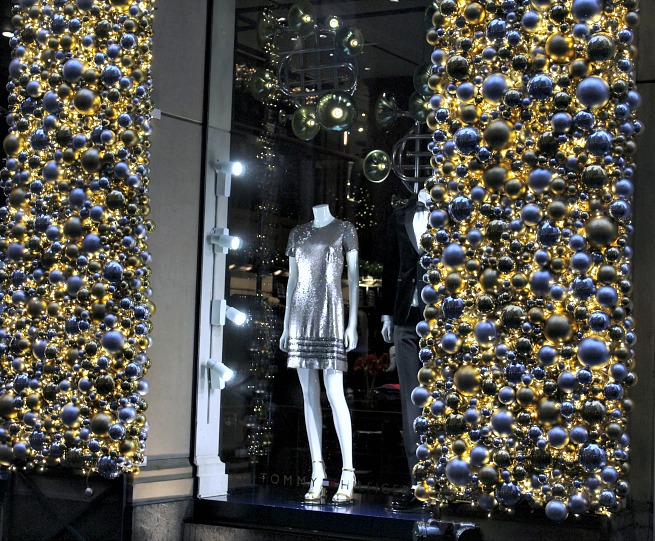 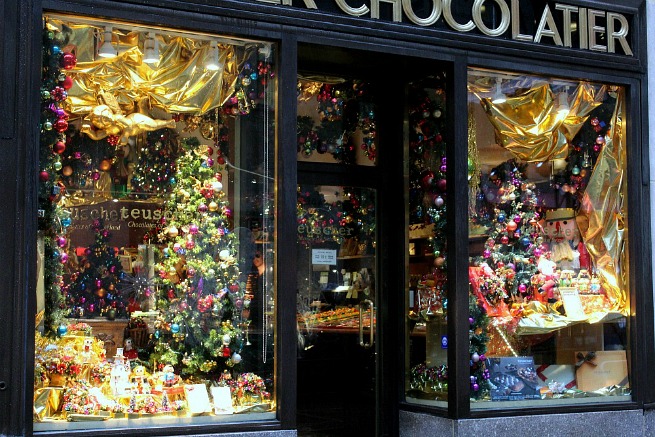 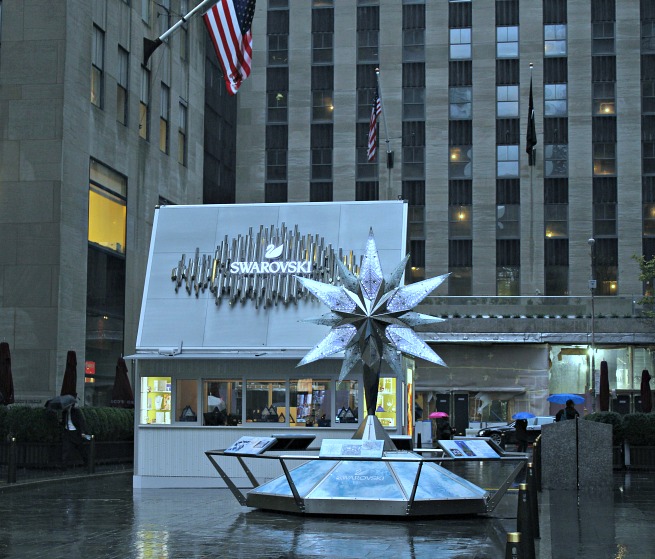 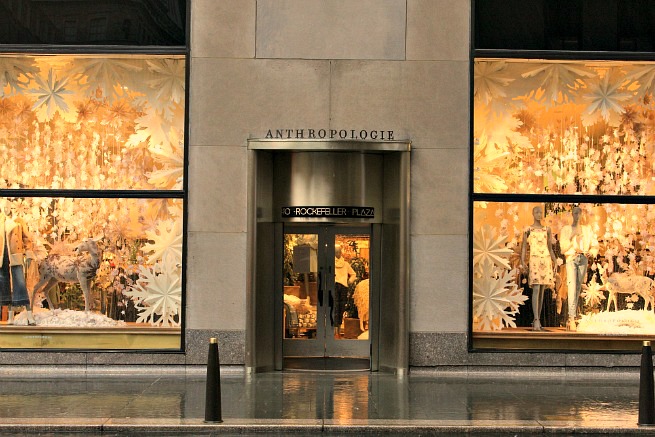 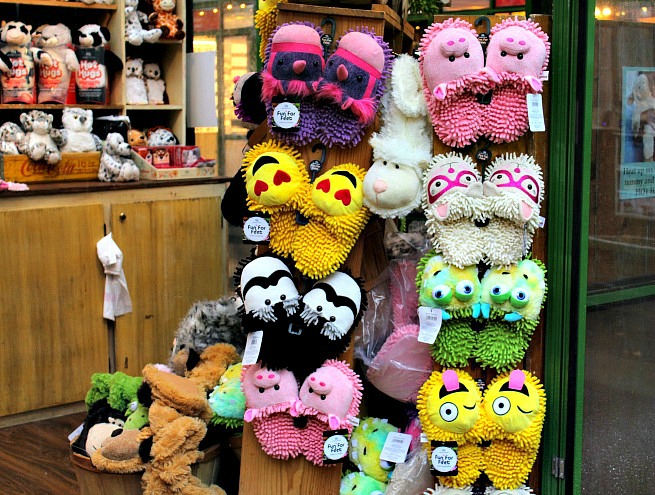 I spotted these brightly colored and warm-looking slippers at a Christmas kiosk in Bryant Park. Aren't they cute? 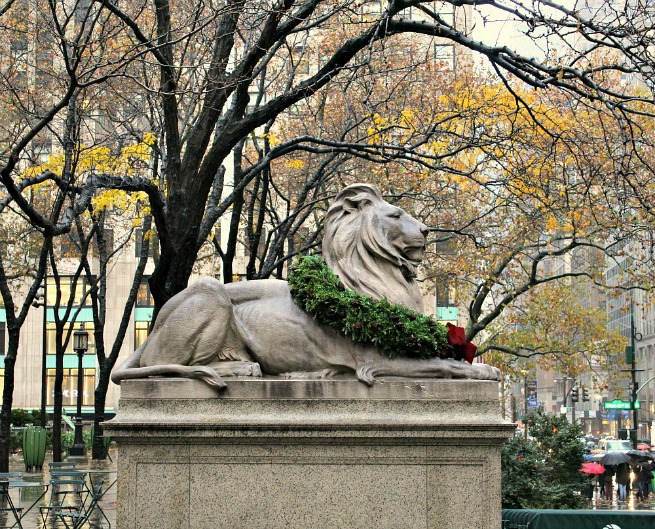 Even the royal lions in front of the New York Public Library get decked out for Christmas!
New York City department stores are notorious for being widow-display-competitive during Christmas when it comes to having the BEST holiday windows. Traditionally, Bergdorf Goodman always wins, yet I have to say...to me, Saks Fifth Avenue this year was beyond faaaaaabulous! The theme was "The Land of 1000 Delights" and "The Nutcracker Sweet." And you can't see it in these photographs because they're still, but each window is animated. I have not used the video recorder on my new camera yet, so I couldn't figure out what button to push while holding my umbrella and trying not to get wetter than I already was. Plus, I couldn't see clearly because I could not reach my reading glasses. But even still, just look at how brilliantly festive and creative these windows are... 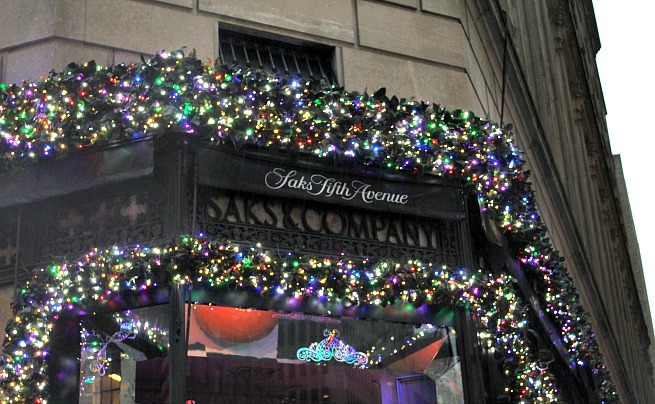 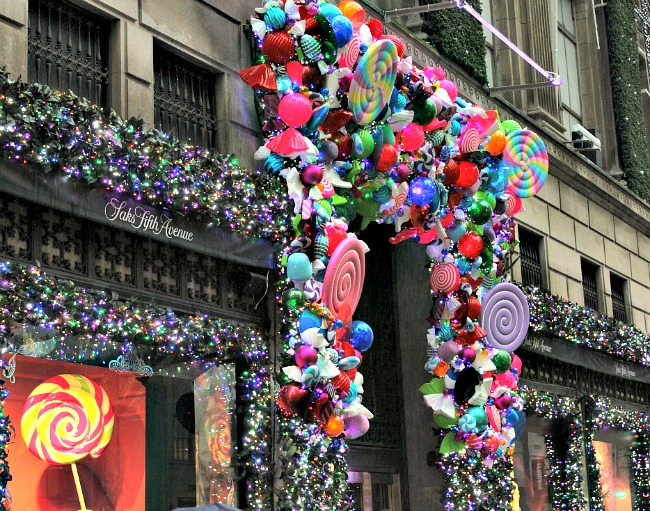 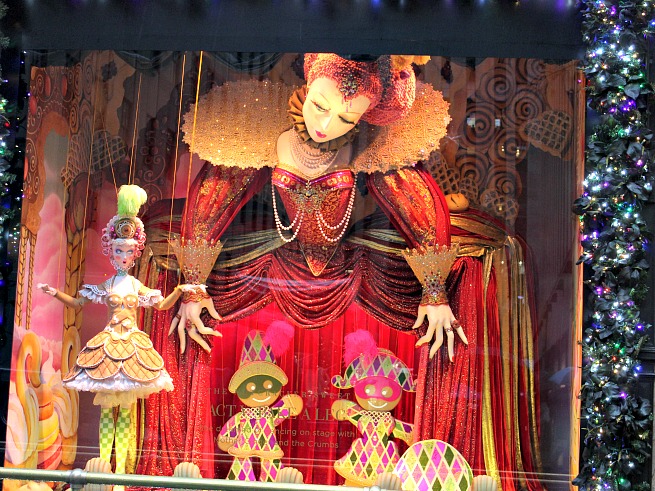 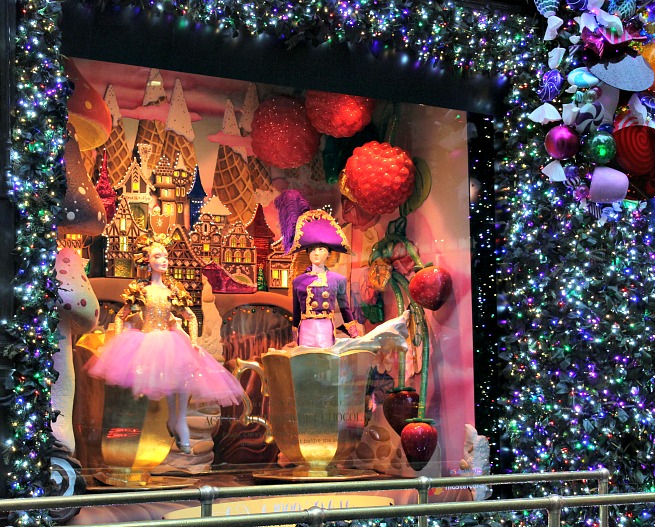 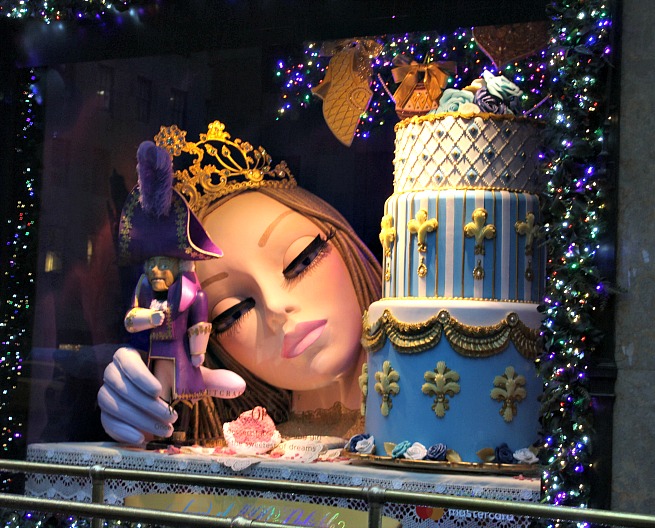 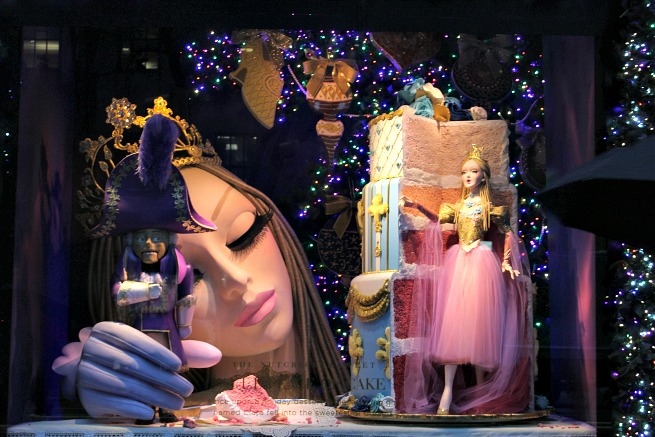 I took this final photograph while walking to my bus. I just so happened to look up at the Empire State Building and caught this view. It was as if the top of the building had mysteriously vanished into a foggy Gothic mist... 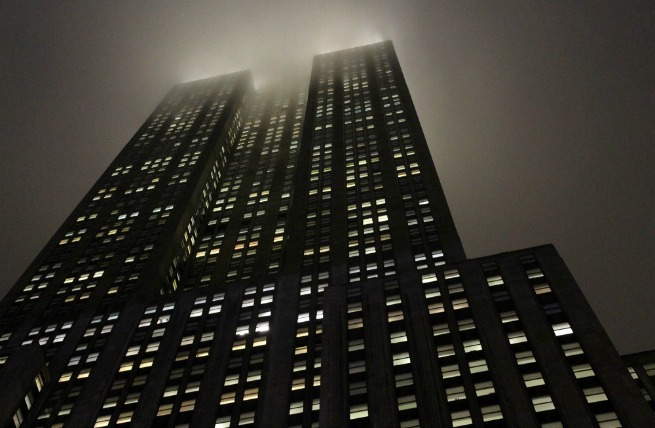