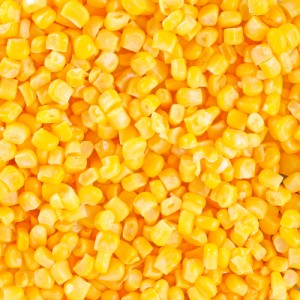 Here is a little story…

There were two 20-year-old women who decided to live their dream. They found an apartment in Manhattan, bought a few furnishings, and planned one hell of a house warming. It was going to be the perfect affair with good food, decorations, and a guest list of fun people. On the day of the party the two set off grocery shopping and upon returning to their new home, they tricked out the place with banners and bouquets while preparing the food. Only minutes before the first guests arrived, they realized that they’d forgotten to buy one of the key ingredients for the main dish…a can of corn. With no time to dash to the store, the girls had a major meltdown. The perfect party had quickly spiraled into a moment of perceived impending doom.

As you might have guessed, the party turned out swell. The next day the young women had a good laugh at their overreaction to one small “imperfection.” But it taught a valuable lesson. Now, whenever tempted to inflate a microscopic problem into a volcanic eruption, they tell themselves it’s just “corn-size trauma.”

This story seems rather fitting as I have a tendency to exaggerate the severity of a situation and blow those kernels way out of proportion. Sure, sitting in traffic sucks…and when the washer gets stuck on spin cycle, I’ll admit a cuss word flies freely from my lips…but besides being an inconvenience, is it worth getting bent out of shape?

Since my diagnosis, I’ve run the gamut of emotions. Still the one thing that has remained constant is my gratitude for the overwhelming support of friends and family. The fact that people I’ve known through the years (and some who I’ve just met) have offered up their heartfelt sympathy and assistance is mind-boggling. It brings me to tears to be blessed by such kindness. Just know that I will be forever appreciative for the outpouring of love, and at the end of this trail, I will pay it forward. On that…you have my word.

If I had to make an observation early in the game, it seems like a positive attitude is key. Lately, I have received some good advice from cancer survivors. They remind me I am not a sick person. That I’m 95% well…Only 5% of my body needs a tune-up. I’ve been told to make the mental decision to accept treatment and welcome it in. Chemo and radiation are allies. They are not poison, but rather, they are working in unison to make my body well. By saying that you are fighting cancer or battling cancer gives the disease too much power. Have faith and don’t fear. Stay active, social, and above all, remember…this is transitional. It won’t be like this forever.

There have been a few setbacks as I had to switch doctors, but it has all worked out for the best. Two special angels came to my rescue and introduced me to an incredible doctor and her compassionate staff. Tomorrow I get the portacath and Tuesday is chemo. As one of my good friends who is currently on her third port told me, she’d give up her husband before that gadget… Quite an endorsement as she has a terrific partner. (Why does this whole thing sound a little like Jeopardy. “Alien-looking port or collapsing veins?” “I’ll take alien port for ten, Alex!”)

I have enlisted my reluctant Shih Tzu to be a therapy dog. He is nearly blind, deaf, and toothless, but man, what a snuggler. Just like a 10-pound heating pad. I will reciprocate whenever he needs the favor although I’m not sure I can get my body to curl into a tight ball without extensive yoga training and a prayer. Let’s hope he won’t need my assistance for some time! 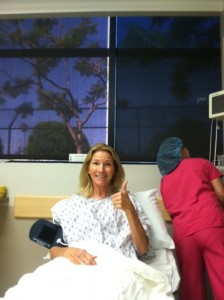