The cute little birds known collectively as finches aren’t as innocent as they appear, counting several unsavory species among their number. For example, there’s the Galápagos vampire finch, which has already shown a carnivorous propensity for opportunistic bloodsucking. Then there are the African species Amadina fasciata, or cut-throat finches, which do have an equally dread-inspiring name but thankfully not the behavior to back it up. They prefer to represent their street cred through hardcore plumage instead. 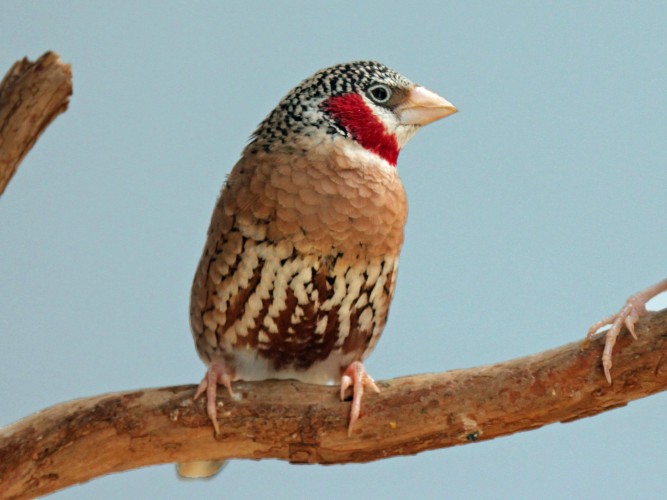 Only the male cut-throat finches have the bloody swath underneath their stubby beaks. No, it’s not a memento from their time in finch prison, but instead a mating display. However, that shouldn’t imply that their rollin’ dirty routine is all for show, however, seeing as how instead of building their own homes, they instead will often squat in the nests built through the hard work of others. What happened to the original owners is anyone’s guess. Stop asking questions. 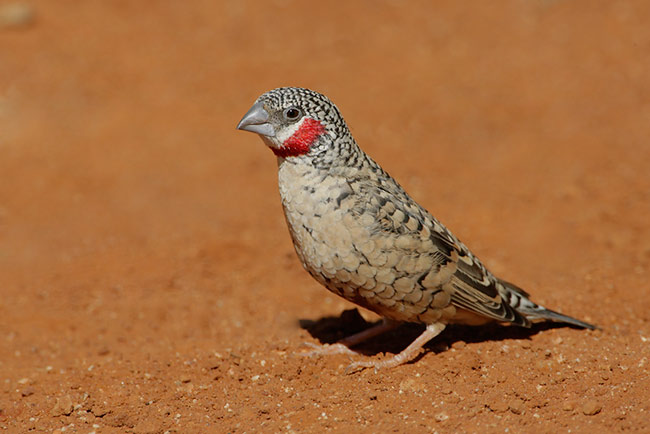 They probably vacate the premises pretty quick after waking up and finding a severed cricket head on their pillow.

People have been known to keep these birds as pets, despite the fact that the word that really sticks out in breeder descriptions is “aggressive.” So if you’re the type of person who finds pit bulls too cuddly, or feels that Rottweilers just don’t provide the proper intimidation factor for your home security needs, you might consider buying a cage and a very small spiked collar for your new feathery accomplice, the cut-throat finch.

Seriously though, cut-throat finches are apparently very social and said to be great company around the house. Just don’t try and pick one up. Because he’ll cut you, man. 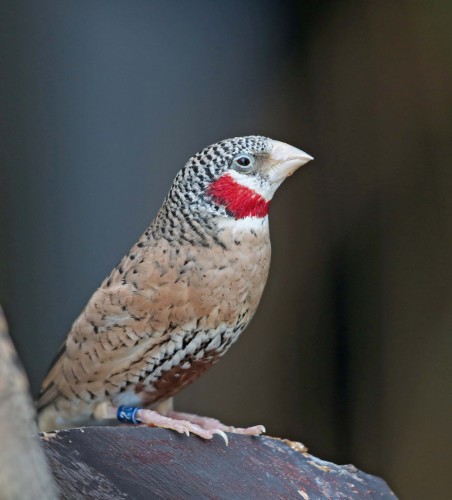 Yes! You have successfully subscribed. We just sent you an email with a link to confirm you really want those creatures. Go ahead and click it so we can start getting wild!