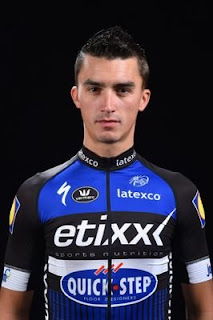 The earth must is shifting on its axis. Saturday, I found myself enjoying watching NYC vs New York Red Bulls in a soccer match where the Red Bulls blew NYC out of the water 7-0. I actually enjoyed myself and yearning for more. And today, I turned on the tv and got engrossed in the final stage of the Amgen Tour of California, watching Mark Cavendish wind the final stage and Julian Alaphilippe win the overall race.

I have never been a follower of sports on television or sports in general to tell the truth. However, I have always had a fondness for cycle racing, largely for sentimental reasons. As a kid my brother Butch and his wife Mary were amateur cycle racers. So much of my  childhood is littered with outings to see them compete. To this day, cycle racing is one of the only sports I actually enjoy watching.

Now as I have three nieces, Butch's girls, who have been involved in soccer for years, I have had a slow growing interest. The truth is I know nothing of the rules of the sport, I have decided to learn what I can. Especially now that LA is looking to bring another soccer team to LA, as they build a new sports arena in DTLA, now seems like a good time. I have often been tempted to go to an LA Galaxy game but Carson is a bit too far for me to want to travel on a regular basis. But if a new team is based in DTLA, I may find myself getting tickets! In the meantime, I can get started and learn a little bit more about the soccer league in America. 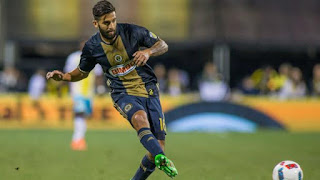 I have no idea how to educate myself on the world of soccer but as a native Philadelphian, I might as well check out the team there, compare it with LA Galaxy and wait to see what the new LA team looks like before making a final choice who I will align myself with as a fan. In the meantime, I guess I should scour the web to learn about the sport itself, the key players worldwide etc so I can get the most out of this new adventure.