Did You Leave Your Cellular Phone at Home?

Cellular Phones and Cellular Phone Technologies have advanced by leaps and bounds since their introduction on the market. Do you still remember the day when the cellular phone looks just like the one on the left? I used to joke with my friends that if we throw that phone at someone, it might just kill the person. Some of you might have even seen water bottles being made to look just like that phone. Those were the days when cellular phone were only carried by the rich and elite who could afford them. I have a friend who used to work as an insurance adviser and due to the needs from work, he was among the first few to carry a cellular phone. He said that he used to go to a quiet corner when using his cellular in public or he would get a lot of passersby looking at him as if to say that he was a show off; who would need a cellular in those days when you can see public phone almost everywhere you go. 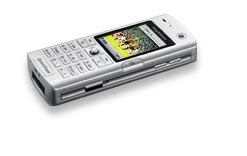 The 'water bottle' mobile phone had since made drastic changes. It has become so small that it can even fit in nicely to your pocket and purse. Not only that, the mobile phone has also changed our lives dramatically. It seems that almost everybody has a cell phone these days. Most probably some of you are carrying more than one cell phones; one for personal use and one for work. I have even seen children under the age of 10 texting and talking to their friends and family. However, just a word of cautious, it will be a great idea to get your children an earpiece for their use. I have been through a seminar before on the possible effect of cell phone radiation to human. The speaker had said that the skull for children will not be fully developed only until they are 14-15 and thus the radiation from cell phone will affect them more.

Reuters reports that the Carphone Warehouse and the London School of Economics found that one in three people wouldn't give up their cellphone for a million dollars. As a matter of fact, they "would rather give up alcohol, chocolate, sex, tea, or coffee than live without their mobile phone for a month." Responses varied among the 1,256 participants, but the survey did found young Britons under 24 were less willing to give up their mobile, than those over 45. Makes sense since the 45 and over age group didn't grow up with cellphones. Do you feel the need to have your cell phone with you all the time or do you happened to be one who is wearing an earpiece all the time? I am for the latter, at least when I need to drive. Just another word of cautious here, if you are driving, do use the hands free. Earpieces and bluetooths are so widely available at affordable prices now and there is really no excuse not to be using them when you are driving. Be a responsible driver.

As discussed earlier, cell phone has changed our live dramatically - it has practically changed our relationships and the way we work. Texting and smsing have become a common thing. You can be in touch 24/7, and have no excuse not to text back. Personally for myself, texting is good and convenient especially if the message that I want to convery to the other party is not time critical or I do not have to get an immediate reply from the person. However, for important message, nothing beats a face to face meet up. If meeting up is not possible, at least make it a phone call where you can hear the person's responses directly and immediately clear up any misunderstandings. How has cell phone affected your relationships? 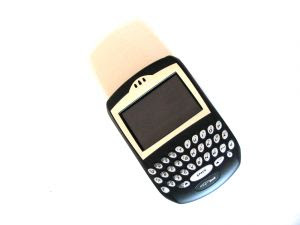 Communications demands in work and business have spurred the development of advanced communication technologies that allow you to be contactable 24/7. Whenever I see someone using a Blackberry phone, I always remembered what one of my friends said. He is working as sort of a project manager and event organiser and thus he has to be contactable at all time. I remembered when we were having dinner with him, he said that he really envy us and how he wishes he can carry a smaller phone instead of his Blackberry. And as you might have guessed, he carried two phones and he said it's really inconvenient and troublesome at time. Last month we had another dinner gathering and just when we were about to leave the restaurant at around 1030pm, he got a call from one of his contractors informing him that they were hanging up the banner (not the banner we have in the internet) for an upcoming event. They had taken and email him some photos and were calling to check if he had checked his email yet. Cell phone has made work easier in a lot of way and yet it definitely changed our working hours and put a new meaning to the so called 9-to-5 work. How has cell phone changed the way you are doing your work? 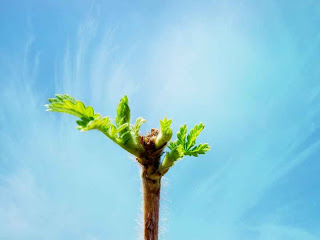 The cell phone of yesterday is no longer an item only for the rich and elite. Through the advances in technology, the cell phone has become an affordable item for the common people and our lives can never be the way again. There are no way we can prevent or control the advances in technology and it does not make sense not to embrace these advances if they make our lives easier and better - provided that these advances do not disturb the harmony with the environment we are living in. I remembered a quotation that goes something like this, "We must always love people and make use of technology and not the other way round." On top of that, I must add, "We must love our environment too!" We would not be around if our planet is harm. Wishing all love and goodness in all areas of your life.

Shop or Create What's On Your Mind at CafePress.com