DIDN'T KNOW THE LIZARD HAD SHAT 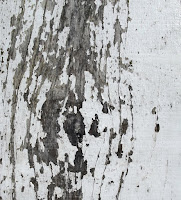 She walked away from the car and contemplated the morning and evening only to come around to the afternoon when feeling a rock had gotten into her sandal she stood on one leg not for long as she lost her balance and thought of the mop next to the vacuum cleaner next to the chopstick one of the chopsticks that had fallen onto the floor next to the birthday card from last year the one she had told herself she would get rid of during that really shitty week quite more than all the other shitty weeks.