Divorce in the Arab World- Getting to Know your Partner

Marriage has always been a big thing in the Arab world and after a certain age, if you are still single, people keep bugging you :"When will you get married?" Your family, friends, and neighbors try to match you up with someone before it is too late, and you end up being single for your entire life which they would never let happen because they want you to be forever happy. If not forever happy, at least seemingly happy for the three hours they get to dance with you at your wedding before you realize that you have chosen a partner who is not suitable for you and start thinking about divorce.

I am not trying to be  a pessimist as not every marriage ends in a divorce; there are a lot of successful marriages in the Arab world, but divorce is now more common in the region than it ever has been. When I first heard that one of my friends was getting divorced, I was shocked, but now I have become so accustomed to hearing such news  that it has become the equivalent of someone telling me that they are down with the flu. There several causes leading to divorce and an obvious one might be that our generation has far more expectations from marriage than previous generations. Again, we cannot generalize the cause(s) of divorce as each is its own special case with its own intricate details that only the couple themselves know of . It is not my goal to try to figure out these causes in this post rather, I am trying to bring to the light some precautions to take before jumping into marriage. 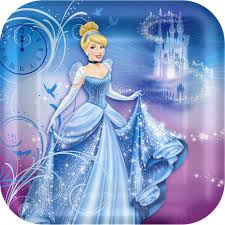 Let us begin with the notion of marriage and what unrealistic expectations we have of it. Whilst we live in real families and have experienced first hand that every family has its ups and downs, we forget that when we decide to get married; we cannot imagine our marriage being anything like the dysfunctional but loving families we ran away from. On the other hand, sometimes our families shelter us too much that we become useless when it comes to facing real-life problems, so we compare the relaxed life we lived with our family with the hectic life we are living with our partner. You should be well equipped with sufficient life skills to deal with problems so that you do not get punched in the face by reality after marriage.

Now we will move on to the partner whom we will share our realistic notion discussed above with. After we acknowledge that marriage is not a perfect happily ever after, we should begin acknowledging the fact that our partner will not be an angel sent to us from heaven. Everybody has their pros and cons and you might be so delighted with your partner's good positive attributes and characteristics at first that you do not look for any negative aspects in them before marriage or you might notice them but have a plan to change them after marriage, but remember, old habits die hard, so do not depend on changing aspects that you cannot stand after marriage.

Let's be honest with ourselves, in the Arab world men usually look for a girl with good looks to marry and women look for men with a big bank account, pardon me if you are an exception to that, but that is how it generally goes. Men usually ask for certain physical traits in a woman and then others lead him to women who carry these traits. He goes to her family house for a marriage interview and falls in love with the way she looks as her family questions him about his financial stability and Bam! Wham! they get married. Now, a marriage built upon practically nothing will easily break down into nothing after a while because there are no stable bases; the husband can replace the wife with any woman who is beautiful and the wife can replace the husband with any man who is financially stable.

Sometimes, we do look further than than the surface when looking for a partner and we do ask for more specific characteristics such as generosity or being well-mannered, but we need to be careful here as these are traits which can be pretended by partners during the engagement period, but after marriage you find out it was a hoax. Unfortunately, there are many traits that we cannot be absolutely sure of until we marry the person, but that does not mean that we cannot pick up any of them until the knot is officially tied.

When a man goes to asks for a woman's hand, the family usually asks about her and the same goes for the woman's family asking about the man. Even in marriages which are not traditional and the couple already know each other, the families still ask because it is a common culture to do so. When this happens, people ask people who ask people who ask people who ask people and then they report back to the families of the man and woman, so keep in mind that you are not getting first-hand accounts of  the person; you are literally getting community gossip whether it be positive or negative. If people tell you that the man your family asked about is always at the mosque for every prayer that does not mean he is a pious, God-fearing human, it might just be a habit that he is accustomed to but is not mindful of; he may be going to the mosque just so people can think highly of him. People may tell you that they never saw him in the mosque for a prayer, yet this man whom they judge, might be praying at home with more piousness than themselves. We are a very judgmental society judging people on the basis of what we see, so do not believe everything people tell you about a person.

As community gossip can be misleading, it can also be helpful when people are being bluntly honest and actually know the person you are asking about or the family personally. A friend of mine who called off her engagement after a couple of months said that when her family had asked about the man who had proposed to her, nobody from his community had anything good to say neither about him nor his family and yet she still went on with the engagement only to find later that everything they had said was true and instantly called off the engagement. You do not want to be swayed by the opinions of others, BUT if nobody has anything good to say then you probably won't have anything good to say about your experience with this person either. Do not ignore the flashing red lights if there are any.

Engagement is a great time to get to know the person you plan to spend your life with better, so use it wisely and even the time between writing the marriage contract and the actual marriage ceremony should be utilized for this purpose. If you sense or discover something during this time that you won't be able to handle if you get married to the person, then either try to resolve it with your partner or call it off. A lot of people do not want to be a party-pooper and call it off when their family and friends are expecting them to get married soon, but there is something wrong, it is better to call it off now than to get divorced later because the latter will be more emotionally painful. A friend of mine told me her concerns that she had about her fiance when they were engaged and she was right about her concerns, but she went on went on with the marriage only to get divorced later for several reasons including many of the concerns she had pre-marriage. I am not encouraging people to call off their engagements over every single little thing, but if it is something that you will not be able to deal with at all and could lead to several problems, then you might want to re-think your choice of partner. Do not refrain from calling off an engagement that is not going well just because you have already purchased your wedding gown or because you do not want your Facebook friends to ask you why you deleted all pictures of you and your fiance.

In the generation of our parents, people would get usually get married to people from the same village or town whom they knew personally, but now that the population has grown rapidly and people are busier with their own lives and families, we no longer know everybody and we no longer know them well, yet many of us are still getting married in the same way as previous generations even if we have met our partner before presenting them to our families. In a world where you can know Google your a potential partner, maybe it's time we updated our ways to help us make better choices. I do not believe that divorce is taboo or that we can always avoid it, but I believe that we should make well-informed decisions before committing to a partner we are not too sure about.