Do This Instead of Building Your Own Project Race Car 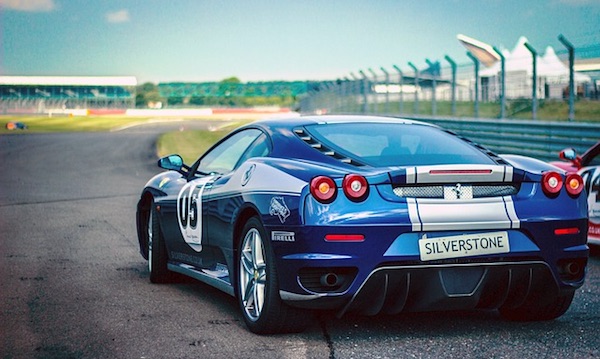 For my twelfth birthday, my parents gave me a DVD of The Fast and the Furious. It was unlike anything I’d ever seen. I remember watching it over and over again, pausing to get a better look at the cool cars. The car that held my attention was Paul Walker’s Mitsubishi Eclipse.

One reason the 2nd generation Eclipse is such an alluring car is because of its performance capabilities. The turbo models come with 210 horsepower from the factory, which is nice but it’s capable of 1,000+ horsepower. The idea that you can buy something and figure out how to unlock its full potential is a gearhead’s dream come true. It’s a gift the Car God’s left for us to unwrap.

Furthermore, what about your time? To me, that’s the biggest reason not to own a project car. Modifying a car takes FAR MORE TIME than we always think. Engineers spend years designing the car. We can’t just go ripping into it and expect everything to work out right away. Plus, the value of the car doesn’t increase in proportion to the amount of money you put in. Rather, in most cases, the value declines once a car is modified.

With the cost of parts, devaluation of the machine and time – tinkering with cars could really be a terrible financial decision. When we’re young, we should focus on building resumes, saving for college and doing things that add long-term value to life.

Get the same sensation by doing something that’s more productive. Maybe driving isn’t what you enjoy, rather, it’s the process of perfectly tuning a car. Program other things. Make a business of it. Here are some things to focus on instead:

1. Get Obsessed with OEM

This is me. It’s hard to find ‘tuner cars’ that are stock. This makes a stock car more rare than a modified one. That’s alluring to me. The car will actually go up in value over time as well. If you like wrenching on a car, make sure your OEM car is well maintained and fixed quickly. That’s enough wrenching to keep me happy.

2. Buy a Car with Previous Upgrades

If you put a $1,000 exhaust on a $1,000 car, the price of the car doesn’t double. Let someone else take that hit. Buying modified is always cheaper than doing things yourself. Just make sure the mods were done properly.

If you buy a car that doesn’t respond well to performance upgrades, you’ll be disincentivized to modify it.

4. Focus on the Bigger Picture

Think of your past cars. Were they good purchases? Are there better uses of your money? Do you want a house? Do you want to become wealthy? Make those your goals. They are more worthwhile than a fast car for most people.

Heavily modifying a car just isn’t worth the financial calamity – not for me. If you can rationalize it, that’s up to you.

I still love cars to death – I’m just focused on maintaining my current Eclipse and repairing it myself when parts wear out. It’s a nice medium between never working on a car and having a project car nightmare.

What do you think of spending money modifying a car? Have you ever wanted to own a souped-up car?