Draft one of Tryfling Matters, Done and Dusted! 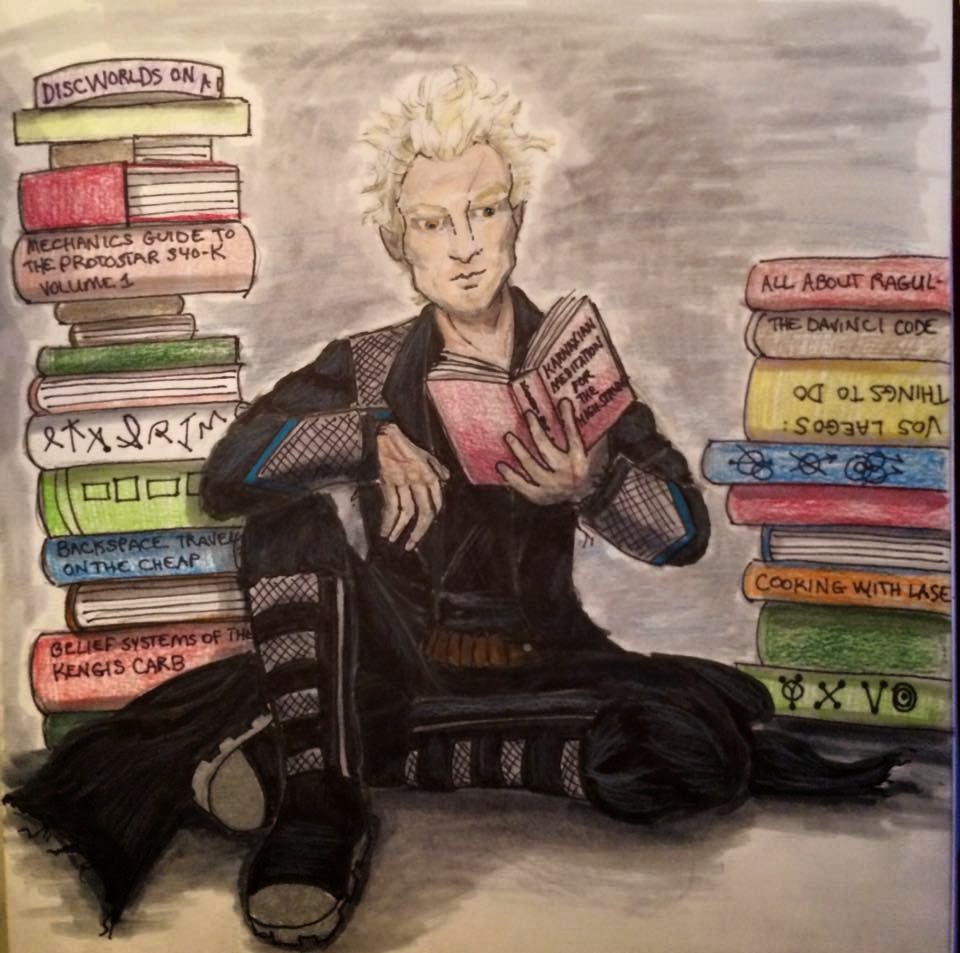 Well, as of last evening, draft one of Tryfling Matters (There Goes the Galaxy book three) is done.
To quote Captain Amazing from the movie Mystery Men: "Is it perfect? No. And that's what I like about it!"
I admit to shedding a few joyful tears as I figured out my last scene and my last few words. A lot has happened since poor psychology grad student Bertram Ludlow was abducted by aliens from his basement apartment. A lot has happened for me, too, while putting these books out there.
I would like to take the opportunity to once again thank everybody for being so supportive. The words of encouragement, the book in-jokes, the honest reviews and the word-of-mouth have all helped inspire me to continue rolling forward.
There's lots of work still ahead of me, of course, and I have a list of items I still want to integrate that's as long as my character Rollie's intergalactic rap sheet. But right now the draft is something tangible I can hold and reread-- and most of all, it's something to work from. I feel like it's on the right track.
So, today, I leave you with that stellar news and a little excerpt I'd had fun with in the first draft:

Rolliam Tsmorlood had a limited experience with those newly-born to the planet Tryfe. But he was pretty sure Tryflings of the infant persuasion were more into Toe Discovery and Disproportionate Head Management than they were completely unnecessary combat rolls and ducking behind park benches.

It was this last movement in the crowd that caught his eye. ﻿

By the way, the image at the top of the page was something I doodled when I was struggling a little writing a chapter. It's my character Rollie in his personal library and print museum on the planet Ejellan. As a friend pointed out, his tastes in books are pretty diverse-- basically whatever he can get his hands on-- though he does tend to enjoy various philosophies and cultural texts.