This is the final version of my Scratch game Dystopia City - with thanks to Scratch users E1eventeen and alpacaceratops for their comments and to everyone who played the beta. I've tweaked the gameplay, instructions have been re-written, there's a soundtrack composed in MuseScore, a better menu system and six alternate endings.

Scroll map - Up and down arrow keys

Assign Roles - choose a Faction from the Faction-Role menu, then choose a Role to assign to that faction: Construction, Repair, Paperwork or Firefighting. For example if you choose Hufflepuffs and Paperwork then all Hufflepuffs will be assigned to do Paperwork whenever they are near an Office. At the start, all Factions are assigned to Construction.

Increase the population of the Citadel to 150 to win. Keep your citizens occupied to prevent boredom - bored citizens will start to light fires or try to break out of the Citadel. You can turn the music score on and off by clicking the music button. Hint: it's not a bad idea to start by building an Office then assigning one Faction to Paperwork. 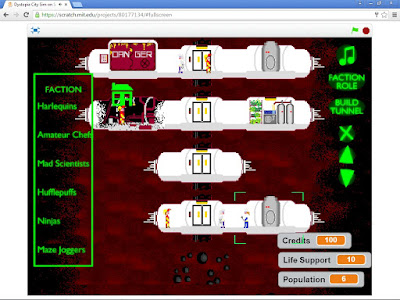 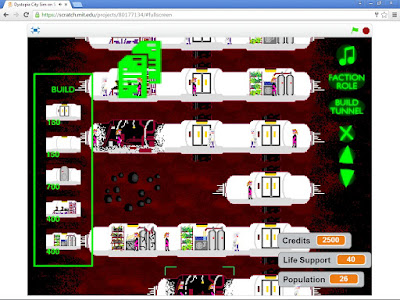