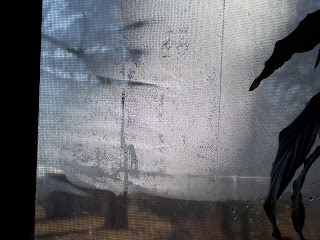 Writing this, thinking of Christopher I look out the window and see this.

Col. 3:15 “And let the peace of God rule in your hearts, to the which also ye are called in one body; and be ye thankful.”

I could feel the sadness brewing at the beginning of the week but when Thanksgiving arrived it hit me like a Mack truck running me over, and my body left to lie on the cold concrete as the truck kept going. I always get sad around the holidays missing my family but it hit me harder this year I think because my one and only living son had to work.

I could feel the hustle and bustle coming through my screen as my days are not much more than sitting behind a screen writing my feelings down or cleaning and scrubbing the house to my liking as I prepare for the Christmas season. I just like a clean house so it tends to keep me busy on a daily basis.

It was 34 years ago on Thanksgiving day that I lost my firstborn son. I often think of what my son would be like had he been able to live in this crazy world. Sometimes I’m thankful that he didn’t have to endure years of pain with me as a failing mother and that he resided with his heavenly Father who would shield him from the world's animosity; it doesn’t hurt any less, after all, Christopher was still born!

It’s too long of a story to get into but the gist of it is, the sharp stinging pains started on Thanksgiving Day in 1982, and a doctor visit the next day confirmed my nine-month fetus was lying in a tomb, my body. A week would pass before the dead lifeless baby was delivered and it was one of those changing points in my life that affected me for life.

Every Thanksgiving Day has been a kind of memorial day for me (no one else) when I think of that day. I don’t cling to the sadness just for that day but the days that followed leading up to Christopher’s birthday, December 2nd. This year was no different as my husband and I sat at an empty table alone, eating our scrumptious dinner that I was ever so grateful to be eating.

I consider myself to be a strong person but there are two days that buckle me to my knees and that is Astri’s birthday and Christopher’s birthday, my two angel babies that didn’t have work to do on earth but had plenty to do in heaven!

So maybe you can sympathize with me as I eagerly made the turkey, the mashed potatoes, yams, and dressing this year but the meal when done, would only fill my husband and my stomach. Tears streamed down my face during prayer as I was missing so much, feeling so empty waiting to be filled. This was Adam’s first Thanksgiving away from the table and I felt the emptiness in the core of my bones.

I watched as family after family rejoiced in spending time with one another. Picture after picture of sons and daughters, brothers and sisters, aunts and uncles all gathering around for what was to culminate in a family tradition. Family time together, that is what Thanksgiving is to many people but I do know a few who celebrated alone and maybe no one offered a prayer for them (but me) because they were too busy being thankful for what was in front of them.

I think in some way I shaped my own family tradition of loneliness on Thanksgiving Day and not really understanding or comprehending what Family Tradition is all about. My family back home celebrated in their own non-traditional way. My brother invited my mother to his house, my other brother went to his families home, while my other two brothers and sister all ate alone, like me. (My one brother is homeless, the other alone in Tennessee, my sister's kids all ate at their friend's house, I guess, because tradition is not the norm for my blood family)

It’s pretty sad when you miss family because of a death and they’re no longer with you to celebrate, or you live too far away to get together for the turkey day celebration, but it is quite downright pathetic when you have a big uncaring family and you’re left alone on the holiday even without a simple holiday greeting of Happy Thanksgiving! Just so you know, *I* DID make the effort to extend a greeting to those blood family members who are my ‘friends’ on facebook. A huge family and two replies, wow that made my day.

Now my virtual family all replies when you say Happy Thanksgiving to make you feel like some part of their family and celebration; that takes the sting off of feeling depressed during the holiday. Had it not been for them, I would have probably spent the day puddled in tears, feeling hurt and throwing myself a pity party.

My writing break is not over yet but I just had to get this off of my chest and writing is my only healing spot. Thank you all for reading but most off all THANK YOU for allowing me to see traditions through your eyes and letting me know that families DO exist in the world today! Thank you for sharing you with me! 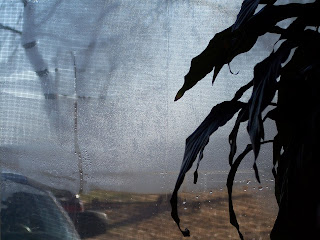