FIBULA: WAS THAT THE DOOR? 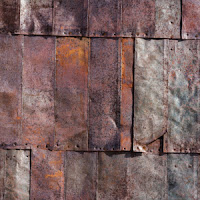 Would he go over it and discover the answer b kept reappearing? He would he had and it did the answer b kept reappearing and re-emerging in an act of resignation filling out a life made of choking down deal-breakers. Menacing eyes burned through the dark of his closed lids into his puzzled brain twisting his nut-sack into a posture of pretend engagement with the farce on the other side of the desk drooping in front of an old paint job in need of another one that comes after you quit or attempt to in your ambivalent minding of the store of the decreasing initiatives singular now they waited for it and here it is a unifying tactic ground into the power of reduced neighborhoods refined by having only one left of everything. Touch yourself and pull hard pull until you peel off the flypaper of the universe and rise out of a sweaty bed and adhere to it again the double-sided moebius strip of shit.