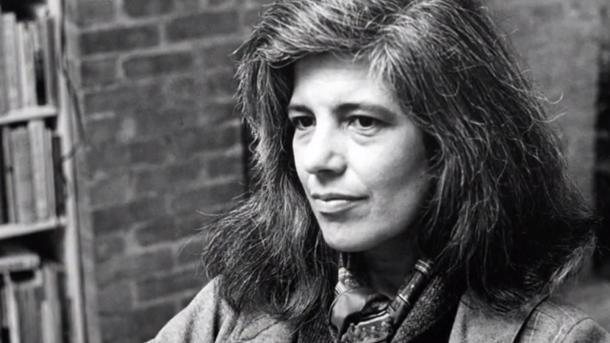 Susan Sontag was iconic but she was an icon who warned against the entitlement of the observer and the assumption of a right to observe. She was renowned for being brilliant yet confoundingly difficult. One of the most influential writers of the 20th century, Sontag refused to be pigeon-holed as a female or feminist writer.

Directed by Nancy Kates, Regarding Susan Sontag tells the story of Susan's life from her childhood to her last days and death from cancer. The film received the Special Jury Mention for Best Documentary Feature at the Tribeca Film Festival in 2014 and was nominated for Documentary of the Year at the 2015 Dorian Awards. 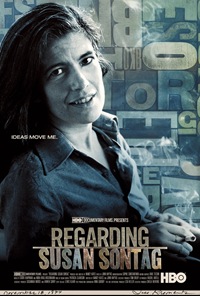 Regarding Susan Sontag is first and foremost a biography. It is a film about Susan Sontag, not about her works. Director Kates remarks that it would be impossible to attempt a critique of Susan's writings through the medium of film but the truth is you can only gain an intense familiarity with a body of printed works by actually reading it.

In a viewing at the Frontline Club in London, the question was asked of Kates why she chose to focus so closely on Sontag's sexuality to the detriment of her works. I think it is rather a question of why the Frontline Club chose to screen the documentary - in a meeting of journalists regarding a woman who commented so poignantly on the role of the media and photography, it was only to be expected that viewers would want a greater insight into Susan's thoughts. The film does not provide an in depth critique of Susan’s thoughts and opinions nor does it delve too deeply into her major works.

Nevertheless, the film does not focus only on Sontag's sexuality and the film made use of an impressive series of montages and techniques to blend together archive photography, film footage and interviews with voice overs from Patricia Clarkson who narrated Susan's diaries.

Nancy Kates remarks that Susan's own son David Rieff wanted nothing to do with the documentary and all footage of him in the documentary was archive footage. It is hardly surprising given that Susan chose not to inform her direct family of the terminal nature of her illness. Once he made his decision, Kates had to consider whether to carry on with the film at all. She decided to go ahead on the basis that there was no shortage of archive footage of Susan and her papers and diaries were released into the public domain after her death.

When I went to see the film, I anticipated an insight into Sontag's works and the situations she wrote about but I didn't demand it. Regarding Susan Sontag made want to be a better me, a better activist but it also reminded me not to make the same mistakes that she did, to connect with people and to dive right in to human relationships. It demystified the icon for me and reminded me that while talented, Susan Sontag was fallible and human. The film certainly made me want to go out and read all her works in one sleepless, caffeine-fuelled sitting.

Would I recommend Regarding Susan Sontag? Absolutely. From a film-making point of view, the documentary is superb in its use of archive footage and montage techniques. The narration of Susan’s diaries provides an insight into what she was thinking and feeling in a way that she never publicly revealed during her lifetime.  I would recommend the film for people interested in the human being behind the brilliant public facade but do feel that viewers seeking to connect to Susan on a critical, intellectual level might be left feeling a little disappointed.