blogcatalog
Written by: ketaki Joshi.
There is a mysterious pleasure, hidden in doing things that are forbidden. Acting contrary to the set patterns and flaunting about it, is the most in thing. It always has been, and for some unknown reason shall continue to be. A perfect example would be the line “It is good to be bad” from one of the recent films. 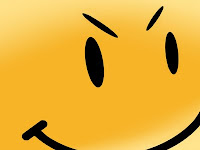 A lot of people, tactfully pick up episodes from their past and initiate a talk on how notorious they used to be and how they were almost rusticated from the school for being a brat. Nobody wants to be tagged as a criminal but there are countless individuals who like showing off their disobedient side. It probably, gives them a sense of joy and achievement and is certainly a reflection of their diverse experiences.

Most men, prefer being uncomfortable with too many rules around. They believe, not being in sync with the rules, is a sign of a free soul. What is so free about it, is something I leave for you to ponder. It is the happiness, that they seek from such pretense, which keeps me from discouraging them.

Well on a lighter note, when I have people complaining about the suffocation they experience because of the home discipline or the rules in general, I feel the need of suggesting them to opt for meditation. Probably, that might help??

I wonder why abiding by laws is such an underrated act.
Why is it so bad to be good and ideal??
Why is smartness often associated with how well one can lie?
Why is the abusive language so popular?
People are constantly trying to prove their evil side. I find people boasting about their blunders. In such a world when a man makes an effort to be good, he is sarcastically called a saint.

It is the human nature to explore what is forbidden. The degree of temptation has direct nexus with the level of restriction and to fall for such temptations is natural. On the other hand abiding by rules needs immense understanding not just of the laws but also of your inner self. However the concept of being good is considered to be an idealistic way of living, distinct from the real world.

Well, flaws are inevitable. To have the guts of doing what the masses disapprove of is a sign of bravery. However I feel there is nothing so splendid about being a law abiding citizen and there surely isn't anything so insightful about being illegal. You don’t become out of the world because you have survived an illegal adventure. Neither of it is difficult. It is only a matter of choice.

There is an old saying, “ Well behaved women seldom make history.” Unfortunately this has been followed by so many that now times have changed.
Today you will have to be well behaved if you have the desire of standing out.
Flaunting the Forbidden Files will not Fetch you Fame Forever..
Please Note: These thoughts are expressed by Ketaki Joshi, a resident of India, who loves blogging. Have a good day.!