Although I haven’t made a special visit to the location I named ‘ghost alley’ after I came across it during my explorations of the area in April last year, I’ve been passing through it every Sunday on my bike, and each time I’ve been thinking that there was more here that was worth recording. The first photograph was taken on my first visit following my return from the UK in October and shows the path that links the ghost alley section with the painted house: This path, 80–100 metres in length, is covered in painted images, although as you can see there is room for more. However, the most striking new installation at that time was the colourful paper lanterns, which may have been hung up as part of celebrations for the Mid-Autumn Festival a few weeks earlier and which were then either taken down soon afterwards or were destroyed by the heavy rain we had in early November.

Another new installation has been the refrigerator seen on the left of the next photo: The fridge, which clearly no longer fulfills its original function, has been decorated with brightly coloured hearts, and it would appear that the intention of the artist is for people to affix post-it notes (nobody has to date). It also looks as if some new images have been painted on the ground hereabouts. The net that has been painted on the path to the right of the painted house is definitely new—Paula has christened this the ‘giraffe path’, which is our exit route from the area.

The next photo, taken only four days after the previous one, shows two new features: a brightly coloured picnic table; and what I can only describe as tinsel spheres that rotate in the wind. 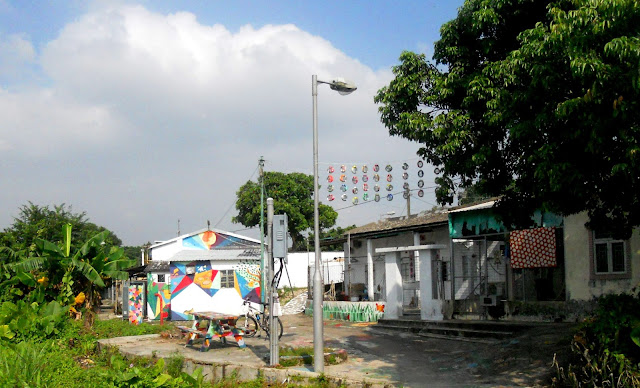 The next two photos don’t show new images. They are of the side of the painted house that is next to the giraffe path, which were probably painted at the same time as the rest of the house and which I think are amusing—especially the anthropomorphic carrots and Chinese turnips. Only a few days ago, while cycling along the path towards the painted house, I spotted something in the vegetation on the side that I hadn’t previously seen, although the state of disrepair suggests that these artefacts have been there for quite a long time: 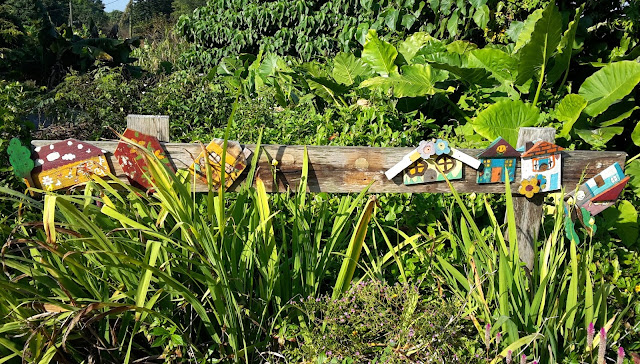 Finally, I’ve decided that I should record more of the images that have been painted directly onto the path. Many of these carry a date in May 2015, and as such have faded somewhat, although Paula and I did cycle through on a rainy day in November, and I have to say that on that occasion the colours positively gleamed! 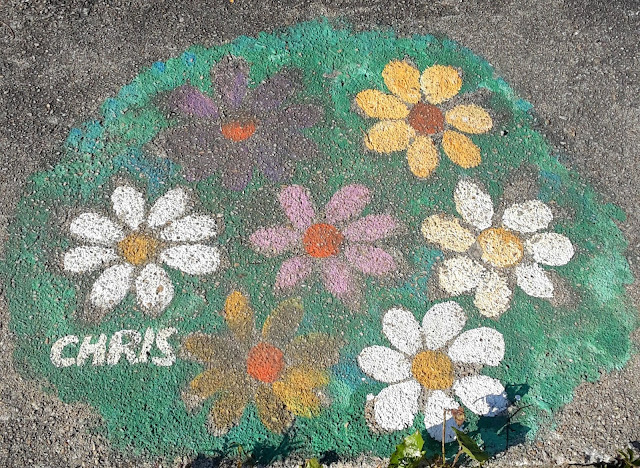 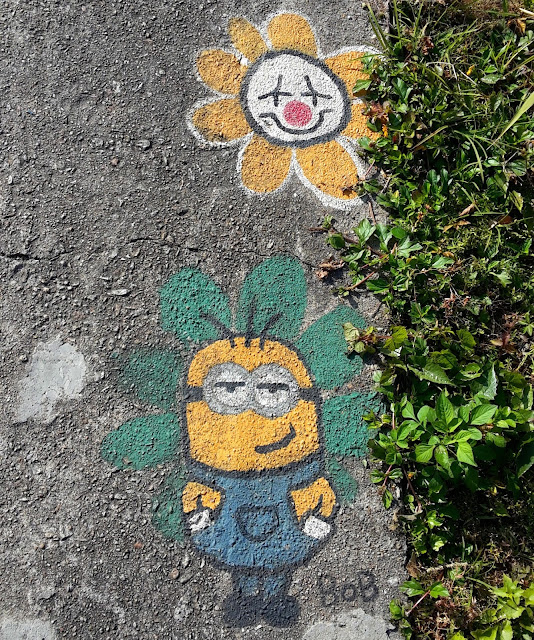 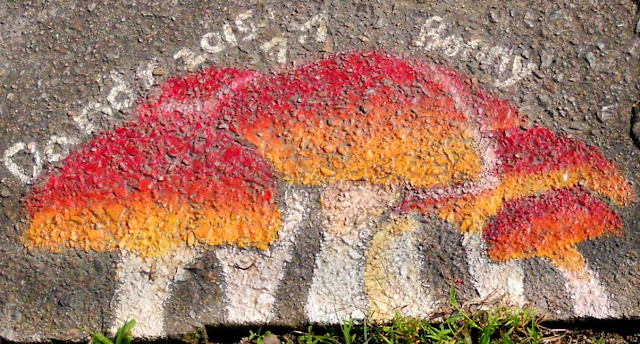 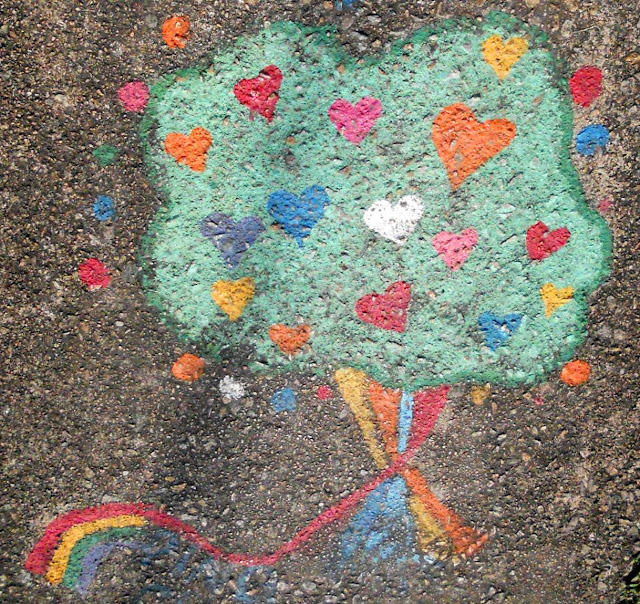 You could say that these paintings are extremely crude, but I think that this enhances their effectiveness, and I do like the quirkiness of many of these images. The last photo is of a painting that fills in a gap on the top right of the first photograph in Ghost Alley. Apart from its intrinsic aesthetic value, it tells me that ghost alley is a work in progress, and that I can expect more surprises here in the future. 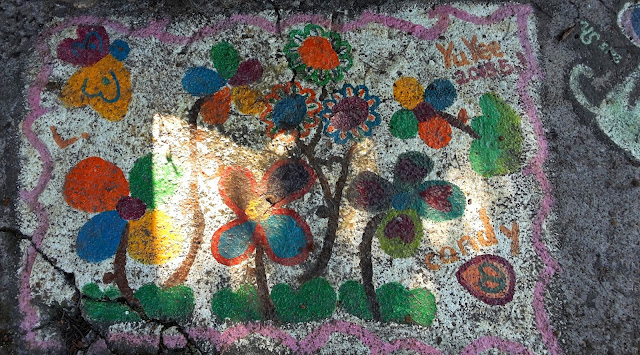