Gillian Anderson Has A Vision Of Fire 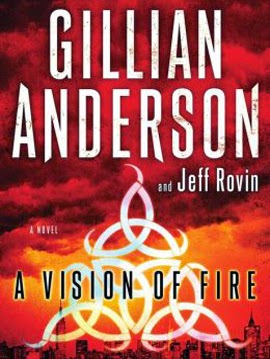 Everything seemed to have settled down after the failed assassination attempt on Ganak Pawar, India's ambassador to the United Nations, while he was walking his daughter, Maanik, to school in New York City. But by the time his daughter was safely inside and seated, there was a new cause for alarm.

While Maanik had left the scene uninjured, the 16-year-old girl started to exhibit signs of a post-traumatic break. It began with her scribing circles on her paper instead of taking notes and quickly progressed into something similar to a seizure but infinitely more sinister. Maanik, although not physically harmed, was slipping.

Hoping to keep their daughter's mental status a secret or risk being pulled from a potential military conflict between India and Pakistan, the Pawar family reaches out to renowned child psychologist Caitlin O’Hara. They want her to find out why their daughter is suddenly having violent visions and speaking in tongues.

A Vision Of Fire is an oddly compelling metaphysical thriller.

On its own, O’Hara would not find the symptoms of anything out of the ordinary from a girl who had just witnessed an assassination attempt. But even she has to concede that something else is at work.

In Haiti, a student claws at her throat and drowns on dry land. In Iran, a boy suddenly and inexplicably sets himself on fire. In New York City, rats begin to act irrationally for no known reason.  Even Maanik's dog seems to be acting out the ordinary, sensing something much deeper as the girl drifts back and forth between consciousness and increasingly terrifying trances. 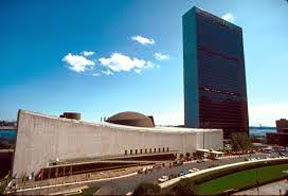 While O’Hara is initially convinced that the episodes and fits have something to do with the assassination attempt and escalating tensions between India and Pakistan to dangerous levels, she begins to waver on this assumption as other mythical links begin to appear all over the world. In fact, as she pursues unrelated patients and incidents, O'Hara finds that she too has a connection to these otherworldly events.

With the world on the verge of its first nuclear war and O'Hara investing some time globetrotting the world, one would assume the novel feels spacious. It doesn't. There is a surprisingly claustrophobic note to the novel in that most of it takes place not outside but inside the mind (or along a metaphysical connection between time and space, to be more exact). The result makes the book a little more metaphysical and a little less thriller, but no more or less enjoyable.

A few graphs about authors Anderson and Rovin. 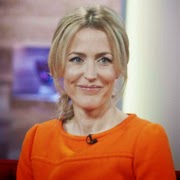 This is a fitting fictional debut by Gillian Anderson, who is best known for her role as Special Agent Dana Scully in the long-running and critically acclaimed drama series The X-Files. Others will recognize her as ill-fated socialite Lily Bart in The House of Mirth, and Lady Dedlock in the BBC production of Charles Dickens’s Bleak House. She currently lives in the United Kingdom.

The book was written with an assist by Jeff Rovin, who is no stranger to fiction. He is the author of more than 100 books, fiction and nonfiction, both under his own name and under various pseudonyms. He is also known to work on occasion as a ghostwriter. Many readers familiar with his work will no doubt find some similarities between this work and a dozen Op-Center novels for the late Tom Clancy.

A Vision Of Fire By Gillian Anderson Burns 5.4 On The Liquid Hip Richter Scale.

A Vision Of Fire is more thought provoking than entertaining in its ability to open up interesting subjects such as lost civilizations, cross-cultural metaphysical connections, and even some curious cultural insights. The downside is in the surprising decision to keep itself grounded through the perspective of a semi-skeptic who attempts to keep things rational despite what is happening.

While enjoyable, the biggest setback is that it is difficult to relate to a pool of characters who often face adversity with little more than a shrug — a holdover that is almost reminiscent of Scully the character more than Anderson the author. This is doubly true in the audiobook, which Anderson narrates in a quiet, unassuming near whisper.

You can find A Vision of Fire: A Novel on Amazon or order the novel A Vision Of Fire By Gillian Anderson and Jeff Rovin from Barnes & Noble. The book is also available for iBooks or, as mentioned, as an audiobook on iTunes. While the backbone of the story has considerable depth, the authors cannot seem to transverse its greater merit.