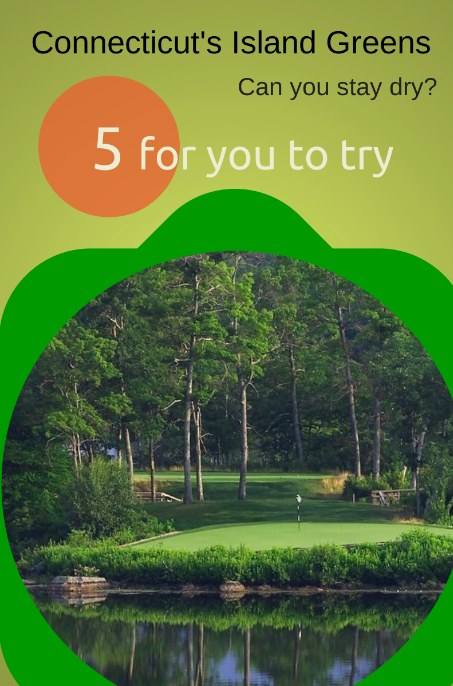 With its massive purse and unofficial "fifth major" status, THE PLAYERS championship is a perennial favorite of golf fans.

However, it's surely the iconic 17th hole at TPC Sawgrass that allows this tournament to transcend golf and capture the attention of the masses.

There's just something about an island green. The prospect of a sudden watery demise can play on the nerves of even the most experienced golfer, and high drama will often ensue.

It's a good bet there's not a golfer anywhere who's watched THE PLAYERS Championship without imagining themselves poised on that 17th tee, aiming for the island.

If a trip to Ponte Vedre Beach isn't currently in the cards for you, chances are you may be able to find a island green right in your own home state because, contrary to popular belief, island greens aren't all that rare.

Though they're not a traditional feature of golf course architecture, they've become quite popular since the mid-20th Century.  In fact here in my home state of Connecticut... without doing much research... I've already discovered five!

So check out your state's course listings, you may find an island green or two.  Meanwhile for those living in, or traveling to, the "Nutmeg State" this summer, here's what I've found: 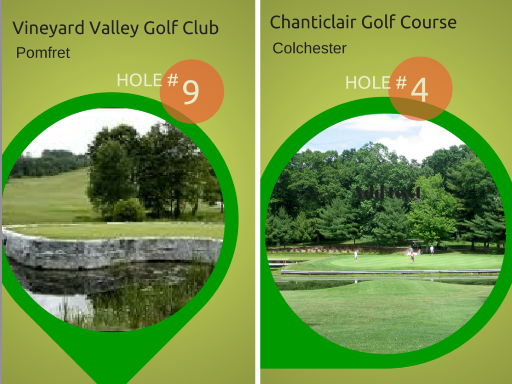 Vineyard Valley Golf Course • 34 Brayman Valley Road • Pomfret, CT - It used to be a vineyard, now it's a 9 hole golf course... and the finishing hole on this scenic, steeply sloped course is an island green.


"The ninth hole is what Gus Loos, the designer of the course, considered to be eastern Connecticut's answer to the famous island green at the 17th hole at Sawgrass in Florida. Playing anywhere from 120 to 160 yards, the green is fronted by a watery marsh that has been and will continue to be the graveyard of many a good score."