Gone With My Wind 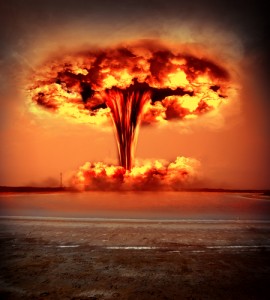 I launched a chemo fart today. For the record, had I been outdoors, birds would have dropped from the sky. You see, I’ve never been one to fart. I know Blazing Saddles is a hoot and I busted a gut once when a man I know let a cheek flapper go, blaming it on his new pants, but I’ve never been one to find flatulence a source of relief, release, or an appropriate reaction to a certain type of food. Call me uptight. Toss in too hoity-toity for my own good. But even when my Grandma Tillie would lecture, “There’s more room out than in”…my sensibilities would kick in and I’d think…if 7 billion people simultaneously freed a backdoor breeze, I hardly think we’d need to worry about global warming, wars, or toxic spills. We’d be blindly looking for an exit.

Today I watched golf ALL DAY…which only means that the chemo is messing with me. But there I was, sprawled out on the couch tracking little white balls, soaring towards a flagged pole in the Atlanta blue sky while crowds of onlookers held their breath in eager anticipation of a birdie, a bogey, a whatever. For those of you who know me, you’ll find this behavior hysterical as I’ve never been a golf fan. Don’t get me wrong…I know the setting is groomed and glorious, the exercise commendable, the clubhouse food tasty…but it’s just never appealed to me. I’ve also never imagined my ashes one day scattered into the par three tenth hole cup where I miraculously shot a hole-in-one the only time I ever played. The idea of multiple strange hands reaching into my new resting place is not a comforting visual.

Here’s a strange thing. I mentioned on FB about watching golf on chemo. I didn’t think there was anything wrong with that, but then some people messaged me and said they had cancer…or they’re currently cancer-free, but I never knew anything about their hardship. Why? Then I began to wonder…Was it bad that I let the cat out of the bag? It made me think…and analyze why I did it. I guess the best explanation is that cancer seems to be something everyone fears. The whole freak-out factor of chemo…not to mention, radiation. I guess I want to take the fear out of it. Show that it’s possible to find resilience, a laugh, and maybe even a new couch potato sport to zen mode thru a diagnosis!

An odd thing is happening…time has become elastic. It was one month ago that I came home from the hospital after the hysterectomy, waiting to hear about the pathology results. So much has happened since then that it doesn’t seem real. (…And speaking of that surgery…I went out one evening after I was back to my chipper self, and started what I hoped would be an interesting conversation with a very stoned human being. He asked me what it felt like to lose so many organs all at once. His eyes rolled back in his head as he said, “I just want to know what fills in the void where the stuff was? Is it a big black hole up there? If you sleep on your side, does it feel like the listing Titanic…everything sliding downward till it hits a pelvic wall?” Now if I’d been high, I may have tripped out on that question, but because I’m not indulging, I blinked a few times and then moved on.

I started chemo last Tuesday and a hydration treatment on Wednesday. Doing fine. There was one day that I felt lousy, everything ached like flu symptoms…and I couldn’t stop crying. But then my husband made a picnic and took me to the beach. Life is good! 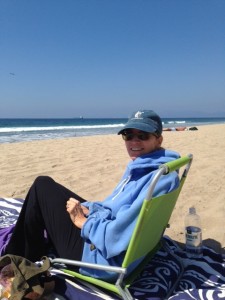