Talk about the Bersih 4 rally has been going for quite a while now. I don't need to elaborate much about the entire premise of the Bersih 4 rally as almost everyone is aware of it. In fact, I think pretty much the entire world knows about it, what with the way the authorities have been acting on the international stage. So when the announcement for all Malaysians to band together and march for our future against the corrupt, I was all for it. 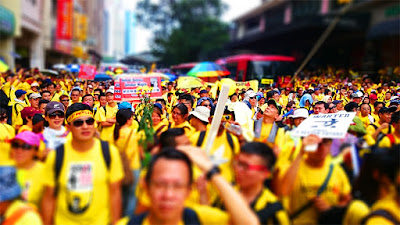 We've been taken for a ride by the corrupt ruling regime for way too long. They've practically bled us dry for their own purposes and take us for fools. They make it sound like we should be grateful to them when all they've really done is steal from us and run this beautiful country into the ground. This is the only country that I have and I wasn't going to let crooks ruin it any longer. 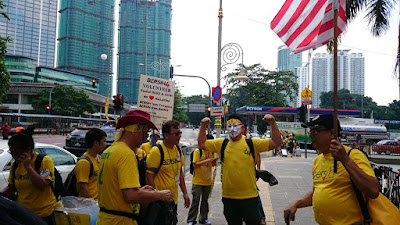 I missed the first 2 rallies but went for the Bersih 3 rally way back in 2012. The Bersih 4 rally was deemed illegal at the last hours which was entirely expected. The home ministry even deemed all yellow tees and the words Bersih 4 illegal and threatened the rally goes with arrest. I wouldn't even begin to describe how stupid they can be for making a color illegal. 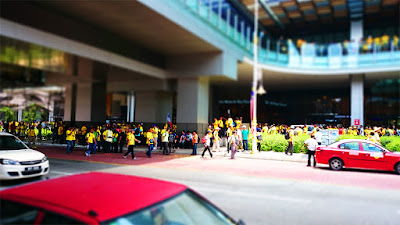 The wife, though a little worried for my safety gave me her blessings to go ahead and show my support along with thousands of fellow Malaysians. She wanted to come along but I told her I needed her safe at home to get me out of jail if things went south. She agreed and would also monitor the situation from home and keep me updated as much as possible. 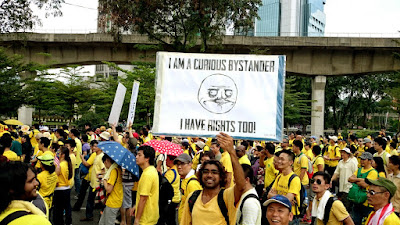 Together with Jamie, I headed towards Dataran Merdeka as early as 11.00am. The planned rally start was 2.00pm but we were expecting resistance from the cops and an early start would give us time to take alternative options to reach the rally venue if we're stopped by the authorities. 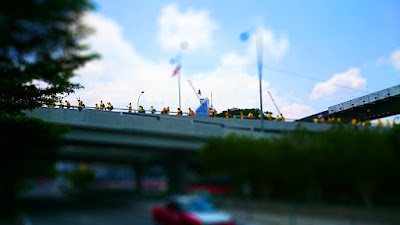 We parked outside of the city centre and took a walk to the rally meet up point. We were both surprised by the lack of police personnel. This time around the cops were in small batches at junctions and were actually helping the participants with traffic control. 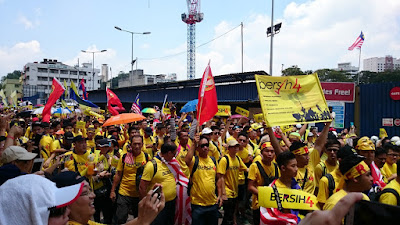 While it was a good sign we were both just afraid that they were leading us into a 'slaughter'. But we kept going and soon made our way towards the meet point. We met up to pick up our 'banned' Bersih 4 tee and joined thousands of fellow Malaysians ready to march demanding for justice and the resignation of the most incompetent prime minister (dare I say corrupt?) we've ever had. 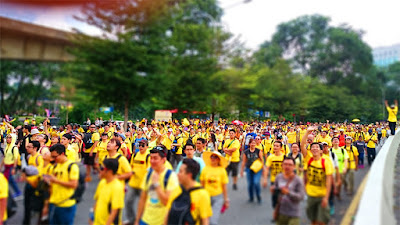 Anyways to cut a long story short, there I was standing with my fellow Malaysians of all races all with the same objective of saving this beautiful country from downfall. There is always hope but if we just keep quiet and expect others to do things for us, we will not go far. We have to stand united as one voice and fight for what we believe in and as one, we shall overcome the corrupt and bring some justice to this country. 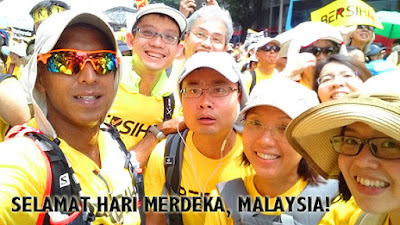