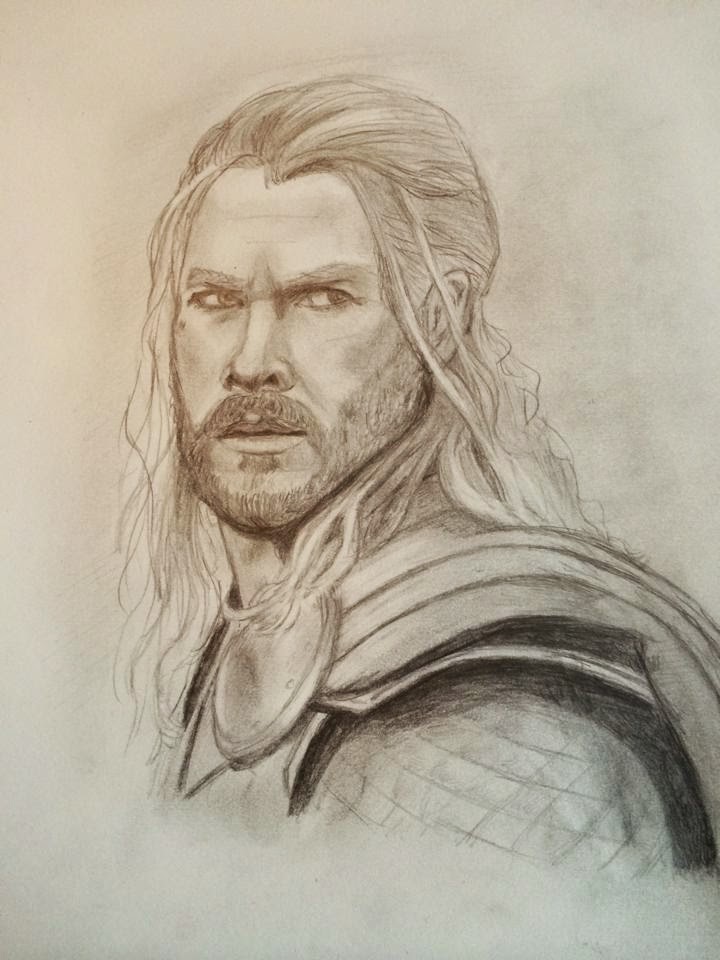 After the slaying of the Cumberbatch from my last post, I was feeling pretty confident that, with blood, sweat and many eraser nubbins, I might just be able to draw whoever I'd like to a reasonable degree. So in between writing, gardening and my Day Job Thingy, I launched myself into a series of portraits of my favorite movie characters.

To celebrate #Thorsday, I HAD to attempt Chris Hemsworth in the role of my family's demi-god ancestor-- a superhero forged of stardust, steel and quality hair care products.

I also chose Mia Wasikowska as Tim Burton's Alice in Wonderland, in armor, preparing to fight the Jabberwock. (And -- major ALICE IN WONDERLAND NERD RANT-- I love this movie, but I'm sorry, Mr. Burton-- the creature is NOT a "Jabberwocky." That is the name of Lewis Carroll's poem. The dragon is the "Jabberwock." It's right there on the page. This bugs me every time. I understand taking liberties with the plot to create a new film, but there's simply no reason to tweak the name of the Jabberwock. It is totally non-frabjous and someone needed to say that... Ahem.) Look-- Alice looks concerned about it, too. 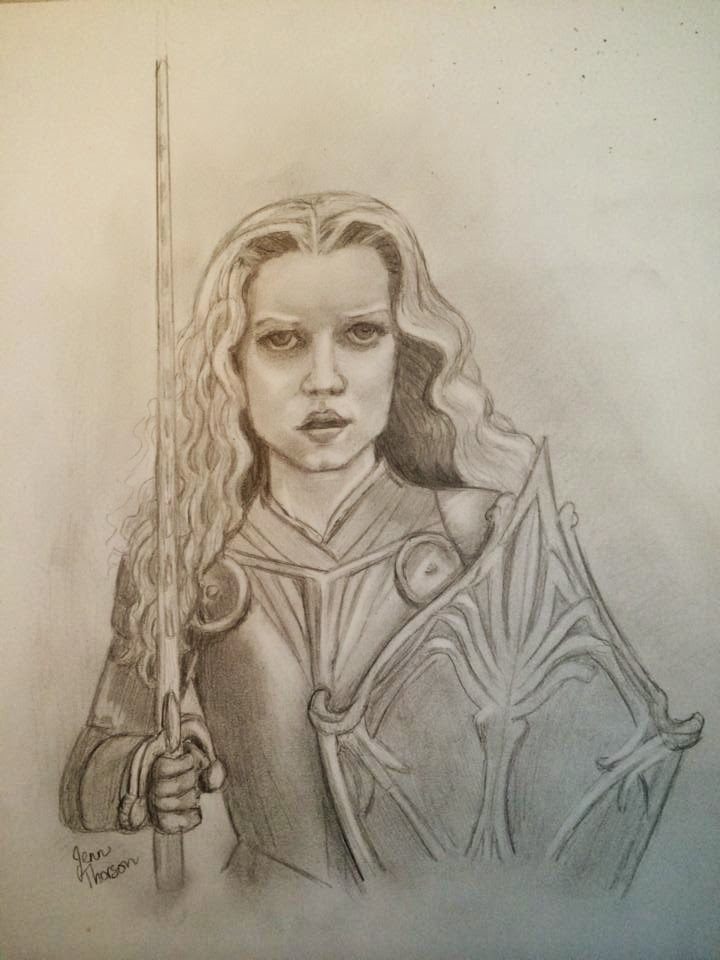 Post-Alice, I decided I would tackle two favorite character actors at once, by drawing Paul Bettany and Alan Tudyk as Chaucer and Wat from A Knight's Tale. Interestingly, it took me less time to draw both of these guys than it did a single Cumberbatch. All drawings for me are now going to be evaluated for their difficulty on the Cumberbatch Scale. 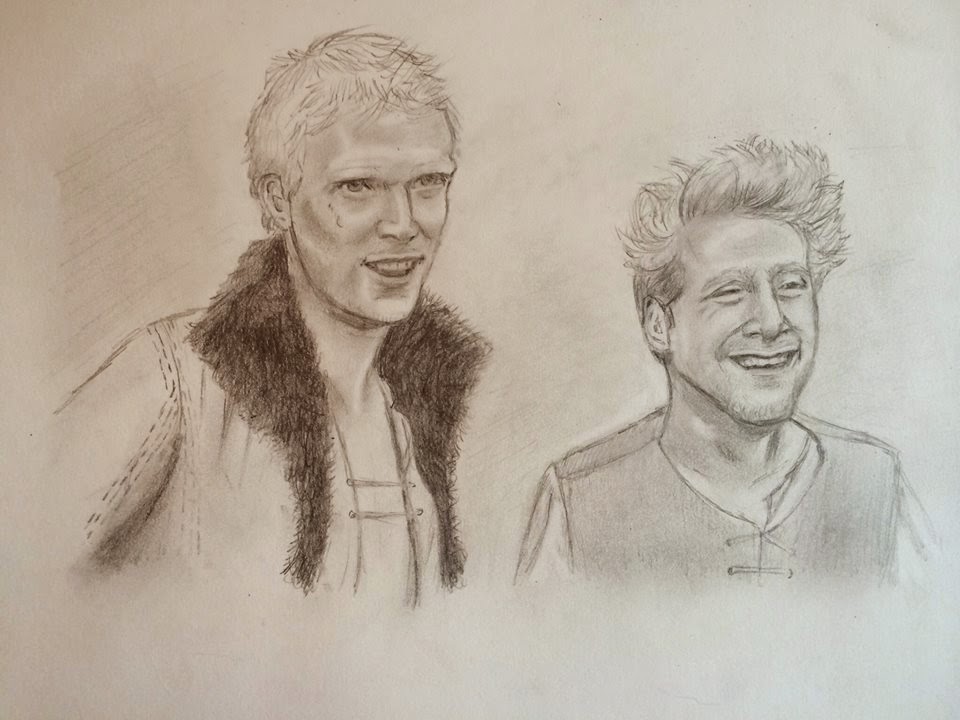 I've been wanting to draw Paul Bettany, anyway, because if my There Goes the Galaxy books ever became movie fodder, he would be my very first choice to play my character Rollie. Sometime, if I'm feeling brave, I may try to draw him in the role. He really only needs the orange eyes and madder hair.

Another film I've watched a million times is Ever After, so I decided to draw Drew Barrymore in the scene where she's headed off to the ball. I had to use two different reference photos to get this right since the photo of her costume didn't show her face clearly and at the angle I wanted. 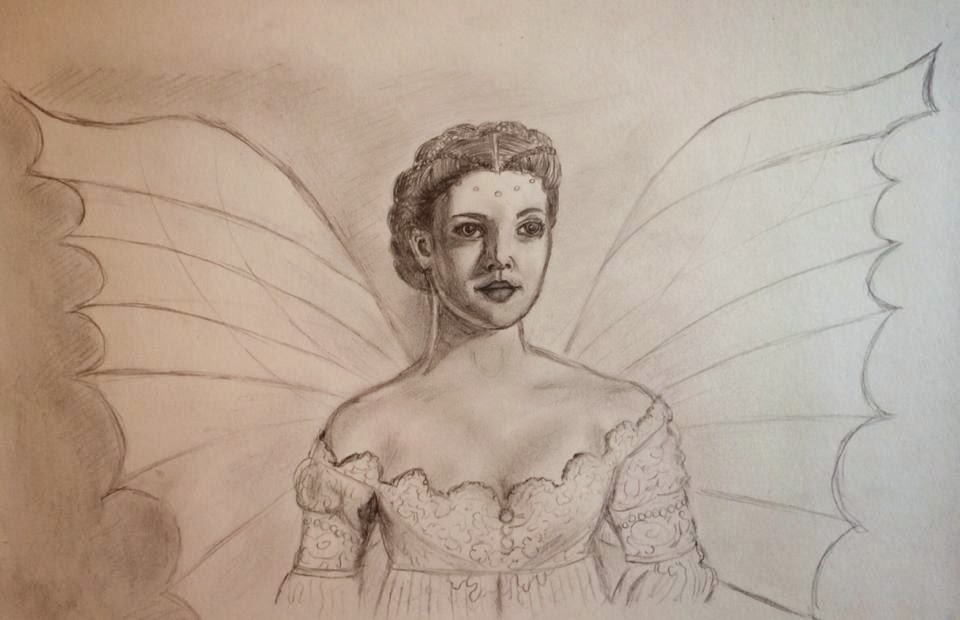 And my FAVORITE of the bunch is this Johnny Depp as Ichabod Crane of Tim Burton's Sleepy Hollow. I wasn't sure if I could pull this one off, so when the drawing actually began looking Depply, it was really exciting! 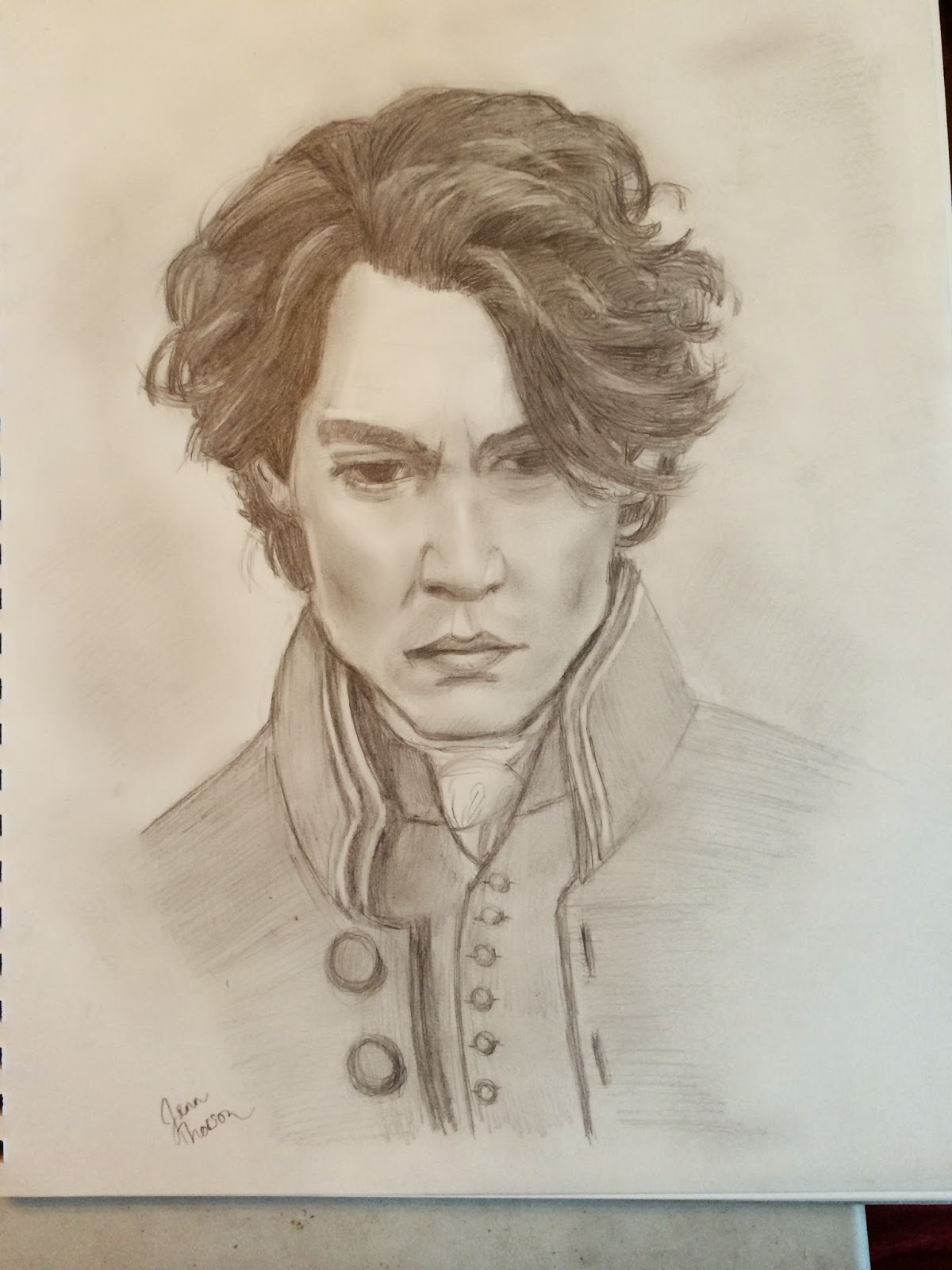 So if you enjoy them, I hope you'll follow me there. (After the many hours of drawing I've done, I'd be all excited to see folks repinning something other than that one pink moth photo I pinned off of someone else six months ago.)