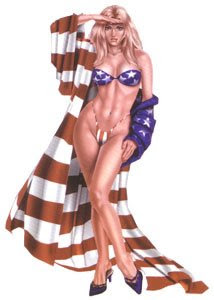 I'm not here to take a political stance.  When the election rolled around, it occurred to me I couldn't help pick out the living room furniture; I really have no business picking out your leaders.  But while perhaps less surprised at the outcome than most, a morbid fascination grew.  For better or worse, we are watching history unfold.


Domestically, I've never felt we are as far along race-wise as we think.  My company, around 300 people, is roughly 30% white, 20% Latino, 25% African American, et cetera.  Then we have subsets of gender, language, religion, politics, and interests.  They do tend to cluster in their own ethnicities, which suggests to me we are all experiencing the "culture" differently, and people sharing similar histories have a gravitational pull socially.  These ever-diminishing groups refine and sharpen their borders the deeper we get.  But I also think my company, were it 100% white male, would break down into similar cliques --so I have a problem with the message "we can all get along just fine ... if we all just think like white males."  It feels like tribal dick-wagging.

And speaking of tribal dick-wagging, the international policies are likely to shift dramatically as well.  That is what actually prompted this post.  You are reading a guy on his second cup of coffee, who, in order to go to work, must convince himself that a piano won't fall on him when he steps outside.  I must navigate a world full of bear attacks, dolphin rapes, bath salts, dolphins on bath salts, plagues, plaques, floods, locusts, and irresponsible uninsured piano movers -all under the all-seeing eye of Kelly Ripa- just to get to the punch clock.  But what about those guys fighting ISIS?  Somewhere, in the middle of a hellish desert battle (remember this isn’t attacking a dessert -you can’t just throw sprinkles on your tank and hope for the best. ISIS would hit you broadside with a strawberry in a second), our soldiers just got new bosses.  New plans.  If a single poorly-chosen manager can decimate a TGIF, what can this mean?

I, for one, won't stand for our selfless protectors overseas getting cold mozzarella sticks and soggy potato skins.