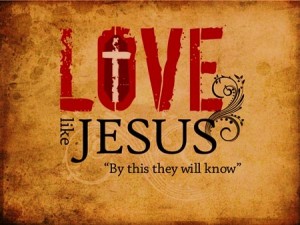 An evangelist boasted during a crusade that his God was more able than all the other gods in the town and the powers of the universe that the villagers worshipped put together. Just then, rainstorm sounds started sounding overhead, threatening the progress of the crusade.
The evangelist lifted up his voice and declared with confidence that if the rains fell, then he wasn't a man of God; he would stop preaching!
Before he could finish his boast , the rains began to hit the crusade grounds so vehemently, apparently in disregard to his declarations !
The whole town left the crusade grounds to their houses, shaking their heads in disappointment and dismay.
The evangelist, so distraught and angry, packed up and left the town the next day. On his way through the next town, he checked into a local drinking spot and drank himself to stupor.
As he laid on the ground cursing God, an old seedy looking man tapped him gently on the shoulder.
"Man of God", the old man began.
But the evangelist quickly cut in, "don't mention the name of God to me. He is fake. He is unreliable. I am no longer a believer in this God. A God who chooses to disgrace his servants. Leave me alone!"
But the old man would not let him be. He continued,"I am the fetish priest in the village you just preached at. During your one week stay in that village, you destroyed all the charms I had made for the people for 45 years!
Your prayers and your words always came with some fearful fire and power. I tried so many times to eliminate you but i couldn't. My last chance came yesterday. I had loaded my gun with gun powder lying in wait on the mountaintop where I had a very clear view of you. My plan was to shoot you from a distance since I couldn't get close enough to you due to the fire around you.
But just when i lifted the gun, the rains came from nowhere, wetting my gunpowder and covering you in a cloud so that i couldn't even see you. All I saw was a bright man holding a sword in front of you. I was so terrified. I concluded that your God was indeed all powerful and Almighty. That is why I 've been looking for you since then. I want to follow this your God!" Alleluia!
The ex-evangelist bowed his head in shame!

Dear friends, sometimes, it is just wise for us to believe that our Father knows the way He is taking us. We should just trust His leading. Let our boast be in the Lord, not in ourselves.
If we decree a thing and it doesn't happen, let us not see it as disappointment or dishonor from the Father. Let us just believe that the Father wants his perfect will to be done in all things.
A friend sent this to me and it has motivated me.
Everything that happens is for a positive purpose for a child of God.
We might not see it but God does everything to always favour us.
God is in control all right!
I found this story in another blog however I am sorry to say that it must have been a late night and I forgot to get the link. If it's your blog let me know. God bless you all