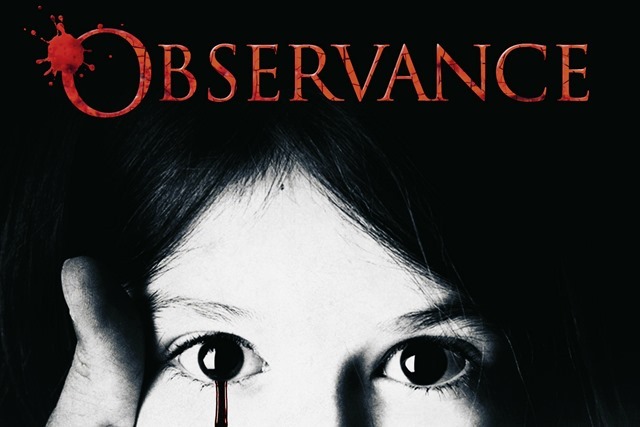 Grief is sticky, a black mass that writhes inside you and feeds on itself, creating a monster that threatens to consume you from within. It is devastation and sleepless nights and nightmares when you eventually succumb to exhaustion and pass out. Grief is bargaining and what ifs and denial. It is when you think you're going mad and then simply wish that you were.

If grief could be caught on celluloid and examined before an audience, it would look a lot like Joseph Sims-Dennett's Observance. Filmed over eleven days with a budget of $10,000 in the oppressive heat of a Sydney summer, Observance is the epitome of a psychological thriller and delves into the very real horrors of a grieving mind. 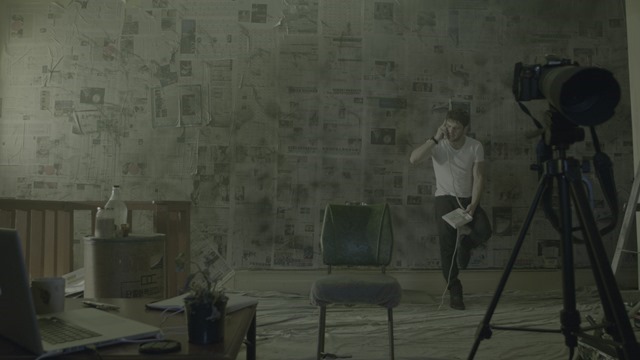 Private investigator Parker (Lindsay Farris) has recently returned to work following the death of his son. Overwhelmed by hospital bills, he accepts a seemingly simple assignment to observe a woman. He sets up in an abandoned apartment across the way from her but soon realises that something is very wrong with the scenario.

The more he begins to question the assignment and the safety of the woman, the higher his employer ups his tariff to sweeten the deal to carry on.

But that is the least of his problems. There is a lurking evil within the apartment, spreading like a virus and threatening to consume Parker. As the underlying horror begins to manifest in increasingly physical assaults on Parker's body, we see him decline into a world of sleeplessness and anguish.

As claustrophobic a horror film as they come, not all of what we see on screen was acting. In a special featurette stars Lindsay Farris and Stephanie King discuss the challenge of working in oppressive Sydney heat and the increasingly uneasy feeling that permeated the apartment during filming. There were also long days and nights of filming, with cast and crew sleeping on site and barely scraping by on two hours of sleep a night.

The result is an utterly convincing performance by both stars, to the extent that their terror is almost palpable.

Joseph Sims-Dennett has an incredible eye for detail and this is evident in the newspapered walls of Parker's apartment contrasted with the light and flow of Tenneal's apartment. When things begin to fester and rot in Parker's apartment, it is everywhere. In his body, souring the milk, seeping down the walls and under his bed. It is the monster in the shed and the demons within him. 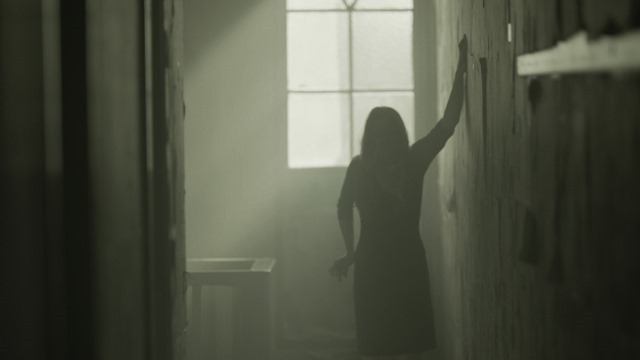 Mostly it lies within Lindsay Farris. Here is an actor who can tell an entire story in his facial expressions and we see it in his fear in Tenneal's apartment, in his growing horror in his own apartment, and in the devastating moments upon waking and realising that his child is still dead.

This level of detail does not feel low budget but it is entirely because Sims-Dennett did not have an arsenal of cheap gimmicks at his disposal that this film works.

Of course, it's entirely possible that Observance is not about grief at all or the loss of a child but without that explanation there are no resolutions in Observance. The climax is shocking and unexpected and the ending abrupt with only a brief glimmer as to what happens afterwards. 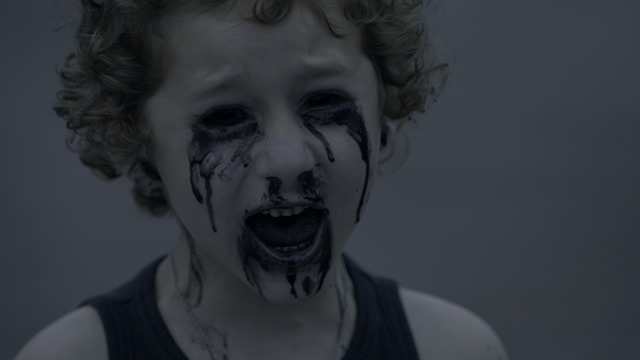 With the sweeping cinematography of ocean scenes and crashing waves, the constant reminder of Parker's loss and the very real feeling that Parker is on a precipice it seems a very plausible explanation. Then again, perhaps this is the kind of film that inspires to view to form their own conclusions?

Observance is without a doubt the best horror film I've seen this year. For surrealism and symbolism,  it reminds me of my favourite horror films Open Grave and The Cutting Room.

I give Observance a superb five out of five stars and recommend it to fans of subtle, metaphoric horror, full of symbolism. Observance is available on Blu-ray, DVD and on demand in the UK and US now.