In the paradise that’s just beyond the horizon is a world where enlightened beings are in perpetual peace and joy, radiant from their deep states of meditative absorption and genuine kind regard toward all. There is no strife or judgment, no war or prejudice.

That’s the heaven on earth that sometimes glows in my heart, one that I long for but know that I only enter ephemerally in this world of where the more pervasive experience is one marked by pain and disagreeability.
Growing from those same ephemeral moments of light though, is a relentless wish to ease that pain and disagreeability to whatever degree I can.

So I know that human beings can never be free from all prejudices all of the time, but there are certain times in history intolerance must be named and confronted.

I’m saddened to have to bear witness to repeated patterns of powerful men degrading, manhandling, and victimizing of women (and never just one) without shame, apology, or consequence. I’m disturbed by the deep-seated racial prejudice (often stacked on top of white privilege) despite the civil rights movement, manifesting and being used to manipulate anywhere subtle gain and influence is critical. On top of that, witnessing the disadvantaged being banned or silenced, all the while ill-treated by some of the most powerful elites.

If possible, I would rather not talk about race and gender. I would be perfectly fine if you leave your color-blind and gender-blind glasses on. After all, discomfort arises when discrimination is observed. Discomfort is also present when I decide that a circumstance deserves to be a battle picked, requiring bias be addressed, discussed, and acted upon, sometimes long term education, vigilant action, and a series of steps henceforth.

As an Asian American female in Buddhist monastic robes, I’ve been pricked by the thorns of prejudice. However, as generations speak of this being 2017, hence equality should be the norm or expected to be so, those who act on their prejudices also claim that this is 2017, their actions are beyond ethnic, religious, or gender biases.

Is there a disconnect between those who use the same “it’s 2017, stupid!” argument? Is there a disconnect between the outcries in the media and social media, through protests and marches, versus the surveys and the polls? Is something missing between the number of women who rallied for a female presidential candidate and women who demonstrated in the peaceful Women’s Marches and the 53% white women who voted for the current president (New York Times, 2016)? Is there a gap in the sentiments between people and companies who boycott on behalf of the Muslim refugees being banned and polls showing a majority of Americans wish to see a ban of Muslims (USA Today, 2017)? 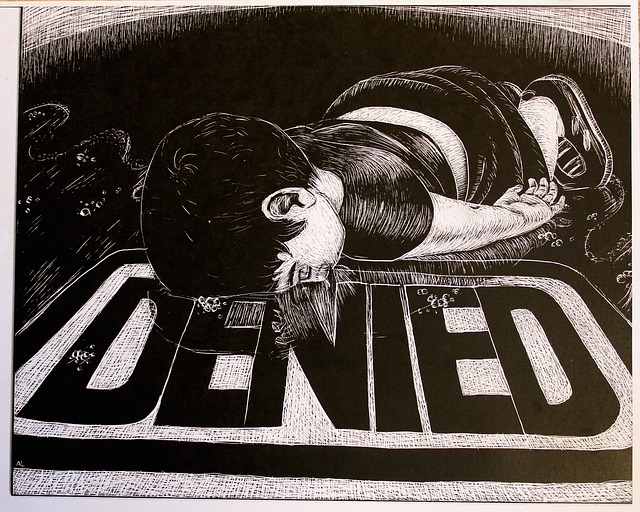 Has the America that an immigrant who felt so welcomed by America at the age of ten know changed so drastically? Has America become intolerant and unwelcoming? Or do Americans vote one way but try to voice their politically correct public opinions another way?

I think the way to understand “American” is for more Americans to tone down the noise outside. Take some time to listen to your values and needs as an American, to that voice reverberating at the depth of your being. Take some time to listen deeply to those who disagree with your views when you’re ready. Shouting matches and bitter insults only sting, not ameliorate.

It’s time for me to stop trying to wrap my head around what happened in the last election and what has happened to my ideas about America. It is now time to tap into that source of wisdom and compassion, getting ready for my next local election vote, your next encounter with someone who seems different, our next presidential election, and our years together as Americans in this flagship land of immigrants and the American dream.

Guo Cheen is a founder of North American Buddhist Alliance and The Compassion Network. She is one of many trying to connect Buddhists across North America, including through a series of female teachers webinars on Gender and Race in a New Era.