How Astronomy Can Change Your Understanding of Life 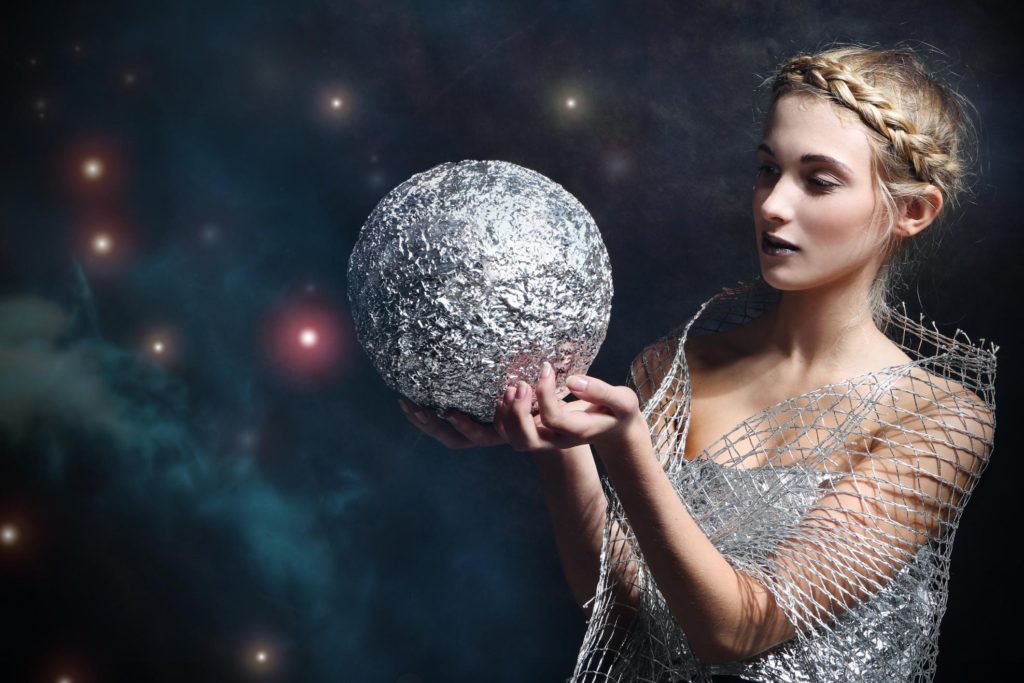 “For small creatures such as we, the vastness of the Universe is bearable only through love.” – Carl Sagan

Until the early 1500s, our reasoning about our existence in the Universe was heavily influenced by religious dogma. Virtually everyone back then believed that Earth was the center of the Universe and that we humans played a superior role in the cosmic kingdom, as decreed by the church authorities.

This theory was eventually challenged in 1543 by a polish scientist named Nicolaus Copernicus, who proposed that Earth, along with other planets, revolved around the sun. Although his model was not completely accurate, it provided a breakthrough in the scientific world, and was developed further by Galileo Galilei in 1632.

Most people, particularly the religious institutions, were not ready to accept this truth. Copernicus cleverly published his findings two months before his death to avoid being penalized for questioning the sanctity of the Catholic churches’ beliefs. Galileo didn’t wait until his last days to declare his findings and had to therefore face charges for committing heresy, and found himself under house arrest.

Fortunately, we’ve come a long way from those days. Nowadays, we’re led by our curiosity and we’re open to examining any existing theories and assumptions that we have about the Universe. Our collective evolution, along with bourgeoning technological advancement, has allowed us to literally reach out for the stars and get more acquainted with the incomprehensibly large expanse of outer space.

Most of us learn about the solar system and the Universe in school, but once we step into adulthood, we retract into our own personal bubble and lose that “cosmic consciousness” and inquisitiveness that we’re naturally born with as children. As a kid, I had a deep fascination for astronomy. I stuck glow-in-the-dark stars in my room, watched Star Trek every week, and dreamed of becoming an astronaut one day. 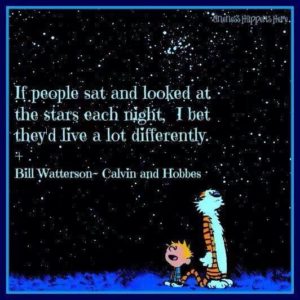 My interest faded away once I got preoccupied with life and the complexities of growing up. It was not until my sophomore year in college that I was able to rekindle my passion. My father gifted me a DVD box set of Carl Sagan’s Cosmos documentary series. What I loved most of about Sagan’s narrative (besides the mind-boggling facts) was his ability to intertwine the study of the cosmos with spirituality.

According to Sagan, science is not only compatible with spirituality but it is a profound source of spirituality. And he was not the only one to suggest this. Several astronauts who have seen Earth from space have had profoundly awakening, spiritual experiences. A number of them have experienced significant cognitive and spiritual shifts, invoked by feelings of oneness and unity with a Higher Power.

Dr Edgar Mitchell, who was the sixth person to walk on the moon, documented in his scientific biography about his moment of transcendence and enlightenment, which he had on his way back from the moon. While looking at Earth and the cosmos from his spacecraft window, he acquired a deep knowing of our interconnectedness and how we humans get consumed by greed and ego when we miss the big picture.

Upon returning to Earth, he tried to make sense of the other-worldly sensation he experienced in space, by referring to ancient Indian religious scriptures. He found that the description of samadhi, which is when someone’s consciousness temporarily dissolves into Brahman (the highest state of consciousness), matched what he felt during his spiritual awakening. He described it as “seeing things in their separateness, but experiencing them viscerally as a unity, as oneness, accompanied by ecstasy”.

Now the majority of us won’t have the opportunity to visit outer space in our lifetimes, but that doesn’t mean that we can’t experience a similar sense of awe and wonder from celestial encounters. We can find great beauty, wisdom and perspective in exploring this arena, by seeking tantalizing glimpses of our planet, solar system and universe, which have evolved over billions of years.

We can do a number of things to connect with our ancient home, such as visiting planetariums, stargazing (with or without a telescope) in our backyard, observing astronomical phenomenons such as eclipses and meteor showers, or traveling to places that have exceptionally clear night skies, and following NASA and other space-oriented organizations on social media.

I’m convinced that if we step out of the minutia of our daily existence and allow ourselves to soak in the cosmic magic and the magnificence of life on Earth, we’ll instantly elevate our state of mind and being. We’ll develop both a global and cosmic consciousness that’ll give us a humble perspective of our place in the grand scheme of things. Here are some other ways astronomy can change our understanding of life:

So the next time you’re having a tough day, all you need to do is pause, take a deep breath and tilt your head towards the sky. As you observe the soothing hues that color the heavens, let go of your worries and allow your mind to drift into a dream that’s filled with wonder, bliss and oneness with all that is.

Question for you: Do you enjoy learning about astronomy? If you do, how has it changed your understanding of life? 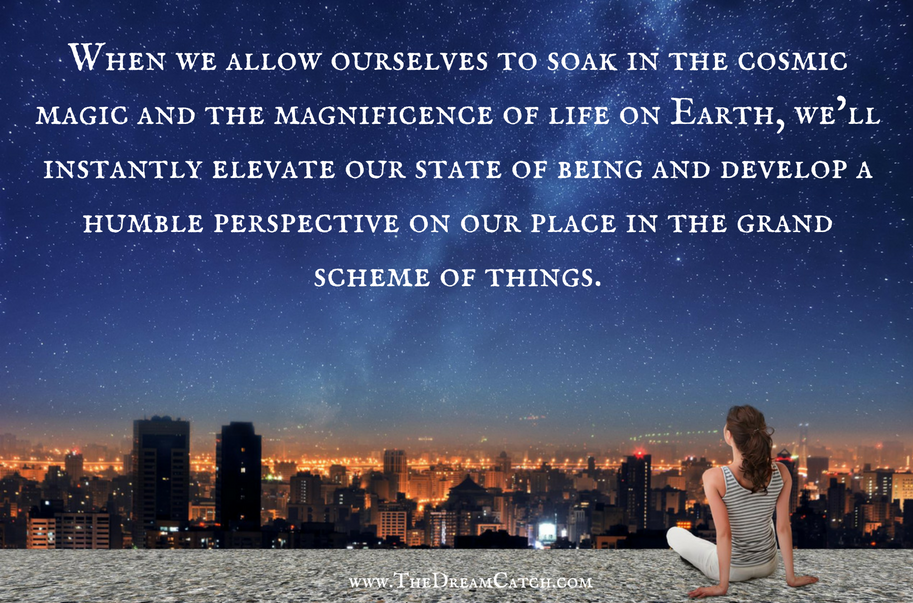