How to Make & Use a Tourniquet: An Illustrated Guide 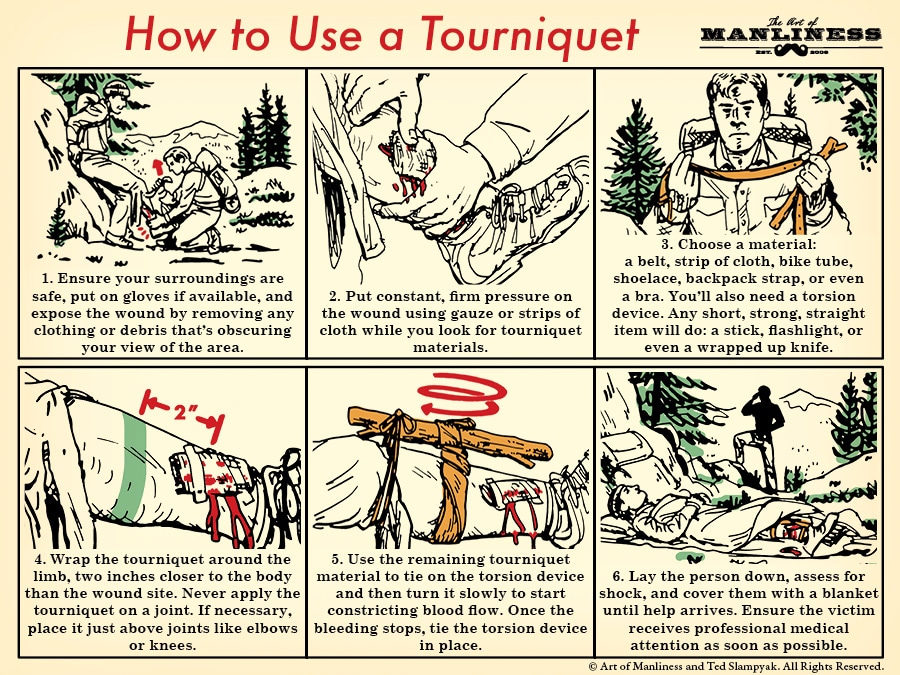 Tourniquets exist in a class of medical techniques associated with wilderness survival and military medicine primarily because they are only used in drastic, uncontrollable circumstances. Whether on the battlefield or some distant peak, a tourniquet is often the only way to stop excessive bleeding to severely injured limbs. Using a strip of fabric, belt, or other material, tourniquets constrict blood flow until the wound can be attended to by medical professionals.

During World War II, tourniquets were used heavily in the field, but because soldiers often had to wait hours on end to be seen by surgeons and medics, their constricted limbs suffered nerve and tissue damage that forced amputations. The perceived relationship between tourniquets and amputation caused them to fall out of use for decades, but new research from the battlefields of Iraq and Afghanistan has shown that, when used correctly, the benefits of tourniquets far outweigh the risks, especially in circumstances where patients can receive proper medical care within a few hours of their application.

The bottom line is that when blood loss from a limb injury risks death, a tourniquet is a lifesaving technique that cannot be ignored.