How to Tie Lashings 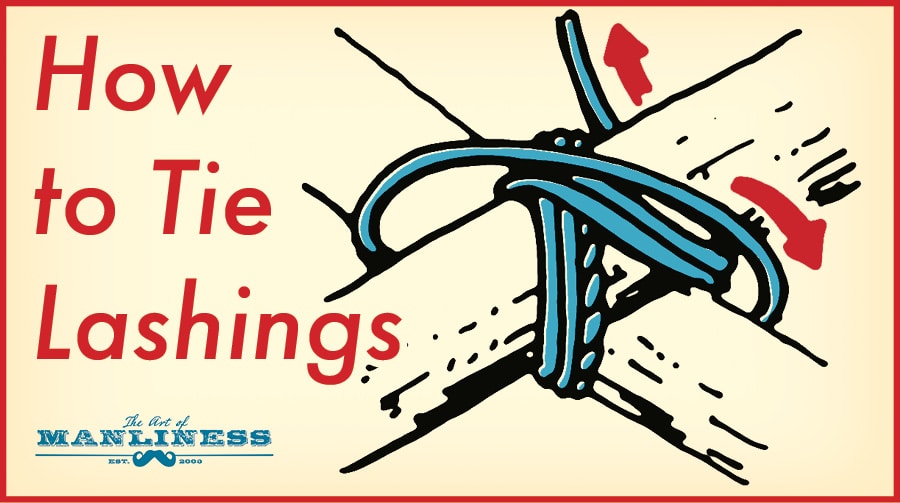 The number of ways a person can tie things together is more or less limitless, from the thousands and thousands of legitimate knots and roping techniques used by sailors, hunters, and savvy outdoorsmen, to the countless impromptu tangles and knot nests crafted by those of us too impatient to learn anything more than a never-ending square knot.

But in that infinite fray of tying techniques, lashing is one of the most practical and easy to learn. At its basic, lashing is a method used to secure two things (often poles or pole-like items) together. A knowledge of lashing requires an understanding of two terms: wrapping and frapping. A wrap and a frap are two different techniques used when lashing. To wrap is to wind your binding material, usually rope, around your poles. To frap is to wind your binding material around itself, usually in-between your poles. Wrapping brings the poles together, while frapping generally tightens the lashing and helps prevent the poles from rotating in place. Before you start practicing your lashing skills, brush up on how to tie a clove hitch and a timber hitch, as they come in handy when beginning or ending your lashing.

Below you’ll find illustrated instructions on how to tie the 3 most useful lashings: square, diagonal, and shear. 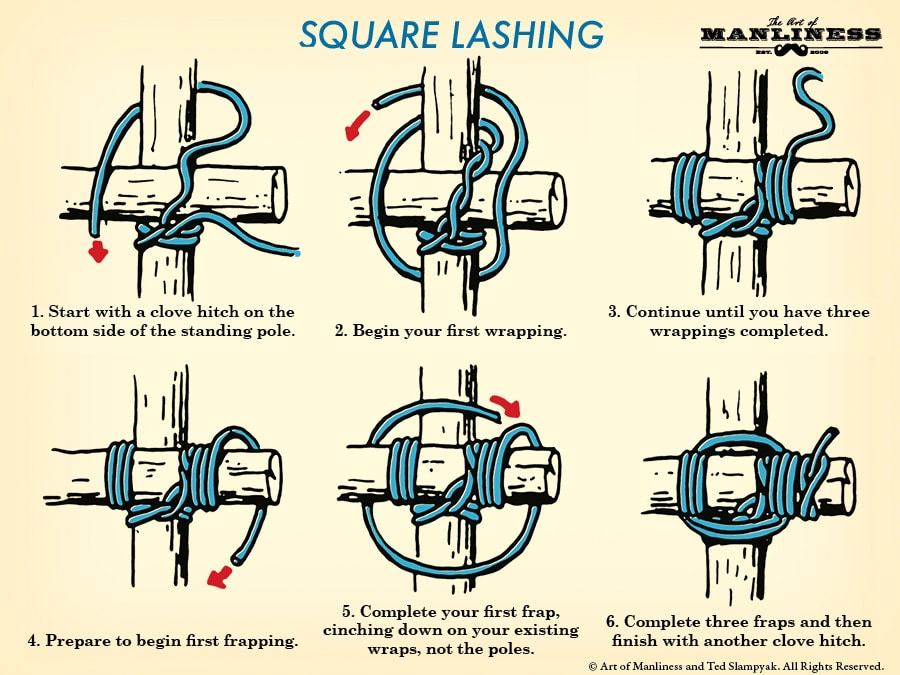 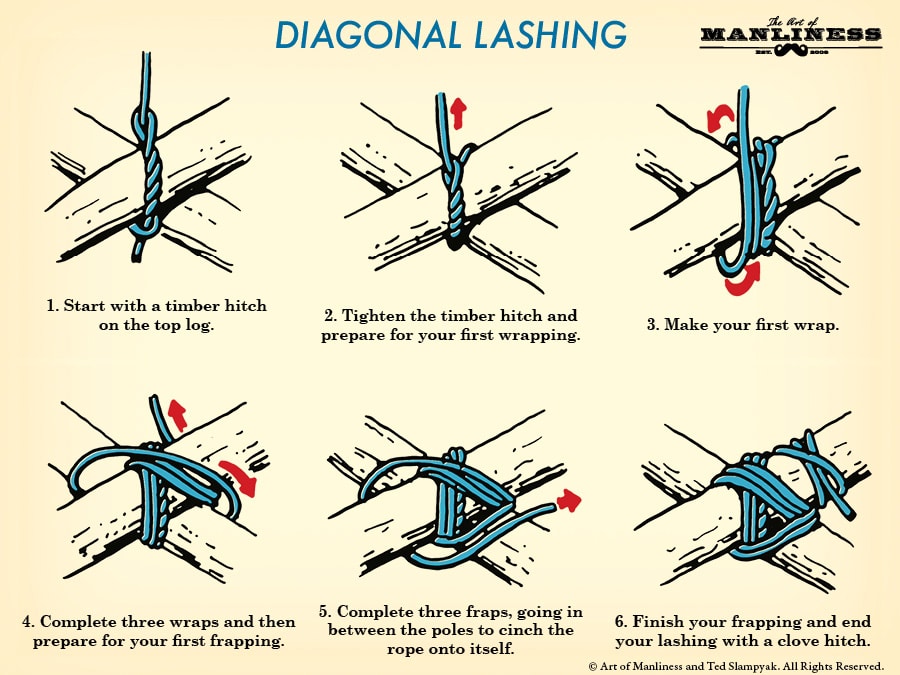 A diagonal lashing is used to bind two poles together diagonally and prevent racking, which is the term given when poles twist or rotate within their lashing. Like a square lashing, the poles do come together at right angles, but in a diagonal lashing the poles themselves are diagonal to the ground or the load which they are supporting, like the legs of a picnic table. 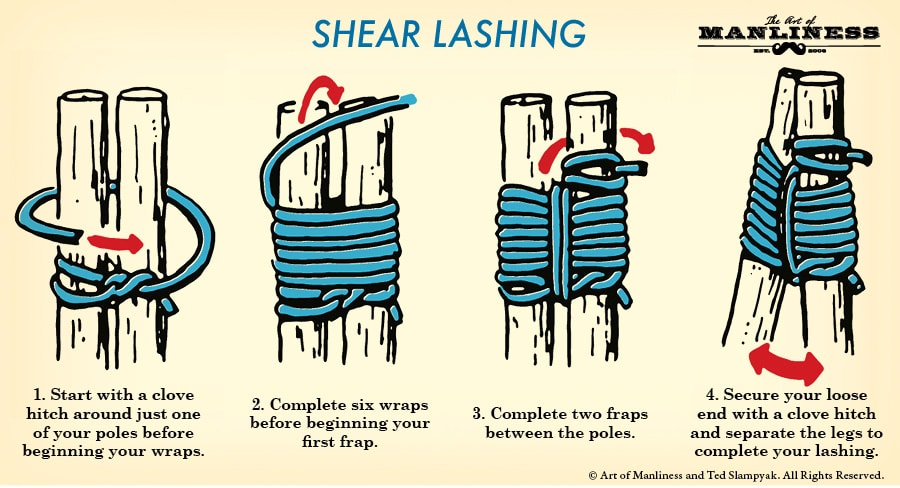 A shear lashing is used when you need to bind two poles at their tops so that they can ultimately support weight, like the legs of a sawhorse or the basic supports of an A-frame structure. When starting a shear lashing, begin with your poles parallel and adjacent to each other. After the lashing is completed, you can separate the legs to create the basic A-frame shape.