In Hot Pursuit of Scorching Fun

blogcatalog
The second installment of the Maze Runner franchise that not all is lost, even during the Apocalypse
ON CONTINUITY 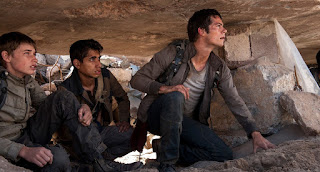 ARTH VADER (AV): Faster than I would have thought, we got ourselves another Scorch Trials installment. I was surprised to have enjoyed the first film so much but I quickly forgot all about the campy ‘kids save the world’ story so when this one came out in the summer of 2015, I was like “huh–already?” The film comes hot on the heels of the first Maze Runner and as the first one was surprisingly good, my concern was simply; can the second one maintain form? Not a tall order but I had my doubts. How about you, Ponty? 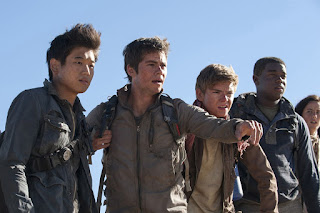 THE PONTIFICATOR (TP): This film picks up where the last one left off…and like the last one, diverges greatly from the original book it was based on. This was to be expected though since the film adaption of the entire story left the books with the first installment... and will likely continue to the end of the trilogy. At least this film lines up with the first and in that, there is perfect continuity.
CASTING, DIRECTING AND ACTING 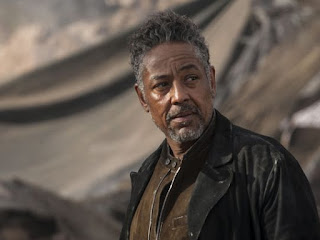 AV: Scorch Trials brings back an impressively talented cast of young Maze Runners, as Director Wes Ball expands his world of the and brings us new and compelling details of world that’s no longer ours but has become something else entirely. Let’s face it, Ponty, the acting is no great shakes anywhere in this flick but I don’t know if that’s the fault of the actors. The screenplay tries to involve the viewer and doesn’t fail, while not making a whole lot of linear sense. Still, the story is embraceable and we get so much more out of Scorch Trials than I would have thought, wouldn’t you say sir? 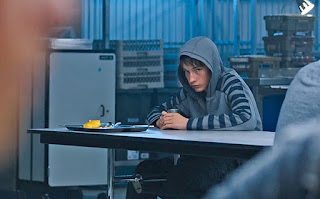 TP: I wasn’t taken with any of the returning original cast Vader, even though they played their roles adequately (just barley so in some cases), I was more intrigued with the new additions to the cast. Jacob Lofland was particularly interesting in his role as Aris with his quiet demeanor and willingness to get involved. Although I like Aiden Gillen, he seemed to come off as just an alternate version of “Little Finger” (his Game of Thrones role)… worming his way to the WY.K.D throne. Giancarlo Esposito was a surprise and added some spice to the cast with his role as wheeler and dealer, but ultimately a concerned parent looking for a better life. Lastly was the unexpected appearance of Barry Pepper. Although he didn’t have a huge role, I haven’t seen him in awhile and it was good to see him return to the silver screen.
SPECIAL EFFECTS 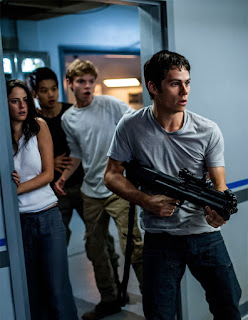 AV: It was hard not to to be impressed by this film’s visual effects. Massive CGI city environments-like the rolling electrical storms and crazy weather, as well as fantastic landscapes and of course (Spoilers!), Zombies. I gotta’ admit my friend, I did NOT see that one coming! Sure I might have if I read the books, but hey, c’mon what is this a library?

The addition of Zombies, even different types of them, was kind of low hanging fruit from a story-teller’s standpoint but I loved it all the same. Really! Seeing brainless undead hordes chase our Maze-running heroes out of a blasted out skyscraper submerged in sand is one of the most compelling single moments of 2015 effects cinema. 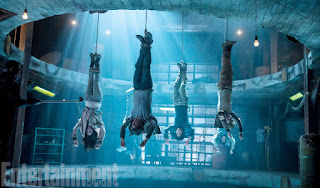 TP: There was no new ground broken, but the effects were still well done and moved the story along for what it was…a giant chase film. With that, there isn’t much that need be done except having stuff pop out at various times coupled with camera play to distort the senses. It works well for what it was intended to do. 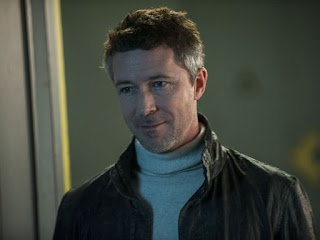 AV: Okay, so in the review of the first installment of the Maze Running chronicles, I was left with a number of questions like, why are they there, and who put them there and why are they being watched. Sadly, I’m not sure I have those answers. Yes, I am aware the organization that set up the whole Maze observation dynamic was revealed but, why would ANYONE dedicate such large-scale technological, human, and logistical resources to such experiments? It make no sense to me. But I guess some things just have to hold our suspended belief. It’s my least favorite storytelling component to these movies. What did you think? 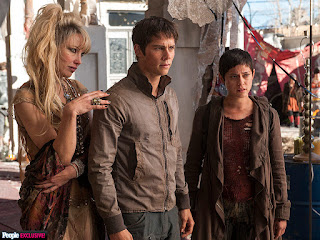 TP: Where do I start Vader? Perhaps I’ll start with the lunacy that in the middle of a chase, or while still being in peril, is somehow the perfect opportunity to stop and demand a detailed explanation for why you are running for your life. No? How about splitting up in dangerous and unfamiliar territory that is no doubt riddled with danger? If that wasn’t bad enough, how about leaving a perfectly functioning gun behind so one of your party can commit suicide? Uh... throwing away an empty canteen, so in the off chance you actually do come across more water in the desert, you have no place to store it? What about setting your place to blow up because you are under attack by hostile forces, and you only take ONE of the six or seven guns you have, and leave the rest. Oh… my personal favorite is coming to a fork in the road and deciding to explore the scary creepy looking tendrils on the wall and follow them back to a place of horror… and continue to explore! These are just some of the idiocy and lunacy that simply killed this film for me.
ON SEQUELS 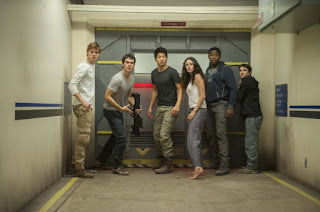 AV: This film left the audience in a bit of a cliff-hanger so we are more than likely going to get another installment. I am quite interested in seeing how the story raps up in the next chapter. The culmination of robotic monsters (from the first film) and ravenous, black-blooded Zombies in film two makes me anxious to see if those two (adversaries) go to war or if there is a third terror unleashed on our heroes Runners as they head back for the final showdown.
TP: There is going to be a third film. In fact I have heard that the last film might even be split into two films ala “Hunger Games.” All I can say is if it is more of the same, I will probably be just as annoyed watching it as I was watching this film.
RATE IT! 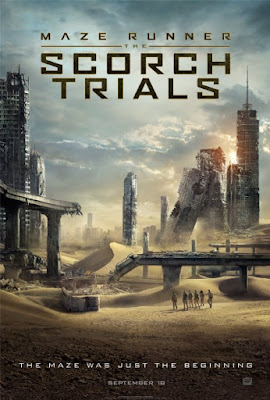 ARTH VADER Rates Maze Runner: The Scorch Trials: With a great–if not predictable–final battle wrought with tears, feel-good heroics and some good, old-fashioned Hollywood explosions and gun play, you’ll enjoy Maze Runner: The Scorch Trials. I dare say even better than the first, this film does a solid job of engaging the audience and I need to re-iterate, for any Zombie-lovers out there, this film has got the goods. Well-paced, loaded with good-looking CGI and a story that’s good enough to move things along, I’d line up seven (7) Busted Blocks and drop them into a monster-laden, zombie-infested wasteland and watch the good time roll.

THE PONTIFICATOR rates Maze Runner: The Scorch Trials:  Maybe it’s hubris when I say that I think I’m just too intelligent for this film, but when nearly every scene has me scratching my head wondering what the heck the characters are thinking when they do some of the dumb stuff they do…I have to wonder if people actually wrote this film or was it a room full of chimpanzees as part of some vile experiment. This film seems to have gotten lost in its own maze of idiocy and could only manage to find five (5) busted blocks
Maze Runner: The Scorch Trials: 6 / 10 Busted Blocks