Is economics becoming a branch of psychology? 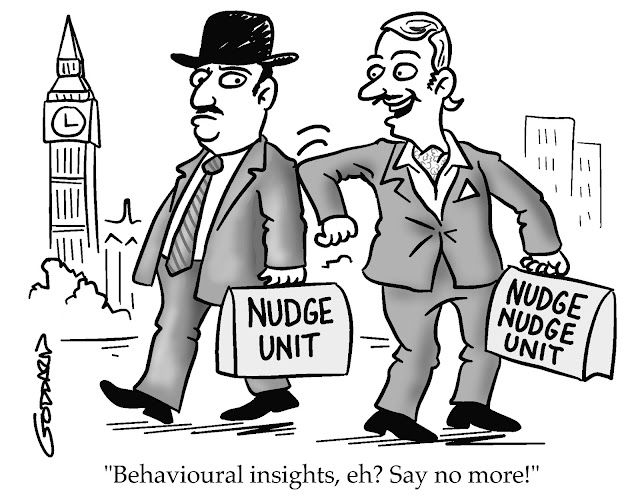 I began pondering this question while reading Misbehaving, Richard Thaler’s entertaining and somewhat triumphalist account of his career in helping to establish behavioral economics. The fact that Thaler was made president of the American Economic Association in 2015 might signal growing acceptance within the profession that economics should be built on the insights that psychology provides about human motivation and behaviour, rather than on conventional neoclassical assumptions about individual rationality. For those who accept Lionel Robbins famous definition of economics as “a science which studies human behaviour as a relationship between ends and scarce means which have alternative uses” and consider the rise of behavioral economics in that context, it would not involve a huge leap to suggest that all economics is behavioral economics, and therefore a branch of psychology.
It is acknowledged that behavioral economists seem to behave in many respects more like economists than psychologists, but that could, perhaps, be interpreted as a clever use of psychology. In the absence of behavioural economics, it would have been easy for economists to continue to ignore psychologists who suggest that the it is not realistic to assume that individuals maximize utility. It has been much more difficult for economists to ignore one of their number who makes the same point, while suggesting that the assumption that humans behave like mythical Econs should be retained as a benchmark against which actual human behaviour should be assessed. Early in the book Thaler writes:
“Theories based on the assumption that everyone is an Econ should not be discarded. They remain useful as starting points for more realistic models” (p7).
When it suits his purpose I think Thaler also uses the conventional utility maximizing assumption as a normative benchmark (just as many economists have wrongly used the concept of perfect competition as a normative benchmark). Although he claims that it “has never been my point to say that there is something wrong with people”, a lot of his efforts have been directed toward suggesting that humans make systematic cognitive errors that can be ameliorated by the “nudges” provided by wise government agencies. I have previously argued (here and here) that while the libertarian paternalism Thaler advocates is preferable to coercive paternalism, people need to be vigilant to ensure that they not being nudged toward choices that are contrary to their interests. We need apps to advise us whether or not to accept the default options offered to us by “choice architects”.
I cannot resist feeling bemused that during the period while psychology was gradually being welcomed into economics, like a Trojan horse, neoclassical economists were widely held to be behaving like imperialists, invading the subject matter of other social sciences, following the leadership of Gary Becker. Paradoxically, using the neoclassical assumption of individual welfare maximization, economists have been able to provide some useful insights to the study crime, the family, education and many other topics. Even when disciplinary overreach was fairly obvious, as in the theory of rational drug addiction, it has been plausibly argued that people like Becker challenged researchers to develop alternative theories and to confront those theories with data. The challenge of economists’ imperialism lives on in popular discourse, such as Freakonomics, as well as universities.
Perhaps the Trojan horse of behavioural economics will thrive within the broad domain of economic imperialism. We might see a convergence of psychology and economics in the study of a wide range of issues.
However, as I see it, the fundamentals of economics will continue to remain largely unaffected by both behavioural economics and the conventional neoclassical assumptions about individual welfare maximization. The theory of choice is worthy of study, but it is not as central to economics as it has commonly been claimed to be. Lionel Robbins definition of economics as being about solving allocative problems has tended to distract from the more important role of economists in studying “the propensity in human nature” to “truck, barter, and exchange one thing for another” and how this promotes “general opulence” or human flourishing.  The quoted words were, of course, used by Adam Smith in The Wealth of Nations.
In his article “What should economists do?”, published in 1964, James Buchanan argued that the theory of choice should be removed from “its position of eminence in the economist’s thought processes”. He suggested that economists should concentrate their attention on human behaviour in market relationships and other voluntaristic exchange processes, and upon the various institutional arrangements that can arise as a result of this form of activity.
Since Vernon Smith has studied how such institutions can emerge in experimental settings, it is fitting that he should be given the last word here:
“Individual choice … is not where the action is in understanding economic performance and human achievement. … The main work of socioeconomic systems is in specialization and the exchange systems that make possible the wealth they create, not the minutiae of choice and preference representation. The functioning of these systems is far beyond the field of vision of the individual, but it should not be beyond the vision of economic science” (Rationality in Economics, p 156).

By coincidence, not long after I had finished writing this post I was enjoying my daily quota of Bourgeois Equality by Deirdre McCloskey, when came across this:

“Nowadays the behavioral economics of, say, Dan Ariely does a job of demolishing claims of individual rationality in moderns. Yet it too commits the Weberian mistake of focusing on individual psychology instead of group sociology and market economics. The experimental economics of Vernon Smith, Bart Wilson, Erik Kimbrough, and others, by contrast, works always with groups, showing that a wisdom of crowds often prevails over psychological shortsightedness and calculative confusion. And by the way, it makes a good case that property arises without the help of the state or the nudging of the clerisy” (p 282).