Is Financial Compatibility Important When Choosing a Life Partner? 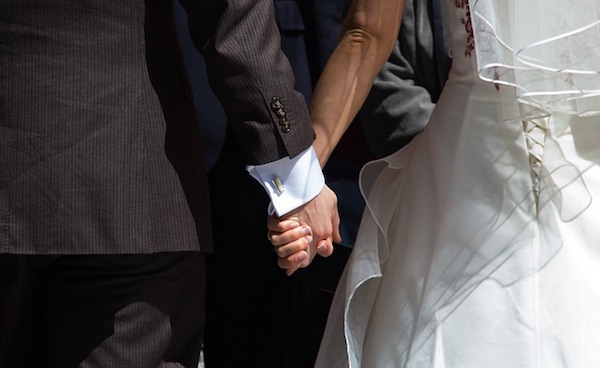 If you’re a romantic at heart, if you believe that choosing a life partner isn’t something you think about and plan for but something that just happens, if you believe in “love at first sight” and in “happily ever after,” then I suspect you will strongly object to this article.

The Importance of Compatibility

When my then-boyfriend asked me to marry him, years ago, I said “yes,” and I felt that I had made the right decision, not just because I was in love with him and found him attractive, or because he was my best friend, but also because I knew we were compatible.

We were compatible on many levels, including our financial belief system. It was important to me to marry a man who shared my core belief system. I knew that it was possible to have a loving, long-lasting relationship with someone who’s very different than you are, but I also knew that those relationships can have a lot of friction. I also knew that money issues are one of the topics couples argue about the most.

Bringing Up The Subject

Even if you agree that financial behavior of a future partner matters, and even if you’re certain you have identified issues with your partners’ behavior that could cause future friction and arguments, how do you approach the subject with them? This is a delicate topic, but I hate to think that some people avoid bringing it up just because they feel uncomfortable doing so.

It’s a lot like the topic of children – if you feel strongly about having or not having kids, will you marry someone without bringing up the topic first and finding out how they feel about it?

As much as discussing finances might feel uncomfortable, or unromantic, it is crucial to address issues before committing, and the best way to do that is to be as straightforward as you can. So if you’re frugal and debt-free but have noticed that your boyfriend has splurged over the past year on a luxury watch and on a luxury car that he can’t really afford, financing both purchases with credit, you absolutely have to bring it up with him – assuming your relationship is serious. Otherwise, it’s obviously none of your business.

If You Can’t Bridge The Gap, Should You Still Get Married?

This is ultimately up to you, of course. To go back to the example of children, many people decide to take the risk and marry someone even though they want kids and their partner does not. They hope that their partner would change their mind down the road. In some cases, they do. But in other cases, the relationship suffers, because the issue of kids is a huge one.

Financial issues are just as major as the issue of kids. You can marry someone who is in huge debt, and hope that you would be able to educate them and that together you would be able to get out of debt and start saving. But you need to be confident that your partner is willing to change.

What do you think? Are you and your partner compatible when it comes to financial beliefs? Do you think it’s important?